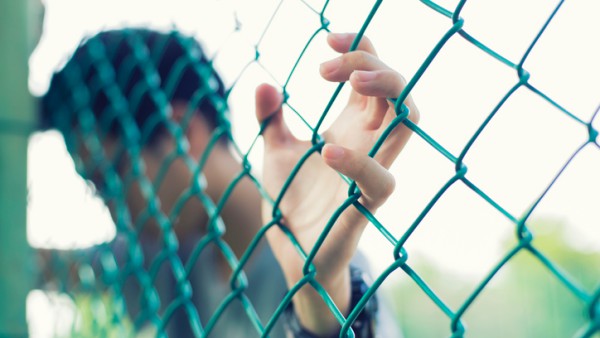 Duane is an eloquent 19-year-old who enjoys discussing world history and Russian literature. He has taught himself to count in multiple foreign languages and hopes to be an ambassador someday.

This is not your typical teen — or youth inmate. He immersed himself in liberal arts while serving a sentence at Beaumont Juvenile Correctional Center in Virginia. He plans to go to college, sharing with fellow residents at a Beaumont event that “this place is not the end for us.”

Duane is among a small group of juvenile offenders who, through works they’re studying, learn that they can change their life’s course. But Duane is rare among a very large population of committed youths, most of whom don’t believe that’s possible.

There were about 70,000 youths in corrections nationwide on any given day in 2010. The average yearly cost to rehabilitate one juvenile offender in 2008 was $66,000 to $ 88,000, according to statistics from the American Correctional Association and the Annie E. Casey Foundation report. This amounts to more than $4.6 billion per year, conservatively speaking, yet 75 percent of these offenders will be re-arrested within three years, and half or more convicted of a new offense. So whether our system is rehabilitating these youths is questionable at best.

In 2014, Attorney General Eric Holder and Education Secretary Arne Duncan appeared ready to do something about it. They released a new set of guidelines for improving the education of incarcerated youths. “This announcement,” Holder said, “is born of the recognition that in this great country, children — and I mean all children — deserve equal access to a high-quality education. And this is no less true for children who are in the juvenile justice system.”

But what exactly this high-quality education was to consist of was far less clear from Holder’s and Duncan’s report, and four years later, their aspirations of transforming the lives of incarcerated youth remain unrealized.

Many committed youths receive vocational training and the opportunity to attend high school classes and earn their GEDs. But society has failed to expose these youths to educational experiences that would fundamentally change the way they think, act and feel about themselves, the world and their role in it.

I have witnessed such transformations over the past nine years while teaching an undergraduate course I created at the University of Virginia called “Books Behind Bars: Life, Literature, and Leadership.” My students join correctional center residents in discussions related to classic works of Russian literature.

The questions at the heart of these conversations —

— are the ones teenage inmates most need to be thinking about. They need an education that doesn’t just teach them things but also transforms their worldview. Sadly, confinement in a secure facility can encourage them to become better criminals, not better people. Reading Tolstoy and Dostoevsky is helping to change that. And because this is part of a university class, it costs the Department of Juvenile Justice nothing.

Data about this course being collected by a research team at U-Va. indicate that the vast majority of the residents taking the class have shown increased interest in attending college. At least two have enrolled in college.

Many of these youths said they weren’t taken seriously as students even before they arrived at Beaumont. No wonder many of them don’t trust their ability to succeed. They are, on average, more than two grades behind their non-incarcerated peers. But my U-Va. students treat them as peers who have something of value to contribute to conversations about literature and life.

Course residents report greater success with job interviews within the facility and more self-confidence about facing similar interviews once released. Some report better impulse control and more effective decision-making as a result of life lessons learned through reading and discussing the literature.

But perhaps most striking are residents’ accounts of how the course gives them a sense of freedom and personal worth. These feelings, often hard to come by in prison, prepare them for the transition to life beyond bars.

At a celebration a few months before he was released, Duane described to a room full of Beaumont and U-Va. class participants what this experience meant to him.

This course “really opens up another window for us to look out of and a door for us to walk out of . . . we can be able to do something like this in the near future.”

Society should do everything it can to open new doors for young men to walk out of juvenile corrections and stay out. We can begin by offering them educational opportunities that change not just what they know, but how they think.

Facebook11Tweet3PinEmail1Shares15
wpDiscuz
Share this ArticleLike this article? Email it to a friend!
Email sent!