Some things happened so long ago, it’s hard to tell

real from dream, like that time it rains and the tomboy from Sunberry Street busts
the rusty lock on a green door under an abandoned house on her street and we find baskets

piles, ruby, amber, emerald, sapphire, which I pack away neatly under a cowboy
hat on my father’s plywood shelves, but next day, the jewels are gone. Robbed. The world’s

a cruel place, but while I am down there, I spy dad’s Playboy calendar, tan Miss July
hangs by a nail, splayed on a bed, white garters and knee socks and nothing else

making a face that says, you’re a funny sort of man, says, I like playing with this patch of fuzz
as much as you miss what’s been stolen, and for some reason I open the brown door

pull down my pants to show her my nakedness too, hands on hips like I’m willing to wait
five years for her beckoning to be real because I’m too young for even those prepubescent

erections. Some things happened so long ago, it’s hard
to tell real from dream, like when I move into the bartender’s house I’ve been seeing and we

own two of everything so my big brass bed stays in the kitchen covered with a red and gold
comforter and one night, the middle of winter, an old girlfriend of mine comes to drink

all the bartender’s whiskey and she jumps on the kitchen bed and folds that comforter
over her shoulders and tries to look seductive. We think she’ll never leave

and he threatens to call the cops. Another night his favorite woman
friend comes in the height of a heat wave and we grill up fish, they smoke at the patio table,

play cards, and she gives me a hard look that says, you’re too young for him, says,
you won’t be here long, and she drinks till her eyes twitch and she leaves with her blouse

hidden somewhere—and he rolls over into a mounting pose and the grill’s still full
of hot embers. We leave the door open to hear the city’s tires roll on summer asphalt.

Anthony DiPietro is a New England native who worked for 12 years in nonprofit organizations on issues such as violence, abuse, and income inequality. Last year, he moved to Eastern Long Island and joined Stony Brook University as a candidate for an MFA in poetry. A graduate of Brown University with honors in Creative Writing, his poems have appeared or are forthcoming in The Woman Inc, Talking River, Assaracus, The American Journal of Poetry, and The Southampton Review. 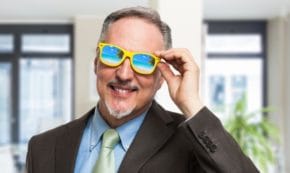 END_OF_DOCUMENT_TOKEN_TO_BE_REPLACED

Facebook77TweetPinEmailShares77
wpDiscuz
Share this ArticleLike this article? Email it to a friend!
Email sent!