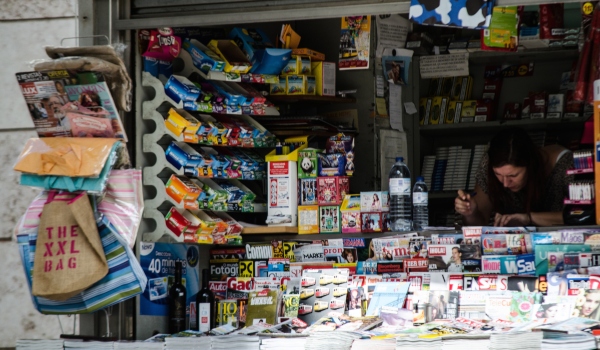 LONDON, 22 August, 2019 − Rich and poor countries see the challenge of the growing crisis quite differently: for the wealthy it revolves around climate denial, while for those in poverty it’s a matter of life and death.

In the developing world, climate news is presented by the media as an international problem. In the rich world newspapers, broadcasters and websites tend to see it as a political issue, according to researchers at the University of Kansas.

And in the richest country of all, climate news is presented as a contentious issue. That is, according to a massive study by Californian scientists, the people who say climate change is not happening, or not a problem, get 49% more coverage than the scientists who have the evidence that it represents a serious and accelerating crisis.

Even in the mainstream outlets, distinguished climate scientists tend to get no more visibility than those – often not scientists – who challenge their conclusions.

Journalism is based on fairness: a willingness to listen carefully to competing arguments. In the newspaper trade, this is called balance. But according to three researchers who worked through 200,000 research papers and 100,000 digital and print media articles, the balance is false.

“It’s not just false balance; the numbers show that the media are ‘balancing’ experts − who represent the overwhelming majority of scientists − with the views of a relative handful of non-experts,” said Anthony LeRoy Westerling of the University of California, Merced.

“Most of the contrarians are not scientists, and the ones who are have very thin credentials. They are not in the same league with top scientists. They aren’t even in the league of the average career scientist.”

They then identified the 100 most prominent of each group in the 100 most prominent media outlets. Across the spectrum, the contrarians achieved the higher score, with more than 26,000 articles presenting their views, compared with17,530 presenting the science for climate change. When they zeroed in on 30 selected media outlets the score evened, but the difference was less than 1%.

“Most of the contrarians are not scientists, and the ones who are have very thin credentials. They aren’t even in the league of the average career scientist”

“Political reporting focuses its narrative around conflict and looks to highlight competing voices, rather than telling the story of the science.”

In the global study, scientists report in the journal Global Environmental Change that they examined the framing of media coverage in 37,000 articles in 45 countries on all inhabited continents between 2011 and 2015, to find that the deciding factor in perception was simple: the gross domestic product per capita, the economists’ favourite measure of wealth.

In the rich countries, the issue was presented as if it revolved around domestic politics and climate science. In the poorer countries, it became an international issue and the concerns were centred on the impact of the climate crisis.

“As communications researchers we want to know, if climate change entered public discussion more than 30 years ago and we’ve been covering it as a global problem since, why can’t we slow the warming climate down,” said Hong Vu, who studies mass communication at the University of Kansas.

“If we want the public to have better awareness of climate change, we need to have media imparting it in an immediate sense. By looking at how they have portrayed it, we can better understand how to improve it, and hopefully make it a priority that is reflected in policy.” − Climate News Network