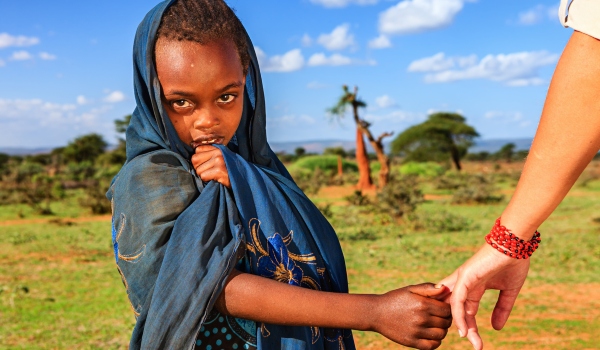 When it comes to women’s tenure rights, even laws that recognize communal and collective land tenure systems may not be enough if they are not gender sensitive.

During a session on women’s tenure security over common resources at the recent World Bank conference on land and poverty in Washington D.C., researchers pointed out some of the issues that lead to situations where, as Ruth Meinzen Dick, senior research fellow at the International Food Policy Research Institute, described it, “women fall between two stools. They neither get the security of customary or collective tenure, nor do they actually usually acquire secure rights from the state.”

Women cannot inherit land and, if they leave it fallow, risk losing it altogether

In northern Ghana, for example, focus groups aimed at exploring gender inequality in customary land tenure systems revealed that men, who own more than 90 percent of the land in the region, believe that women have rights because husbands must provide their wives with land to till. But access is not the same as control, said Gina Rico Mendez a researcher at Mississippi State University’s Social Science Research Center. Women cannot inherit land and, if they leave it fallow, risk losing it altogether.

“Land tenure insecurity may inhibit women farmers from having an economic incentive to invest in their plots, from securing loans and agricultural training, and the capacity to make decisions to control land,” she said.

“The regulatory frameworks, in many cases, lack a gender perspective,” said Rico, which “can perpetuate women’s exclusion from equitable land rights.”

According to Hope Otieno, of the National Legal Aid Service in Kenya, both the formal and customary legal systems in that country are inadequate in protecting women’s rights to common property. “The Community Land Act which governs common property resources, and also prohibits discrimination, is not gender sensitive,” she said.

The Public Participation Process held when part of the Yala Swamp on Kenya’s east coast was expropriated for agriculture is just one example of that. “Few women, less than 10 percent of the total, participated in the public consultation,” she said, “and among them, most felt that their voices were not heard. They were not allowed to hold views different from the men, and were not even actually allowed to speak out.”

“The rate of female poverty in the area increased”

As a result, “there was unfair distribution of the scarce resources that remained after the land was expropriated,” she said. “Male-centric activities were given priority so that land was set aside for grazing but not for harvesting papyrus leaves that women use for basketry and weaving. The rate of female poverty in the area increased.”

What’s more, resolving disputes over land access and tenure are problematic. Women often rely on traditional resolution bodies, said Otieno, but these bodies are dominated by men. Even when women make up 40 percent of the dispute resolution group, women “don’t push for their voices to be heard because that is the system,” she said. “It’s what has happened before.

“With the formal resolution methods, the courts,” she added, “women often don’t understand the process, for one, and secondly, it’s expensive. Women don’t have the economic power to go to the courts. So it’s not working out for them.”

Another problem for women’s tenure rights occurs when the focus is on establishing individual or household land rights.

In northern Ghana, said Rico, “We are starting to see an evolution from changes to customary land tenure systems to individual rights and the effects of that. The context is one where the international demand for certain commodities is really pushing a change in land tenure systems. This can also have potential effects on food security, because the focus on community production could happen at the expense of food crops.”

“A lot of the time, people think you secure women’s land rights by giving them an individual title,” said Ruth Meinzen-Dick, senior research fellow at the International Food Policy Research Insititute. “Then there are real risks of privatization and individualization, of dispossession of whole groups, and of fragmentation of those resources.

Securing women’s land rights with a title will not be effective, she said, “if it’s at the expense of those social relationships which also provide a lot of other security for women. You are not going to take her out of the environment, so how do you work within that?”

When women play a proactive role in securing collective rights to land and to resources, moreover, it greatly enhances their status within their communities. Making sure they have the opportunity can do that should be part of any land tenure policy.

It may be difficult and complicated to achieve, said Meinzen-Dick, “but it’s what we have to do not only for women but for the viability of the environment and the really valuable ecosystem services that these resources provide.”