Get Daily Email
Join/Login CLOSE
Home / Featured Content / Could the Meaning of Life Be Lorem Ipsum? 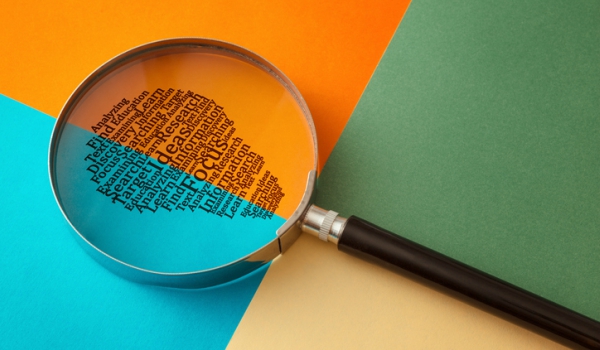 What if you discovered that the meaning of life was somehow hidden right under your nose?

Suppose the most important idea in the entire universe was written down in plain sight, but overlooked by everyone. That the words, assumed to be nothing but incomprehensible garbage, were being used as a filler — placeholder text for graphic design? That would be pretty ironic, wouldn’t it?

Lorem ipsum is the name given to the (mangled) Latin text commonly used in publishing as a generic placeholder, since around the 1960s. It allows designers to arrange the visual elements of a page of text, such as font and layout, without being distracted by the content. Other Latinate words are occasionally used because it’s assumed just to be garbage. Here is a typical example, though, of some lorem ipsum placeholder text.

Here’s the thing: the Lorem ipsum text isn’t actually meaningless. The Latin was so corrupt that the original source was almost unrecognizable. Nevertheless, in the early 1980s, a Latin scholar called Richard McClintock, based in Virginia, accidentally discovered the source of the passage is a well-known philosophical text. It’s derived from a book called De Finibus, which was written in the first century BC, by the famous Roman statesman and philosopher, Cicero. He was a follower of the philosophy taught by Plato’s successors in what’s known as the “Academic” school.

The Meaning of Life

Although it’s usually just referred to as De Finibus, the full Latin title is De Finibus Bonorum et Malorum, which is notoriously tricky to translate into English. Literally, it means “On the ends of good and evil”, but really it concerns different philosophical views about the best way of life, which comes fairly close to what we would refer to today as the “meaning of life”.

De Finibus is a series of five dialogues in which Cicero portrays himself and his friends discussing the major schools of Roman philosophy. After weighing the pros and cons of Epicureanism and Stoicism, Cicero concludes with an account of the “Middle Platonism” introduced to the Academy by his own teacher, Antiochus of Ascalon. Overall, Cicero found himself more in agreement with Stoicism than Epicureanism. His personal brand of Platonism, like that of his teacher, probably assimilated many aspects of Stoicism, as well as Aristotelianism. However, although broadly sympathetic to this eclectic philosophy Cicero also notes its flaws. His conclusion is unclear and may be in favor of a more skeptical form of Platonism. Overall, what Cicero, therefore, gives us in De Finibus is a fascinating overview of several competing philosophical perspectives.

Cicero’s friend and political rival, the great Roman republican hero, Cato of Utica, is portrayed as speaking in defense of Stoicism. The series of dialogues as a whole is framed in terms of a discussion between Cicero and Cato’s nephew, Brutus, the lead assassin of the dictator Julius Caesar. However, the lorem ipsum text comes from the first book of De Finibus, in which a Roman statesman and philosopher, renowned for his Greek scholarship, Lucius Torquatus is portrayed as offering a summary and defense of Epicurean philosophy as a way of life.

So what does the passage from which lorem ipsum comes actually say? Well the placeholder text itself is pretty garbled but the passages it occurs in (De Finibus, 1.10.32–33) basically show Torquatus defending Epicurus’ philosophical doctrine that the most important thing in life is the experience of pleasure. This idea was widely rebuked in the ancient world, not least by Stoic and Academic philosophers such as Cato and Cicero. However, Torquatus argues that those who criticize the pursuit of pleasure do so not because they think pleasure itself is bad but because harmful consequences often follow from irrational over-indulgence. The Epicurean philosophy was more sophisticated than this, though. Epicurus proposed that wisdom consists in the rational long-term pursuit of pleasures that are natural and lasting, which he associated with practical wisdom and the attainment of supreme emotional tranquillity (ataraxia).

The central paradox of Epicureanism is that achieving lasting pleasure and freedom from pain often requires us to endure short-term pain or discomfort. We may also have to renounce certain transient pleasures for the sake of our own long-term happiness. Epicurus, therefore, recommended living a very simple life. For example, someone who is serious about maximizing their own pleasure and who pursues it philosophically might judge it prudent to undertake vigorous physical exercise and follow a healthy diet, enduring “short-term pain for long-term gain,” as we say today. Torquatus says that the pursuit of pleasure has undeservedly acquired a bad name because people confuse the foolish and reckless pursuit of short-term pleasures with the prudent long-term pursuit of pleasure taught by Epicurus and his followers.

The whole of the relevant section from De Finibus reads as follows in H. Rackham’s 1914 Loeb Classical Library translation, with the fragments included in the lorem ipsum placeholder text in bold:

But I must explain to you how all this mistaken idea of denouncing of a pleasure and praising pain was born and I will give you a complete account of the system, and expound the actual teachings of [Epicurus,] the great explorer of the truth, the master-builder of human happiness. No one rejects, dislikes, or avoids pleasure itself, because it is pleasure, but because those who do not know how to pursue pleasure rationally encounter consequences that are extremely painful. Nor again is there anyone who loves or pursues or desires to obtain pain of itself, because it is pain, but occasionally circumstances occur in which toil and pain can procure him some great pleasure. To take a trivial example, which of us ever undertakes laborious physical exercise, except to obtain some advantage from it? But who has any right to find fault with a man who chooses to enjoy a pleasure that has no annoying consequences, or one who avoids a pain that produces no resultant pleasure?

On the other hand, we denounce with righteous indignation and dislike men who are so beguiled and demoralized by the charms of pleasure of the moment, so blinded by desire, that they cannot foresee the pain and trouble that are bound to ensue; and equal blame belongs to those who fail in their duty through weakness of will, which is the same as saying through shrinking from toil and pain. These cases are perfectly simple and easy to distinguish. In a free hour, when our power of choice is untrammeled and when nothing prevents our being able to do what we like best, every pleasure is to be welcomed and every pain avoided. But in certain circumstances and owing to the claims of duty or the obligations of business it will frequently occur that pleasures have to be repudiated and annoyances accepted. The wise man therefore always holds in these matters to this principle of selection: he rejects pleasures to secure other greater pleasures, or else he endures pains to avoid worse pains.

Although Torquatus is portrayed as defending this philosophy of life, it seems clear that Cicero was unconvinced. In the following chapters, Cato is depicted arguing in favor of the opposing Stoic position. The Stoics believed that the meaning or purpose of life is the pursuit of wisdom and virtue, first and foremost, rather than seeking pleasure or tranquillity. Then again, the Academic philosopher Antiochus’ view is presented as being that the best life consists in a combination of virtue and sufficient “external goods”, such as health, property, and friends, etc. Nevertheless, many people today continue to be drawn to Epicureanism. Maybe this is because it provides a fairly sophisticated account of one of a handful of perennial philosophies of life that recur in different forms throughout the ages.

Cicero took these conflicting philosophical views about the most important thing in life very seriously indeed and tried to carefully evaluate their pros and cons. What do you think? Was this a bad philosophy that deserved to be consigned to the dustbin of history or is the meaning of life hidden in the garbage of the lorem ipsum placeholder text?

Facebook32Tweet1PinEmailShares33
wpDiscuz
0
0
Would love your thoughts, please comment.x
()
x
| Reply
Share this ArticleLike this article? Email it to a friend!
Email sent!