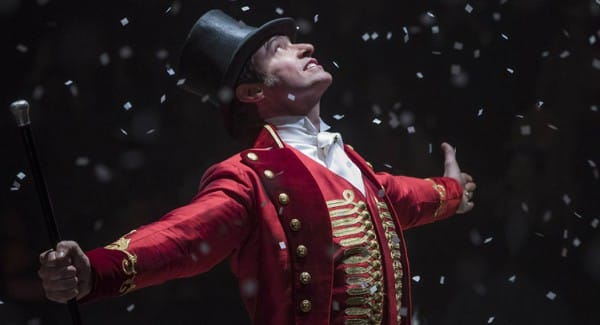 Growing up with musical parents as I did, it’s probably not surprising that I enjoy musicals. Richard Rodgers and Oscar Hammerstein were regular musical fixtures in my home, as were Stephen Sondheim, W. S. Gilbert, Arthur Sullivan, Alan Lerner, and Frederick Loewe. I so enjoyed musicals that when my father started teaching a course at Marietta College about the Modern American Musical, I tried to convince him to let me audit the course. Turns out it was booked solid both semesters.

I’m not sure that I’ve got a favorite musical though. I do like certain songs from certain shows, but as for a favorite show? Not really. Maybe it changes from time to time. For example, I was a big fan of Camelot for quite a while, as well as South Pacific. I loved The Sound of Music as well. I’m kind of burned out on the songs these days though. It may have something to do with my Pandora Showtunes channel though.

But I’ve seen lots of musicals and musical films.

My dad was a regular conductor for the Actors Guild of Parkersburg shows, and it’s another one of my musical regrets that I never performed with him. I didn’t have the skills needed in a musical pit orchestra though. With the space limitations (orchestra pits are extremely compact), they can’t afford someone who can only play one instrument. I did work on Oklahoma! as technical crew though. My high school band played several selections from A Chorus Line as well.

For whatever reason, I was prepared to not like the show. P. T. Barnum has not always carried a favorable public opinion. Many people still think of him as a huckster and a fraud. His name has long been (wrongly) associated with the phrase “There’s a sucker born every minute.” I knew him as the founder of the circus that bore his name for over a hundred years, as well as the “Feejee mermaid” hoax and the “This way to the egress” trick signs. I didn’t know he was the mayor of Bridgeport, Connecticut, or that he was instrumental in founding the Bridgeport Hospital, was a temperance speaker, and an abolitionist. The things you learn about a person after you see a movie about them.

But Olivia loves to sing and dance, and we had date night, so I ponied up the twenty bucks and away we went.

It didn’t try to be historical. It wasn’t intended to be accurate. I came away thinking the movie wasn’t so much about Barnum as it was intended to tell people that it’s okay to be yourself, and be proud of who you are.

The music was great. I hadn’t seen Les Misérables, so I didn’t know how well Hugh Jackman could sing. I really only knew him as Logan, so seeing him in this was interesting, to say the least.

Naturally, when a show like this comes along, everyone and his brother (or sister) starts releasing their own versions of the music. I’m looking forward to Home Free, one of my favorite a cappella groups, covering something from the movie. I think a lot of the songs lend themselves really well to a cappella versions.

One of the things I love about cover songs is that they expose me to groups I might not have listened to, thanks to YouTube’s algorithms. I started listening to the Greatest Showman soundtrack on Youtube a while back, and now the cover songs are popping up in the “Up Next” playlist. Here are some of my favorites from what I’ve listened to over the last couple of weeks. I hope enjoy these. Pop on down to the comments section, and tell me what your favorite musical is or your favorite song from The Greatest Showman.