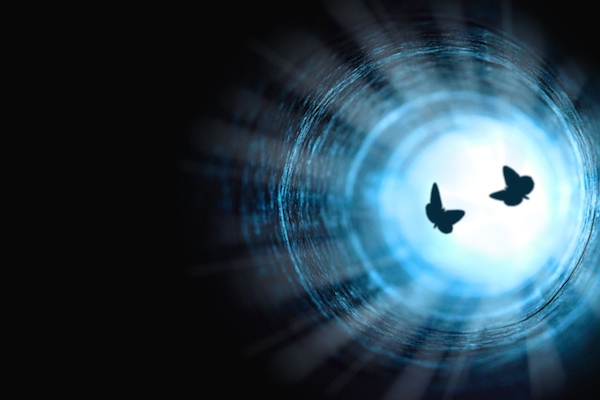 Opportunity might be right in front of our faces, but we don’t see it. Or we choose not to recognize a chance for success for one reason or another. 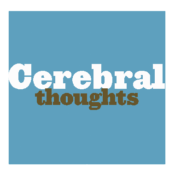 Maybe our situation causes emotional or physical pain. Maybe it brings us back to a bad place in our lives – or perhaps we don’t quite know how to deal with our current circumstances. The part that sometimes gets lost in the pain and struggle, however, is everything eventually comes full circle.

These thoughts were so far away from my conscience in the first few months of 2015. My diagnosis of Graves’ Disease took a very long time to pin down and had a tremendous amount of weight behind it. Not only was it a heavy dose of reality, but it physically drained the energy out of me like nothing else did before. it didn’t help that my body temperature escalated at an alarming rate, as heat is a major trigger for Graves’ Disease. Not only that, but I was wide awake every hour of every night. This is another clear sign Graves’ had me in its grasp.

This vicious cycle continued for months on end, with regular doctor visits to Pittsburgh. I was a lifeless ragdoll stuck in a skeleton’s body because I was also losing a lot of weight. I couldn’t eat, sleep or hold my head up – let alone write. It got to the point where I had to resign from my position as Social Justice Editor at The Good Men Project. I was barely meeting my deadlines at the other publications I was writing for, so I made the gut-wrenching decision to temporarily stop writing.

My body told me I needed to stop, but my brain told me otherwise. Months turned into years, and I was still struggling to function like a normal human being. Calls came pouring in from family members, who frantically checked in on me. They checked in with my parents every day, every week to see if anything had changed. I wasn’t getting better, and everyone knew it.

When I lost the strength to write, I knew I was sick. It was an indication Graves’ wasn’t going away quickly or quietly, if at all. My symptoms were still strong enough to knock me down. I heard everything my thyroid specialist in Pittsburgh said – treatment for this would be long-term and the disease itself is extremely temperamental. In fact, I checked every single box off when I was given a list of initial symptoms upon arriving in her office in the dead of winter in 2015.

I had hit rock bottom, but I needed my own proof that things were as bad as my body was indicating. My inability to string a sentence together was all the proof I needed. As ill as I was, I reached a point where I had to come to terms with this. I had to accept the fact my life had drastically changed literally overnight. Most importantly, I had to accept I may never be the same again.

The next several years would be even more of a delicate balancing act. I wasn’t getting better, but I wasn’t getting worse, either. I had been taking thyroid medication for long enough it somewhat stabilized the disease, but I couldn’t feel a difference. I thought back to all the times I’ve had to fight – for myself and everything I’ve ever wanted. I also thought about my family and how they’ve always been there for me.

It was then I quietly decided I was done being sad, angry and whatever else I was feeling. It wasn’t going to change the fact I had Graves’ Disease. Nor was any of this going to magically go away. It was time to move on, even if it was inch by inch. The light at the end of this tunnel, however, would be brighter than I ever imagined.

I slowly started to come alive in the months that followed – eating, gaining the weight I’d lost and learning how to be myself again. Writing didn’t come as easily, and I didn’t expect it to. I built myself up to writing because I didn’t want to force it. I did, however, want to get back to the same level and quality of work I had before I got sick. Or as close to it as possible.

It was a very gradual, painstaking process – like crawling out of a deep hole. It was also something I was not prepared for. If I didn’t make peace with what was going on, I knew I would be miserable. I needed to prove to myself that Graves’ Disease wasn’t going to get the best of me, even though it was the worst thing I’ve ever been through from a physical standpoint. And it still is.

I picked myself up as I began getting my life back on track. I poured my heart into every article I wrote and put my stamp on everything I sent out to publishers. I also dusted off the manuscript for my book of poetry and sent it out as well. That will always hold a special place in my heart because it was the blueprint for the theater production I directed in college – which became my senior project. I still wanted a chance to share the project with everyone all these years later. More importantly, I still believed there was a place for it in the world.

So, I submitted the manuscript to as many book publishers as I could. I was desperately trying to find some middle ground between being a writer and a patient with Graves’ Disease. I constantly had to stop whatever I was doing because my symptoms would flare up. I’d let them run through me and then go back to writing. It became an exhausting routine, but I tolerated it because I had finally gotten strong enough to write again.

I continued to build myself back up, with the manuscript for my book floating around to potential publishers and the ongoing support of family, friends and my former professors at Penn State Altoona. It was June 2017 by now. I was still doing whatever I could to get my manuscript published while balancing a plethora of deadlines. Little did I know, my world was about to drastically change again – this time with a letter from the staff at Finishing Line Press.

They were on the list of publishers I had sent my manuscript to, but I didn’t think they’d send a personal reply back– especially after I’d been rejected by more than a dozen publishers. I held the envelope my mom brought down to my bedroom after getting the mail. I held it in my hand for a long few minutes – thinking, hoping and praying this was the break I needed to finally smash through the glass ceiling I’d been chipping away at for as long as I can remember.

It may feel like things will never change when you’re in a bad place. You might not even be the one who put yourself there, but you’re the one who decides whether or not to stay there.

Facebook19Tweet2Pin1EmailShares22
wpDiscuz
Share this ArticleLike this article? Email it to a friend!
Email sent!