Especially the more fundamentalist and evangelical among you.

I really need to say something, and for you to hear it.

I hope you won’t take it the wrong way, though I suspect you might.

I say it without hostility towards you, your faith, or your right to practice it. Honestly, it’s nothing personal.

My wife is a Christian, as is my mom, and three-fourths of my ancestral lineage. My daughters were both Baptized, though admittedly in an Episcopal Church, so make of that what you will.

I suspect you’ll make a face of some sort.

I know that sounds judgy, and I don’t mean to judge you without knowing you. But that’s the thing: I sorta do know you.

I’ve known you all of my life.

And over the years, I’ve come to realize how little you understand what it means to be anything but Christian.

There’s a word for that.

It’s one you probably don’t like much, especially when applied to you. But it’s the only one that fits, so here it is — privilege.

In this case, the privilege of obliviousness.

Obliviousness to what it’s like to be Jewish, Muslim, Hindu, Sikh, or of no faith in a country like this — one that, as you never stop reminding us, was meant to be a Christian nation.

Oh, I know you say Judeo-Christian nowadays, though as a Jew, I’ve often wondered which Judeo part you mean?

Surely it’s not the part where we insist Jesus was not the Messiah prophesied in Scripture, right? I’m figuring you don’t like that part much.

And it’s not the part where we take our Sabbath from Friday night to Saturday night, right? I mean, we can’t keep two sabbath days holy. After all, there’s commerce to get done, and you really want Sunday for church.

And football. And golf.

Anyway, back to my point.

You’ve had it pretty easy as the dominant religious group in America.

You’ve been able to take for granted certain things, like the ubiquity of your holidays, opening governmental meetings with prayer — usually delivered by Christian clergy — and the ease with which you ask people you’ve just met things like, “Where do you go to Church?”

Because you assume they must go to one somewhere.

Not a mosque, or a synagogue or temple, but a church.

They must have a “church family,” as you often say.

For years you took organized school prayer for granted and still haven’t gotten over the Supreme Court telling you that was unconstitutional 60 years ago.

You’ve been fighting that one ever since.

Recently you took up the cause of a high school football coach whose practice of praying at mid-field after games, along with any players or spectators who might choose to join him, had been deemed an unlawful endorsement of religion by a de facto agent of the state.

To hear you tell it, restricting his ability to pray this way was an imposition on the coach’s religious liberty. Yes, he was a school official, but his prayer circle at mid-field was neither an official act nor compulsory. Thus, it should never have been proscribed.

The Supreme Court apparently agrees with you.

But what I need for you to do is to consider the privilege and entitlement that animates your position on this matter.

To feel the pressure, however unspoken, to participate in a display of piety counter to your own tradition or faith?

I know the Supreme Court didn’t consider this important, but I’m not talking to them. I’m talking to you, so please, mull it over.

Imagine being on that team and having a coach who was Muslim gather at mid-field and offer up a prayer to Allah.

Remember, Allah is merely an Arabic word for God — it is not, in other words, a name for a deity foreign to you — and yet, I suspect you would find such a thing uncomfortable.

So too, if he followed some animist tradition and encouraged others to join him mid-field for a ceremony to honor the Earth or the spirit of creation in us all.

Of course, I realize these images are absurd.

Do you know why?

Because no Muslim, no animist, no coach of any faith other than yours would dream of doing anything like this.

Even we who are Jewish, thereby putting the Judeo in that tradition you claim to regard so highly, would never think to do it.

First, because unless we find ourselves at the Wailing Wall, we tend to frown on the public performance of prayer, unlike you. Despite the Bible telling you (in Matthew 6:5–6) to pray in your closet — because God views public piety as hypocritical and counterfeit — you can’t seem to help yourself.

Which, by the way, is fascinating.

And second, we would never presume the entitlement to subject others to our displays of faith or pressure them to join us, lest they fear that their abstention might cause their playing time to be cut or their teammates to ostracize them.

When I was a kid playing youth baseball, my coach — a Christian like yourself — thought nothing of having the entire team pray before our games.

And I never objected.

Not because it didn’t bother me, but because at 10, 11, or 12, I felt that to do otherwise would mark me as an outcast to my teammates.

So I remained quiet.

But that’s not the point.

What matters is that he never had to think about it.

To him, public religiosity was normal, and he couldn’t imagine anyone taking issue because he’d never been a religious (or irreligious) minority.

Just like my middle school principal thought nothing of having the entire 7th and 8th grade attend a mandatory assembly in which a Young Life representative testified about his personal relationship with Jesus and how we all needed one.

Imagine that principal’s discomfort when I — having felt no loyalty to him the way I did my coach — walked out and, when confronted, told him I was going to call my lawyer.

Yes, I challenged his blatantly unconstitutional act. And yes, technically, anyone could challenge their teacher, coach, or principal if and when they tried to make them engage in a religious action or modeled such in a way that suggests, even implicitly, that others should follow suit.

But no child should have to make that choice.

And it’s only the privilege of your position in this culture that renders you unable to see that.

And it’s your sense of entitlement that causes you to view the need of a devout Christian to pray in the middle of a school football field as more important than the need to make sure all of one’s players and their families feel welcome at the game.

Notice, I don’t dispute the coach’s right to pray anywhere he might choose to do so. It isn’t the act of prayer that is in question here. It’s the public nature of the act when it begins to involve dozens of others on the team or among the crowd that concerns me.

And even if one accepts the judgment of the Court that such a thing should be allowed, there is still the issue of whether one should do it.

If you know that something you do makes others feel excluded and marginalized, why would you persist?

Again, the answer is entitlement. It is the feeling that your need to perform your faith — even though you could pray silently to yourself without anyone even knowing you were doing it — is so sacrosanct as to render the feelings of others irrelevant.

You seem to believe that asking you not to pray at a moment and in a place like that is a substantial limitation on your liberties but that pressuring others to participate or feel like outcasts is not a considerable imposition upon theirs.

And in this regard, you are wrong.

It’s OK to be wrong, of course. We all are from time to time.

I’m simply asking you to consider what it means not merely to share your faith with others or display it in a public place, which is your right, but to be someone for whom that display is experienced as a threat.

A threat of exclusion, of un-belonging — the professing of spiritual superiority.

And if, having considered the feelings of others, you decide that your need to pray publicly — not your right but your need to do so — is still more important, perhaps you’ll do me one last favor.

Tell me: who are you trying to convince of your faithfulness?

This post was previously published on Tim Wise’s blog. 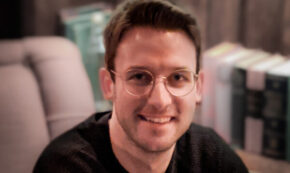