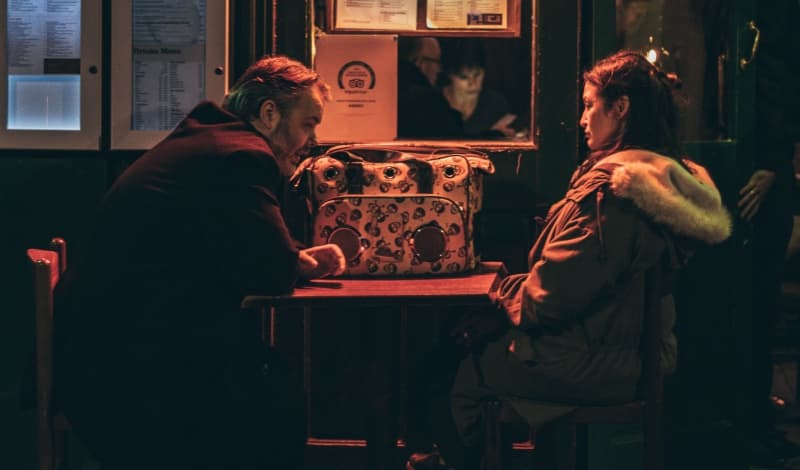 Divorce — a tale as old as time… at least in last few decades. We all know the stories, it was likely you went to school and had a host of friends who had divorced families. We live in a day and age where this is the “new normal” of familial living.

Everyone has a different story: some saw their parents fight daily when they were young; others were protected and weren’t shown the ugly dynamic of their parents ripping away from one another. In this current generation, more and more children are seeing the “empty nest” syndrome in their parents where, without them, there’s nothing grounding the family together.

I want to share my own experience because there’s much to learn both as a parent and as a fellow adult child of divorce. It is not pretty when it happens, but often the most neglected person in situations like these are those adult children who are left picking up the pieces of both sides of the family as well as trying to wrestle with their own conceptions of family and their place within it.

I remember the day I figured it out. It was a few weeks into my return home during the Summer after my sophomore year of college. It was a good year. I had found love, had an established group of friends, and was looking forward to some internships during that break.

Home was a rude awakening.

As soon as I moved back in, I could tell something was off in the air. The way my parents acted and talked with one another. The way they acted with me — like they were hiding something. Then the fighting began. Arguments would be had on a scale I’d never heard before. It was like walking on eggshells in a home I didn’t even recognize anymore.

My parents were never the typical lovey-dovey couple. But I never believed they had true issues. Sure, my dad was a little messy and lazy and my mom could be selfish at times, but I never had it in my mind that they were capable of divorce. They also came from a background of faith of which never allowed for that sort of thing to happen. Looking back at my childhood now, they tolerated each other with bouts of brief happiness before sinking back into that pit of endless tolerance. At least, I had thought it was endless.

So, after having dinner out, when my parents returned home and fought, and my mom came up to tell me she was going to be leaving for a few days, I was flabbergasted. This wasn’t possible, this isn’t something that my parents would do. And so she left. I was leaving myself for a month-long internship in Washington that next week, but she reassured me that she’d be back in time to see me off. That was a lie.

Two days before I was supposed to leave, I received a text that she was extending her time away and that she wouldn’t be able to see me. She was sorry. All the while, my father was angry and worried and fearful. Perhaps it was selfish of me to want support from my parents (after all, weren’t they going through this awful thing?), but regardless, I didn’t receive any. I took it upon myself to prepare for the worst, and so what does every literary-minded introvert do when they have a problem? You guessed right, I bought a book.

Just so you know, it was called “The Way They Were” by Brooke Lea Foster. No affiliate linking because I don’t do that, but it is worth picking up if you are an adult child of divorce both of recent or longtime.

That same day I saw my therapist who told me to take time away from everything while I was in Washington. Treat is as a breath of fresh air and focus on my internships. I did just that. I left and I did my best to throw everything I had into my work out there. I was staying with my Aunt and Uncle (everyone should somehow acquire an Aunt/Uncle who lives in Washington by the way, it’s a great place to visit) and was doing okay, that is until my mother texted me again.

She told me that she still wasn’t coming home and it might be best if I take an extra week or two out in Washington.

My mind blazed with curiosity…what did that mean? Were they trying to figure it out or did they make a decision? In my heart I think I knew. I went to my Aunt and asked what she knew. She looked me in the eyes and told me, “It isn’t my place to tell you the truth about the situation. If you really want to know, you need to ask your mother. It’s your right as her child to ask and receive honesty.”

You might think that was a cop out, but it was truly the wisest thing my Aunt has said to me (though, she is a treasure trove of wisdom in general). So that’s what I did. I told my mom I wanted to know what was going on.

We called, and she told me. She was leaving my father. It was over.

I sat in their office, my phone against my ear, tears streaming down my face, and when my mom finished telling me the only thing I could say to her was, “I’m disappointed. In both of you.” If I tried to say anything else I would have screamed at her, and I didn’t want to do that. Not now. We hung up, I emerged from the office and fell to the ground in tears. She had also told me the house was going to have to be sold.

In a single instant, I lost my parents and my home. I was devastated.

I have yet to pass the one-year anniversary of this time and as such, I am still picking up the pieces and sewing not only my life back together but also my relationships with both of my parents. They say that a divorce can be as traumatic as the real death of one or both parents. And I’d believe it. That’s what it felt like.

I’m not going to pretend that I have a step-by-step process for how to recover or to go about the process of divorce smoothly. I don’t know and I’m not qualified to speak to that as I myself am still reeling from what has happened to my own family.

But I can offer some thoughts to consider whether you are an adult child of divorce, a parent who is going through a divorce or recently has, or even a friend or family of someone in a situation like me. And perhaps the single greatest thing that will come from this event is the anger.

To my fellow adult child of divorce, let the anger come. Don’t try and force it down. Don’t try to hide it behind a wall of stoicism. You don’t have to be strong and you don’t have to pretend you are unaffected. What you went through was traumatic and it will trigger an extreme response. But I submit this quote to you from the aforementioned book,

In time your anger will fade. Mine has, though it will flare up now and again. But you must first let yourself feel to be able to identify what it is you’re feeling in the first place. Through that, you can then achieve acceptance.

To parents getting divorced, understand that your actions affect others. Whatever you are doing to process the event, get even with your former partner, or even attempting to improve upon in your own life, will affect your child in one way or another. I understand that you are trying to reconcile your own life and rebuild, but just because you are forgoing the marriage, does not mean you get to forego the child. Even for a moment. Communicate with you child and help them through this time whether they are 2 or 20. And if they are 20, you’ll find that they are in the good position of being able to help you back — but only if you act like a parent to them will they act like a child to you.

To everyone else who has been on the outskirts of these situations, continue to love. Circumstances will arise that go beyond your role of an onlooker regardless of whether you are a family member or friend of either half of the couple. But just because it may feel awkward, doesn’t mean you can’t still love on everyone involved. Especially the child. Especially if that child is an adult. Just because they have moved beyond the arbitrary number of 18 does not mean this won’t affect them deeply. So continue to be an Aunt, Uncle, Grandparent, Cousin, family friend, work partner, etc. and love on and support everyone in the situations. It’s not an intrusion, and they need it.

I’ve had to reconcile with what it means to be in a relationship. To what it means to have a family or be a part of one. My relationships with my parents have been forever changed. Not necessarily good or bad, but different. I’m a firm believer that we can any situation into the best it can be.

But what I’ve learned most is that love is more than a marriage certificate. It is a process of hard work for which must be continually fought. It cannot be, as was in parents’ case, a lukewarm cohabitation of convenience. Not even a child can glue that much fracture back together. But more importantly, every marriage can be saved if both parties can put aside their egos and work on it. If that comes in the form of marriage counseling, discussions with a local pastor, or other interventions it doesn’t matter. We just can’t resign ourselves to settling. That is when a couple grows apart.

I am a stronger person, a more independent and driven student/teacher/musician/writer, and a better boyfriend because of what my parents went through. If nothing else, what I can take away are a lot of lessons for me to carry into my own life for which I will be thankful. It is difficult, but I will always remember that day (for circumstances thrust upon me beyond my control) to be the start of what my Aunt famously calls, “the new normal.” Now, it is up to me to turn it into a good normal.

Andrew Dutch is a saxophonist, educator, composer/arranger, and freelance writer. He is passionate about bringing music education to all students, especially those in underrepresented populations. He is currently based in Fort Collins, Colorado.