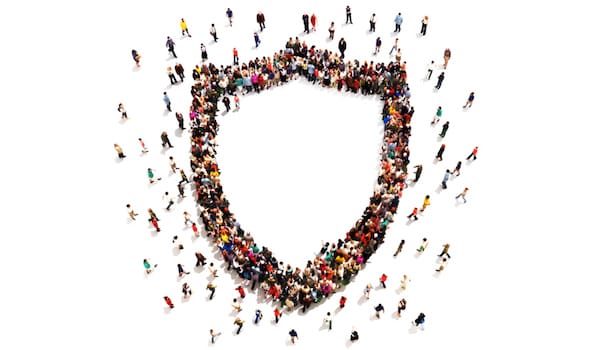 Why should men join in the fight to block her proposed changes? Men, like readers of this blog, seek justice and equality.

And, as it turns out, Title IX protections help men too!

My biggest concerns with Secretary DeVos’ proposed changes are these:

Under current guidelines, sexual harassment is defined as “unwelcome conduct of a sexual nature.” Secretary DeVos seeks to narrow the definition to “conduct on the basis of sex that is so severe, pervasive, and objectively offensive that it effectively denies a person equal access to the recipient’s education program or activity.” But that new wording could leave survivors less likely to report assaults because they may be less sure about whether their experience was “severe” or “pervasive” enough.

DeVos also seeks to expand religious exemptions, leaving students at religious schools with no options outside their school’s policies. These exemptions may even be a stealth move to deny reproductive rights to women.

DeVos’ new guidelines would also allow those accused of sexual abuse to cross-examine their accusers, which would unnerve and even traumatize some survivors. Victims of other crimes are not subjected to cross-examination by accused perpetrators, so why the exception in this case?

Taken together, proposed changes to Title IX would leave survivors less likely to report sexual crimes, which leaves abusers free to attack again and again. Obviously, this hurts women, who are more commonly victimized. But it harms men, too. How so?

The vast majority of men don’t sexually assault women, but they are hurt by men who do. Women who are raped are commonly turned off from sex, which certainly does not benefit men. More broadly, the women men love — their partners, their lovers, their mothers, their daughters their sisters and their friends — are wounded and traumatized. When the women men love are harmed men are hurt, too.

Still, some men favor DeVos’ proposal because they fear being falsely accused. Yet even on this matter, men are more benefitted than harmed.

Current Title IX protections benefit both men and women! I urge men everywhere to advocate for protections to this civil rights legislation.