Get Daily Email
Join/Login CLOSE
Home / Featured Content / Do You Know Someone With a Sex Addiction? 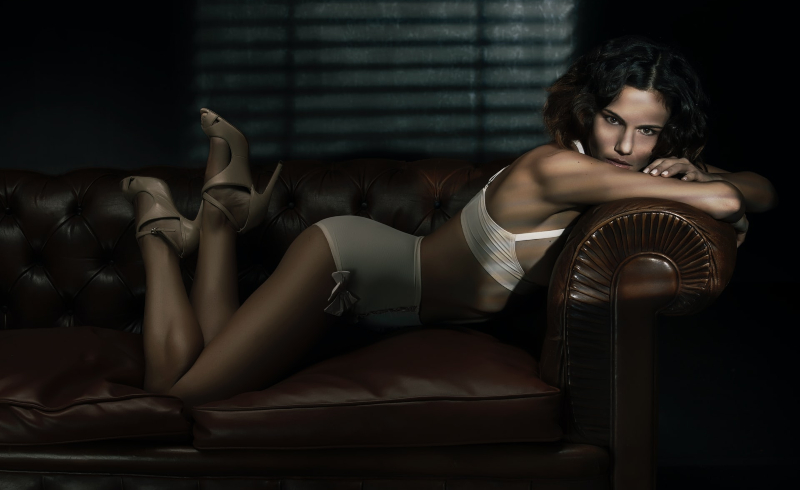 Sex is not a comfortable topic for many people, even though talk about it has become more open and relaxed.

People may speak freely of their sexual experiences and particular taste, but what remains taboo are the sexual problems of individuals. Men find talking to their doctors about erectile dysfunction problematic, so it’s not surprising that confronting another person about their possible sex addiction would be even more challenging and awkward.

Many addicts choose to seek help from a licensed professional, an expert in the field. However, sex addiction is probably a subject most comfortably discussed among family, closes friends and spouses. For the moment let’s address the issue from the friend and family point of view.

Here are some signs a person you know might have a sex addiction:

1. Is their sexual behaviour leading to problems?

Is pregnancy scares a common thing for them? Have they caught or transmitted an STD? Being careless about safe sex, having random sex, or having multiple partners are signs of sex addiction.

These behaviours show the person has placed fulfilment of sexual needs above all other priorities.

Have they given up hobbies they once enjoyed? Stopped going out on weekends? Maybe you used to talk to them often and they haven’t been as available recently?

What might be more visible are their romantic relationships. Do they bounce from one person to another in rapid succession? Are they having a series of one-night stands?

While there is no definitive amount of time one should devote to sex or a way to measure how much sex is “normal,” if someone you know seems like he or she is only in a relationship for the sex, and have been frustrated in forming a real bond, that could be a sign of addiction.

Keep in mind one can be “addicted to love.” The act of seduction and the rush of brain chemicals produced when a relationship is in its early stages can form a sex addiction.

While men and women can suffer this, female sex addicts are more likely to exhibit this behaviour. It may not involve actual sex, but a person who is constantly starting new relationships (sometimes before the previous one ends) or flirts excessively may be showing signs of sex addiction.

2. Do they often talk about sex?

People tend to discuss subjects of interest to them, daily occurrences or events they have experienced.

Is your friend bringing up pornography often in idle conversation? Such talk between friends is normal, but note how often the individual talks about it. Does it seem like that is the only thing he or she has to discuss? Are sex and pornography the only topics that seem to pique this person’s interest or get the individual animated?

This can be tricky; each person is different, as is each friendship. A person addicted to sex may not talk about it, feeling shame and guilt, or they may bring it up at inappropriate times.

Note things other than speech, too. Having a poster of an attractive model in one’s room is common. Having one’s screen saver set to show hardcore pornography might be cause for concern.

Do they have pornographic backgrounds on their mobile phones? Inappropriate ring tones? While these may be signs of mere tastelessness, they can also be signs of this addiction.

3. Have they brought up sex addiction in conversation?

Many sex addicts feel ashamed of themselves and keep their addiction a secret for fear they will lose friends.

It’s not likely they will admit to having a sex addiction, but they may ask you your opinion on it, or talk more in-depth about a high profile celebrity claiming to suffer from the issue. They may even mock the notion of sex addiction, feeling you suspect them of it and wanting to alleviate your suspicions.

How you feel about sex addiction is up to you, but most people taking this approach are scared and looking for support and your reaction could affect their choice in receiving professional help.

For spouses and romantic partners, you have a more intimate knowledge of the suspected sex addict than anyone else.

Some things you should look for if you suspect your significant other may be suffering from this addiction are:

4. Are they becoming more demanding about sex with you?

It is fairly normal for two people in a couple to have differing libidos. It’s also pretty common for sex to put a strain on a relationship.

How your partner reacts to being told “no” and how insistent is he/she on the subject of sex is an example of where red flags may appear. An addict in need of a substance can become highly agitated when they don’t get it.

Spousal rape is a real thing, and just because they didn’t coerce you into sex with force doesn’t mean there wasn’t a transgression. A sex addict can exploit the power dynamic in a relationship, threaten to do something negative, or withhold something from their spouse to get sex.

If they’ve resorted to these harmful behaviours, oblivious to the emotional damage being caused, that’s a sign of addiction.

5. Are they going somewhere else for sex?

Being unfaithful doesn’t necessarily mean your partner is a sex addict, but it is certainly one indication, especially if this isn’t the first time.

While this may be a sign of a troubled marriage, if the bond between you is otherwise strong, the infidelity may be sue to the addiction. An addict craves the physical act of sex or the intoxicating feeling of a new relationship, they are not necessarily in love with the other person or not in love with you. Often, addicts aren’t even interested in the act of sex, but in the repetitive behaviour that leads up to the act, creating the dopamine levels the addict craves.

Is your spouse on the computer in the early morning hours before work? Do they hide large amounts of pornography on the computer? Are they less interested in sex with you?

It is important to realize that only the addict himself/herself can really know the depths of their addiction and it is the individual that must realize he or she is suffering before treatment and recovery can be sought.

Thank you for reading.

An unshakable optimist with an undying passion for writing.