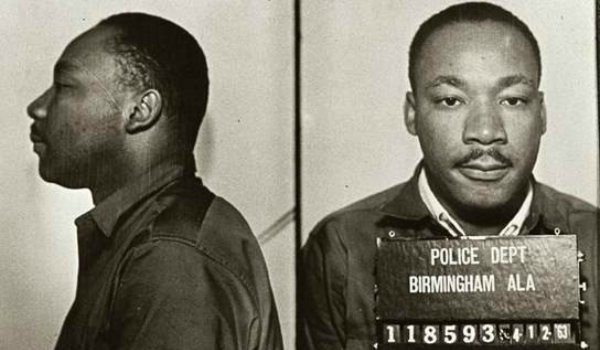 Dear American Citizen — Dr. King is not your negro (today, or any other day).

Dr. King is NOT your squishy-cute Teddy Bear who barks “Can’t we all just get along” upon command. On this MLK Day 2020, politicians and the media need to cease and desist from contorting his true work and legacy. Using a radical revolutionary for the propaganda purposes of social suppression is a criminal distortion of the facts. “Heroes” and “saints” are considered demons when they are actively working. He was American Enemy #1.

Dr. King was a Black radical revolutionary who was the FBI’s main target for COINTELPRO. “Agent Provocateurs” infiltrated his community organizing efforts, illegally wiretapped meetings, and tried to get him to commit suicide. He was arrested continually. He was despised during his lifetime by most Americans (including too many Black leaders). He was considered (falsely) a Communist agent and agitator. Zero “Teddy Bearness” in this radical activist.

Evidence strongly suggests he was executed by his own government by a military hit squad brought into Memphis a week before his arrival (refer to “The Legacy Building Exhibit” at the “National Civil Rights Museum at the Lorraine Hotel,” in Memphis, Tennessee). Governments tend not to assassinate their “heroes.” They do not tend to execute safe, cuddly, Teddy Bears. They execute and assassinate their perceived “Enemies of the State.” Dr. King is not, and never has been your negro.

I personally could never be fooled by the Corporatocracies’ appropriation of Dr. King’s image. This is done, of course, to maintain our status quo systemic oppression that is in full bloom in 2020.

As a four-year-old child, I sat on a sparse wooden floor in a poor flat, watching Walter Cronkite on a broke down B & W television set. I was tired from the long walk home with my mom from the babysitters, when she picked me up after her long shift on the floor, doing “piecemeal” work.

As an ignorant poor White child, I viewed on this B & W television set, the black and white images of horror — Dr. King’s peaceful marchers (men, women and children, like me) hosed down and attacked by police attack dogs. Through my shocked tears, I cried out to my poor, factory working, White mother who was making dinner, “Mommy, why are they treating those people like that!?”

She stopped, put the spatula down, and looked at me. Her strong blue eyes fighting tears. After too long of a pause; “I don’t know, Frankie . . . It makes no sense to me.” She worked with mostly Black and Latino folks in the low wage factory job she had. They were her friends. This incident started my lifelong bewilderment at the phenomenon of racism and hatred as being something “normal.”

Dr. King was hated because he was a Black radical revolutionary against such profitable and comfortable “normalcy.” Dr. King was organizing (a.k.a., “agitating”) others to yank out the roots of economic and racial oppression — the very roots of the nation of his and my birth. Dr. King was no one’s negro.

This year I do not want to hear another dam clip of the “I Have a Dream” speech. That dream has faded into our nightmarish reality. I am spending this MLK Day 2020 doing research on violent White Supremacy extremist groups for “The Rise & Fall of White Supremacy” Project.

In doing this research, I feel as sick and disoriented as that four-year-old boy sitting on that bare floor, absorbing that first taste of the American B & W nightmare played out on B & W television set. We need to change that channel real soon.

Black and White children are not playing together in playgrounds. They are in fact, statistically more segregated in the public school system and economically as they were before Brown vs. Board of Education. The Prison-Industrial Complex has more Black and Brown people working as slaves than before the Civil War. Two steps forward, seven steps back.

After working with Black and Brown youth for 17 years in low-income neighborhoods in Los Angeles, I know that the oppression Dr. King spilled his blood for has never ended. The racist and economic exploitation merely morphed into an animal of a different color, but the same breed.

As a young man in my late teens in the 80’s, I saw the activism of the ’70s capitulated into the warm embrace of Ronald Regan’s Cowboy persona and “warm-hearted” (but cold-blooded) reassurances of a better, capitalist tomorrow. Peace and prosperity were supposed to trickle on down to us all, even Black and Brown folks, poor White folks, and immigrants. Only blood trickled down from the “War” on Drugs and Central American Contras violence.

So I thought the best thing to do was to champion for a real champion of the people. I wrote letters to all U.S. congressmen, senators, and my California governor to pass legislation to make Dr. King’s Birthday a national holiday. I donated money from my limited wages to Stevie Wonder’s efforts for this movement. It was an uphill battle because the “Power’s That Be” still hated and feared Black Radical Revolutionary Warriors.

Eventually, they passed it. Years later after working for non-violence in communities of color, and being trained in Kingian Non-Violence strategies, I noticed that the aggressive confrontation of Dr. King’s tactics were being misrepresented as “pacifism.” They were trying to defang the ferocity of the Lion.

This MLK Day, do not listen to “I Have a Dream,” Clips. Listen instead of his speech confronting international warfare, imperialism, and poverty, “Beyond Vietnam.” The audacity of this Black radical revolutionary speaking out against the war atrocities of his own government earned him an assassin’s bullet in the head exactly one year later.

Symbolism is important to tyranny. It is also important for liberation. “The arc of the moral universe is long, but it bends towards justice.” Peace and justice work is powerful, even “violent” in its urgency.

Take heed that we do not distort the truth — blood filled the balcony of the Lorraine Hotel where Dr. King was executed. The “Beautiful Struggle” got very ugly that day. It still is.

He never was and never will be. He paid for that reality with his own blood.

This post was previously published on Medium.com and is republished here with permission from the author.