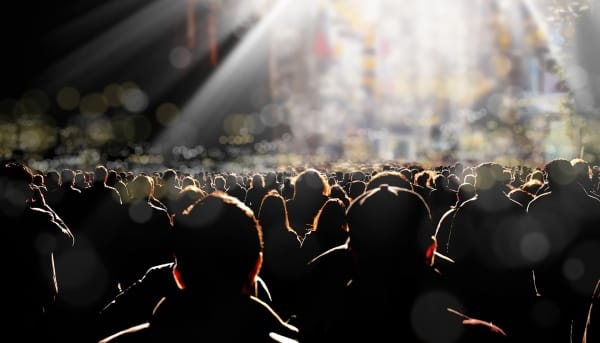 Gross up the mass of all life on Earth, with its disproportionate human load , and the answer is staggeringly heavy. But the uncertainties are huge.

LONDON, 31 May, 2018 – The human load on the Earth, an audit of all life on the planet shows, is out of kilter with our numbers: we constitute a hugely heavier presence than all wild mammals together.

Israeli and US researchers found the whole package of living tissue – bone, blood, shell, chitin, collagen, timber, cellulose, muscle, blubber, teeth, hair, hoof, horn and all the myriad cells that make up self-replicating, greedy, carbon-based organisms – if tossed on the scales, would (if reduced to carbon) weigh an estimated 550 billion metric tons.

Most of it would be foliage, wood, root and fruit: the green plants that have colonised the terrestrial globe account for about 450 billion tons, or gigatons, of carbon. Another 70 gigatons would be composed of bacteria, and most of that would be invisible: at work beneath the surface of the land and sea.

And although the oceans cover 70% of the globe, the share of marine life is much smaller: the blue water is home to a mere six billion tons of living things. The fungi that colonise the forests and grasslands alone account for twice that mass.

Mammalian life in sharp contrast to all this sheer weight of living things is almost inconsequential: even so, one mammal dominates.

The mass of all the humans on the planet – just humans, not their livestock – is more or less 10 times the mass of all other living wild mammals.

Research like this is fundamental. It is vital. And it is provisional.

It is fundamental because, ultimately, it can help answer questions about how life survives: how the energy of the sun is turned into, and then sustains, life everywhere. That is because, ultimately, all the carbon in living things is derived from atmospheric carbon dioxide, in a process powered by photosynthesis.

“Humans and livestock outweigh all other vertebrates combined, with the exception of fish”

It is vital because to make long-term reliable calculations about the carbon budget, and therefore calculations about the future rate of global warming and climate change as factories and exhaust pipes pump ever more greenhouse gases into the atmosphere, climate scientists need to understand the big picture: how life sequesters and recycles carbon on a massive scale.

And it is provisional because some of the calculations are almost certainly wrong: estimates of global plant life can be checked by satellite data and national forestry accounting, but some questions have barely been addressed. The authors concede – “our work highlights gaps in the current understanding of the biosphere”, in their words – that their estimates for the mass of bacteria could be wrong by a factor of 10, and viruses by a factor of 20.

But the researchers report in the Proceedings of the National Academy of Sciences that they see a full census of life on Earth as key to understanding how the biosphere works, and a step towards that would be a better understanding of how biomass – the sheer weight and substance of life – is concentrated, and shared.

And the sums are bewildering. Insects make up the richest group of creatures, with so far one million described species. But their fraction of biomass, say the authors, is negligible. Some single species contribute much more than entire families or even classes.

The Antarctic krill Euphausia superba adds up to about the same mass as humans, or cows. The measure of a huge variety of termites far surpasses the entire biomass of birds. The nematode worms contain more individuals than any other species, but their collected mass is only about 1% of the grand total for all life.

There are entire environments, the authors say, “for which our knowledge is very limited.”

The research also assesses the impact of Homo sapiens – one mammalian species among many – on all other life on Earth. The biomass of domesticated poultry is three times that of all other birds. “In fact”, the authors say, “humans and livestock outweigh all other vertebrates combined, with the exception of fish.” – Climate News Network

A version of this post was previously published on climatenewsnetwork.net and is republished here with a Creative Commons License