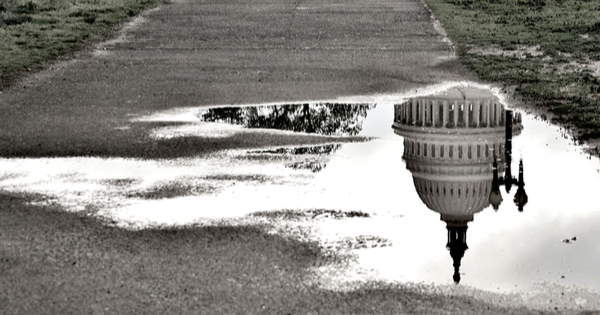 After months, though it seems like years, of pre-election activities, the 2020 Presidential campaign began on Monday with the Iowa Caucus. The good news that a pre-caucus poll was canceled due to irregularities allows for something concrete to actually begin…real people going into rooms and casting real ballots.

On Wednesday, the likely acquittal of the President in his Impeachment means that after three years of… how does one even come up with a single word to define this presidency? After three years it all comes down to real people casting real ballots.

Whoever the nominee of the democratic party will be is not known. That person and his or her running mate will force all of us into a choice. The choice will actually be quite clear. Yes, despite all of the distractions that will come our way in the next nine months the choice will come down to one question. What kind of a country do we want to live in?

While policies and personnel matter, I’ve come to the conclusion that our desires for the future will be determined in how we vote next November. Do we want a country that values a patriotic understanding of democracy, where all are indeed created equal? or Do we prefer a country that values power and profit, where those of means are more equal? In reality, Americans have long had a secret undisclosed conflict between those two questions. On the one hand, we have valued democracy but secretly longed for power and profit as long as our side won. We wanted it both ways and our way.

But now in the era of Trump, the secret is out from under the shadows. Trump has brought to light the internal conflict, namely that we want what we want. A kind of selfishness that centers on both our greed and our insecurities. We always knew it was there lurking in the shadows, now it’s just out in the open.

At a recent lecture on “Crucial Conversations”, the speaker posed the question “How did you get what you want as a child?” The group’s answers revealed much we already know about human beings and the institutions we lead.

While US American Politics has always exhibited various iterations of these behaviors, never before have we witnessed such an open and brazen display.

A President is many things, but what is rarely talked about in the course of a campaign is the role of President as a model citizen, as the setter of tone, as the embodiment of a future hope. The question is always one of which comes first: Does the president set the tone or reflect the tone? In other words, are we in this or any election, making a choice that best reflects who we are as a people or who we hope to become as a people.

We will learn the answer to that question in November.

I have made a few decisions as to how I will approach the coming nine months. What follows are some convictions that I hope to return to, as navigators to help find a way through the coming display of those childish behaviors.

1. I plan to write what I think and believe as opposed to reposting or sharing what others say/write/think. This will force me to slow down and consider what I believe, digest information and articulate my own convictions.

2. I plan to regularly ask the question “What is best for my grandchildren’s children?” This concretizes and forces longer-term thinking about our world.

3. I plan to respond to people with a reflection on the Anais Nin quote I have come to value, “People don’t see things as they are, they see things as we are.” This, I hope, will force me to remember that we all speak out of our deepest needs, hurts, desires. It may make me more attentive.

4. Finally, an old wise analyst once said to me, “Most people are doing the best they can with who they are and what brought them to this point.”

I’ll attempt, as best I can, to articulate what I think and believe. Why do this? Mostly to help me navigate these times we are in, seek some semblance of mental and emotional stability and exercise a practice of hope.

Facebook2Tweet3Pin1EmailShares6
wpDiscuz
Share this ArticleLike this article? Email it to a friend!
Email sent!