Get Daily Email
Join/Login CLOSE
Home / Featured Content / Ethics Checkup: Do You Hold Yourself to a High Standard in the Workplace? 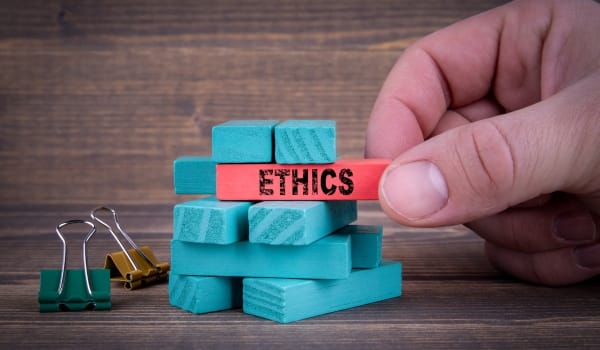 —
From minor moral breaches to major ones, the workplace can become an ethical quagmire if employees and their managers aren’t wary.

Maybe a boss demands that you cut corners by putting out a faulty product that cheats – or even endangers – consumers. Perhaps co-workers pad their expense accounts and ask you to cover for them, leaving you in the awkward position of lying for them or tattling on them.

While taking the ethical high road might sound simple in theory, it’s tougher in real-world situations, especially when your job, a promotion, or your relationships with co-workers could be threatened.

“Being ethical isn’t always easy because it requires a long-term commitment to do the right thing and consider the consequences of your actions, even if it means doing something that you think harms you in the short run,” says Dr. Steven Mintz (www.stevenmintzethics.com), author of Beyond Happiness and Meaning: Transforming Your Life Through Ethical Behavior.

Mintz says just a few of the common workplace ethical issues that can arise include:

Lying on a resume. Embellishing your work history or academic credentials even slightly puts you in the position of sliding down the ethical slippery slope, Mintz says. “If the prospective employer asks questions about something you exaggerated or made up, you either have to continue to be dishonest or you have to admit to lying,” he says. “You have a moral duty to be honest with the prospective employer and should not want to start an employment relationship with a lie. What if everyone lied on their résumé about dates of employment, adding a job they didn’t have, or embellishing their experience? This would put you in a weaker position in getting the job.”

Taking credit for someone else’s work. Imagine you are leading a project that involves several other employees. You realize if you submit your report under your name, with the team acknowledged only as a footnote, you could increase your odds of getting a promotion. It might be tempting – but it also clearly would be wrong, Mintz says. “Your co-workers have an ethical right to be given credit and you have a duty to give them that credit,” he says. “Ask yourself how you would feel if your decision to take credit for the project was the headline of tomorrow’s newspaper. Would you be proud to defend your action?”

Spending company time on personal activities. Sometimes ethical lapses occur that people don’t immediately recognize as a problem, such as using company computers and time for surfing the web or checking in on social media. Mintz points to one survey that found the average office employee spends 56 minutes per day on their cell phones for non-work activity, and 42 minutes on personal tasks, such as errands. Attending to personal matters might be acceptable in emergency situations, Mintz says. But ethically, most personal tasks should be put off until a break or lunchtime, he says.

“Committing to being an ethical person starts by treating others the way we wish they would treat us,” Mintz says. According to his book, being ethical can enhance personal relationships, workplace interactions and social networking.

“We can make a difference in the quality of our own life and the lives of others by being virtuous and doing what is right because it is the right thing to do.”

This post was previously published on Stevenmintzethics.com and is republished here with permission from the author.
—