—
As a young child, I was very shy and struggled to make friends. Entering kindergarten proved to be a challenge, and by the time I had gotten up the courage to talk to my classmates, the friendship groups had already been established and I struggled with being alone. For children, it is almost a life sentence to be the odd man out among your peers. When a kid is alone, they usually end up becoming a target for the other groups of children and this can last well into their high school careers. 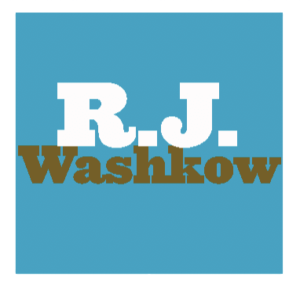 All through my grade school career, bullying from my peers became an everyday occurrence. Any day that I came home without being in tears or having to hide the bruises of physical attacks was a good day. Sadly, those days were few and far between. On the worst days, my mother and siblings tried their very best to comfort me, but they struggled with not knowing what to say. In the end, this led to them being incapable of making things better and unintentionally making some things worse. My father, however, said very little to nothing at all about the incidents. Instead, he would put an arm around my shoulder, sat quietly, and let the storm of my emotions run their course. Afterward, we would sit and talk about my classes, my favorite activities, and hobbies. I always felt very safe with my dad. Due to his convictions to be an active father figure in our lives, he made a point to make time for me and my other siblings, which built trust between us and my father.

Speaking from experience, there is no greater comfort to a child than being hugged by the person they trust and respect with all their heart. This simple action speaks volumes that words never could. Sadly, a sense of security is something that many fathers today seem to overlook. To some, hugging your child and getting to know them on a personal level is seen as a weakness or unmanly. This ideal can be so strong, that it becomes a crippling, destructive wall that can dissolve and rend the relationships fathers have with their children. From the early stages of a child’s development, up to the point of high school graduation and beyond, it is imperative that fathers pursue an active role in their parenting and avoid this “passive role” way of thinking that some have come to adopt as the example of being a good father.

Fathers, who pursue a passive role when raising their children, are walking a tightrope that burns from both ends. A passive father figure can wreak havoc on the emotional, and psychological beings of their children. When this happens, the possibilities of reversing the damage inflicted is difficult, if not completely impossible, to achieve. I can’t tell you how many times I have heard people who grew up with a passive father say things like;

“He often puts up walls between me and himself, and consequences for bad behavior always outweigh his praise.”

“I know my father loves me, but I feel as though that love has its limits.”

“I walk on eggshells with my dad. I never know what will set him off.”

“My father could care less about me and my siblings.”

“I have no respect at all for the advice my father gives. I’m better off figuring it out on my own.”

All of these examples show waves of uncertainty and low self-esteem that were instilled in these people at a young age and have carried over into their adult lives. Insecurity for children causes stress that only grows. Over time, high levels of stress and uncertainty can boil over and lead to social confrontations, such as teenage rebellion or, even worse, adult estrangement. However, this can all be avoided by fathers stepping up and taking on an active parenting role. By pursuing an active role, you are committing to a lifelong endeavor to better understand your kids and, like everything else, cannot be accomplished overnight. An active parenting father is very hands on. They go out of their way to get to know their children on a personal level and build a foundation of security.

Take the time to get to know your children’s likes, dislikes, hobbies, passions, fears, and insecurities. Most importantly, never underestimate the power of physical contact. Whether they are a boy or a girl, a simple hug or a pat on the back and a smile will speak volumes to your kids and build up their self-confidence. By doing this, you instill a sense of security that builds into the trust that will later become a tool, for both you and your child, to use during the more trying stages of their lives, such as their teen years and early adulthood, when hormones, stress, and anxiety are at their peak.

For teenagers and young adults, these periods of their lives tend to be the most stressful and uncertain. They, more often than not, seek out advice or a safe place to vent their frustrations with people they trust. Having a father that they trust unconditionally, and with whom they feel secure becomes an irreplaceable, priceless relationship that will carry them through the tough times, and in turn, strengthen the bonds between their father and themselves.

Taking on an active parenting role as a father means being willing to take the time to express love to your children. Being able to stand up and say, “As a father, I will make it my mission to set an example and be the type of father my children deserve. I will give them the best of myself and show that my love for them is unconditional and without limits.” Fathers, I only ask that you do not overlook or sneer at expressions of love. For it is these small expressions that make all the difference in the lives of your children and yourselves.

My name is Rebekah (R.J.) Washkow. I am a wife, a homemaker, and a mother to be of one. I have always had an interest and opinion in the areas of men's rights, family and relationships, and men's roles in this day and age. I am so excited to be able to share and discuss these topics with such a broad and diverse community, and hopefully aid in changing the world for the better.

Facebook183TweetPinEmailShares183
wpDiscuz
0
0
Would love your thoughts, please comment.x
()
x
| Reply
Share this ArticleLike this article? Email it to a friend!
Email sent!