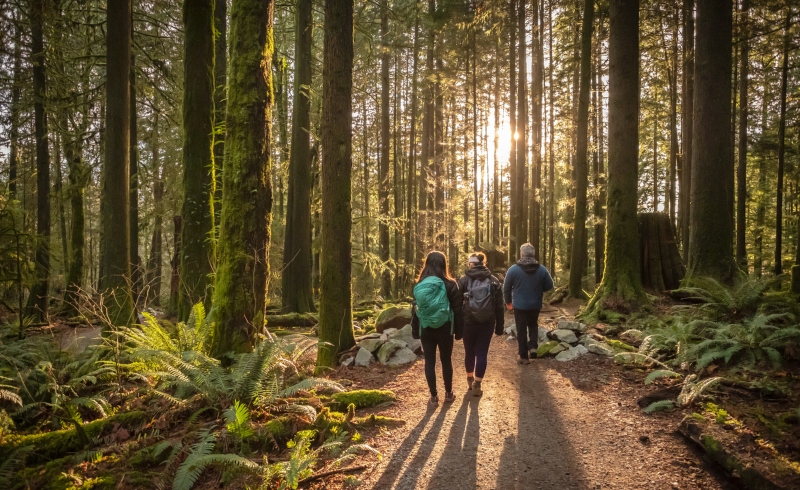 There are limits to what forest trees will tolerate; many tropical forests, for instance, can cope with climate change – but only up to a point. Again, they will go on storing carbon from human greenhouse gas emissions – but only to a degree.

But at around the 32°C threshold, tree growth halts and trees start to die more frequently, putting carbon back into the atmosphere, to accelerate more global heating, according to a detailed study of trees in more than 800 tropical forests.

And a second, unrelated study of forests worldwide finds separate evidence of the impact of climate change. Thanks to human action, forest trees are now younger – and shorter.

The point of the first study is that, in their natural and undisturbed state, the world’s tropical forests can take the heat, but there may be a limit to their capacity for change, and that limit is a daytime maximum of 32.2°C.

A collective of 225 researchers in South America, Africa and Asia report in the journal Science that they made 2 million measurements of 10,000 tropical tree species in sample plots in 24 countries to examine the capacity of forests to absorb atmospheric carbon in a rapidly heating world.

“Our analysis reveals that up to a certain point of heating, tropical forests are surprisingly resistant to small temperature differences. If we limit climate change they can continue to store a large amount of carbon in a warmer world,” said Martin Sullivan, a geographer at the University of Leeds, and at Manchester Metropolitan University, who led the study.

“The 32-degree threshold highlights the critical importance of cutting our emissions to avoid pushing too many forests beyond the safety zone.

“For example, if we limit global average temperatures to a 2°C increase above pre-industrial levels, this pushes nearly three-quarters of tropical forests above the heat threshold we identified. Any further increases in temperature will lead to rapid losses of forest carbon.”

The finding suggests that overall, and independently of species of tree, tropical forest carbon declines with higher temperatures. In all forests, trees flourish and absorb carbon, die back and release it again. But at their best, forests on balance absorb and store away for centuries more carbon than they release – until the thermometer starts to rise and goes on rising.

“Reductions in forest age and height are already happening, and they’re likely to continue to happen”

A co-author, Beatriz Marimon of the State University of Matto Grosso in Brazil, said: “Each degree increase above this 32-degree threshold releases four times as much carbon as would have been released below the threshold.”

The message is that tropical forests need to be protected from climate change, deforestation and wildlife exploitation: that way, they protect  biodiversity, protect themselves, and protect humankind, for future generations. They can adapt to warming temperatures, but this takes decades, perhaps centuries.

But according to another study, also in Science, forest trees the world over are now changing. They are responding to ever higher levels of atmospheric carbon – in effect, they are being fertilised – but also wildfire, drought, windstorm damage, insect attack and disease have become more frequent and more severe with climate change.

And then there has been the direct impact of human economic demand: clearance, disturbance and economic exploitation.

In consequence, US and European scientists conclude, from detailed satellite data and from reviews of more than 160 previous studies, that there has been a “pervasive shift” in forest dynamics, and a dramatic decrease in the age and stature of the forests. The world’s trees on average are younger, and shorter.

“This trend is likely to continue with global warming,” said Nate McDowell,  of the Pacific Northwest National Laboratory, who led the research.

“A future planet with fewer large, old forests will be very different than what we have grown accustomed to. Older forests often host much higher biodiversity than young forests, and they store more carbon than young forests.”

So direct and indirect human action have – in the big picture – affected the way forests shelter new seedlings, the growth of all trees, and the rate of death of those trees. Mortality is going up, while recruitment and growth are faltering.

“Unfortunately, mortality drivers like rising temperature and disturbances are on the rise and are expected to continue increasing in frequency over the next century,” Dr McDowell said.

“So reductions in forest age and height are already happening, and they’re likely to continue to happen.” – Climate News Network