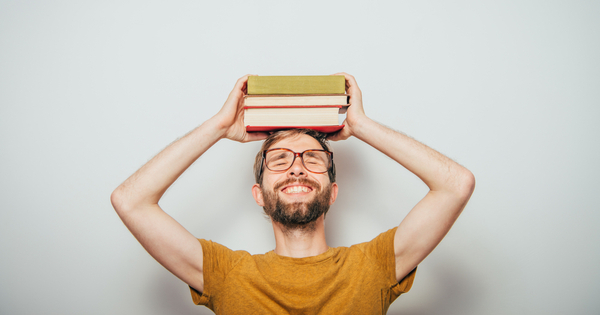 2020 has been one for the books. A triple-whammy consisting of Covid19, a recession, and the protests.

Anxiety and stress-levels are reaching all-time highs. People are concerned about their job, the election, the economy, their safety, and the future in general. Daniel Goldman in his book Emotional Intelligence talks about how negativity is 26 times more powerful than positivity. That is precisely why news programs are heavily skewed to the negative – it sells.

Most of us have a mental diet that consists of all that is wrong with the world. That’s only making things worse. In some of Jim Rohn’s lectures, he tells his audience that he told his friend his TV was costing him “$40,000 a year.” He went on to say that, “Owning a TV is cheap, it’s watching it that’s expensive.” I’ll admit, the first few times I heard him say that I didn’t get it. Later, I realized that his point was TV was robbing him of his most valuable resource, his time.

Today it is even worse. The news adds to whatever stress we have in our lives. That’s why for the past 10 years, while I do turn to a few sites for updates, I prefer to fight fire with fire and read uplifting stories and books that inspire, motivate, and push me to be a better person.

While I became an avid reader in my 30s, I know there’s nothing worse than reading a bad book. Books take time and effort. Most of the books I read in high school only put me off reading, instead of inspiring me which is why I only recommend the best of the best to my clients or friends. The last thing I want them to do is to waste their time.

So what books would I recommend people read to fight all the negativity out there? Here are 11 books that will give your mind a boost of positivity.

Jim Stovall’s not a name many people are familiar with yet he’s written 30 books, many of which went on to become bestsellers. He’s also a powerful motivational speaker and the CEO of the Narrative Network. Oh, and did I mention? He’s blind.

A classic in the same realm as Think and Grow Rich. If you’ve seen the movie The Founder, you might remember the record the main actor (played by Michael Keaton) plays in his motel room at night as he travels the country making a living selling milkshake machines. It’s called “The Power of Positive” and it was based on this book.

The newest book on this list. This book reminds us that true happiness is not a big house, a nice car or a pretty girlfriend. Forget the positivity craze and instead focus on a Stoic, no-nonsense approach to life. In many ways, it is the exact opposite of the previous entry.

A powerful story about a father coming to terms with his own mortality. Diagnosed with cancer, Pausch’s story is a powerful one that one can’t help but be inspired by.

A relatively straightforward story where a grieving man gets an invitation to meet with God at “The Shack.” Regardless of whether you believe in God or not, it’s still worth reading.

At 452 pages this is the longest book to make my list. I prefer my books to be short and sweet, but this book is too good to leave off. Be sure you have a highlighter handy when you go through this book, it’s filled with powerful ideas that could change your life oor business.

Life’s Golden Ticket is a parable about one man trapped in his past, unable to free himself from its constraints and move forward in life. A powerful reminder to anyone that has lost something that it’s not the end.

This book is the result of a psychiatrist interview with the Dalai Lama himself on how he achieved inner peace and happiness.

This book centers around Toltec concepts that can help unlock our full potential as well-balanced and happy people. It also explains how to remove the weight of other people’s expectations have on us.

This book is the culmination of Rubin’s testing of ideas about happiness from ancient times combined with the latest scientific research as well as pop culture. This book explores numerous ways we can improve our happiness without making drastic changes.

An important reminder of just how important it is to dream big. While it may be a tad repetitive, don’t let that put you off picking up this excellent book. It is filled with nuggets of wisdom that will inspire you to never stop chasing your dreams.