This last week, Gospel singer and pastor, Kim Burrell, was rebuked, admonished, and chastised for sharing her belief that homosexuality is “perverted” and abnormal. Actors and fellow entertainers were quick to distance themselves from Burrell’s words. Ellen DeGeneres, on whose show Burrell was scheduled to sing, withdrew the invitation, simply tweeting, “For those asking, Kim Burrell will not be appearing on my show.”

Burrell’s words are yet another example of a culture war between religious freedoms and hate speech. Of course, it took no time at all for the religious and the secular to come to blows in the gutter of all human behavior: social media’s comment section. Amid name-calling, swearing, personal attacks, and very bad grammar, some wrote:

“God didn’t make you gay. God wants man to multiply, you can’t multiply if you have sex with [the] same sex.”

And so went the 581 comments on this particular video. No compromised was reached. No one left feeling heard. No conclusion could be made.

Freedom of speech allows anyone to say virtually anything. We saw this in the last election. In fact, 62% of adults polled said they got most of their news from social media in 2016, which contained an enormous amount of fake news. No one can say for sure whether or not it swayed an election, but it’s not a far reach to think so.

What we believe about our faith has nothing whatsoever to do with who has “the truth,” but everything to do with where we were born. Most conversions happen among family members because children are raised in their parents’ faith. Research about political and religious attitudes found there might even be a genetic component about what we believe. American Christian fundamentalism, the basis of Kim Burrell’s faith and statements, and into which many of us were indoctrinated as children, began in the late 1800s. It is this version of Christianity that drives many of the “religious freedom” law ideologies.

While facts have become irrelevant in this culture war, simple human decency has disappeared behind a barrage of anonymous comments and opinions. On what do we want to build the foundation of American democracy? Should religious freedom take precedence over equal human rights? If so, whose religion, and which sect do we choose? How do we decide who’s religion is right, since all of us will declare it is ours?

Christianity alone has over 41,000 sects. In the United States, 70.6% of the population claims to be Christian. But of that number, 25.4% claim to be Evangelical, 14.7% say they are Mainline Protestants, and 20.8% are Catholic. The rest are variations of Christianity. The other nearly 30% of the population identify as atheists, agnostics, unaffiliated, or other. Remember, all of us claim to know “the truth,” and will offer some sort of “evidence” to prove it. Those who claim to be speaking for God, however, are least likely to compromise.

Justice Antonin Scalia argued in 1990, with the Religious Freedom Restoration Act, “Any society adopting such a system would be courting anarchy, but that danger increases in direct proportion to the society’s diversity of religious beliefs, and its determination to coerce or suppress none of them.”

If the religious tide in the United States turned to the growing Muslim faith, it’s likely the call for “religious freedom” would cease. After all, in Quran, 2:191, if it is to be taken literally, it says, “And kill them wherever you find them, and turn them out from where they have turned you out.” It goes on to say that disbelief, in infidels, is worse than their killing. In America, we call Islamists who believe the text literally, extremists. But Christian fundamentalists, we just call Christians.

For society to succeed, human rights and freedoms cannot be based on religious texts or tenants. It was on those very beliefs and Scriptures that slavery, racism, and segregation was justified. Human rights must take a more civil and objective tone, agreeing that people, regardless of faith or creed, or race, or sexual orientation, deserve respect and equality.

“God Made Me This Way” is the cop-out for every sinner – and just because the sin is sexual doesn’t absolve any of us from the consequences. Straight men struggle with lusts condemned by scripture no less than Gay men, and to somehow justify sin based on personal circumstances is no different than justifying crimes based on personal circumstances. The standard doesn’t change just because we can’t live up to it. On the other hand, it is a shame that so many Christians focus on other people’s sinful nature simply because it is not their own sin. Jesus also addressed… Read more »

“A personal relationship with Jesus Christ” can often be nothing more than a belief in ” a Jesus” we have fabricated to be what and whom we want this Jesus to be. Galatians 4:9 Now, however, since you have come to know [the true] God [through personal experience], or rather to be known by God, how is it that you are turning back again to the weak and worthless elemental principles [of religions and philosophies? John 8:32 And you will know the truth [regarding salvation], and the truth will set you free [from the penalty of sin].” John 14:6 Jesus… Read more » 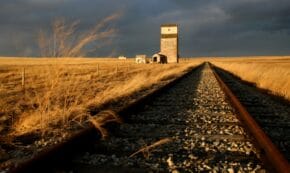