Ultramarathons and long-distance running used to be the sport of a few fringe lunatics, says Christopher White. But not anymore.

For those of us over 25 or so, while we slept, worked and lived, a relatively rare event occurred: a sport was born—quietly. Prior to the 90s, glossaries of running failed to recognize the terms ultramarathon, ultramarathoner or ultrarunner. Editors of such wordlists aren’t to be blamed; these terms, like the neologism World Wide Web, were but twinkles in a lexicographer’s eye. Sure, someone somewhere was covering belief-defying distances on foot and at a run. But those someones either weren’t aware they were doing anything noteworthy or their feats were never circulated beyond the limits of their hometown’s or village’s gossip mills. Of course one might argue that an ultramarathon (ultra, for short) is only a new event within an existing sport. It is, after all, still running. Indeed the very word marathon within the compound term betrays its consanguinity with the older guard of running. (Ultimately look for the suffix marathon to be left behind like the straggling runner who fails to clear a 30-mile checkpoint). On the sports family tree, it must be conceded that running and ultrarunning are undeniably more closely related than, say, water polo and badminton. Nevertheless, the cultural and demographic differences between the two spheres of endeavor are great enough to suggest that what was once the amusement of a few fringe eccentrics (and de rigueur for a smattering of African and Central American tribesmen) has become a sport in its own right. While the winners of both endeavors are still recognized on the basis of the fastest finishing times, ultras go out of their way to slow the field of athletes down with demoralizing distances, death-defying terrain and off-world climate conditions. In ultrarunning, a seven-minute mile pace (warm-up speed for an elite road-racer) is the kind of speed that kills even its superheroes.

To a great extent, ultrarunning is touted as catering to the athlete who just can’t get his or her fill from the standard road-running menu. Ultrarunning meets that hunger with an all-you-can eat man-versus-nature buffet. Man-versus-man is a dessert for those who’ve managed to save room after several trips through the buffet line. Man-versus-himself is the dramatic element found wherever running shoes are laced up; it’s the water that washes all the fare down. Here, not all the eyes are bigger than the stomachs.

With ultra events, finishers (as opposed to just winners) enjoy considerable bragging rights. This is no concession to the “everybody is a winner” brand of affirmation that sometimes finds itself under attack by pedagogues of sport. Whether one survives a 100-mile ordeal in 19 or in 29 hours, one has, after all, survived a 100-mile ordeal. She who does it joins a microscopically tiny family of human beings who have, in a day or so, traversed—on foot—a distance nearly equivalent to the length of Connecticut. To her we say, “Take a seat at the winner’s table. Regale us with your story. From the first to the last, all are fit to tell the world what happened here.”

If one follows ultrarunning very far, one can’t help but notice in its wide-open spaces a palpable air of rebellion against mainstream running, the splinter-group defiantly postured against the pro-establishment parent. Not accidentally, the ultra community represents running’s counter-culture—sometimes to the point even of caricature. Its athletes are as likely to run in tie-die t-shirts, huaraches and mountain-man beards as they are in any piece of running apparel that flashes even a hint of corporate branding. This attitude of defiance was built into what I believe to have been—at least until it discovered its own considerable internal momentum—ultrarunning’s original and to some degree unconscious raison d’être. When Everette Lee, in 1966, outlined the causes of human migration in terms of push and pull factors, he might as well have been describing the running scene in the final decade of the millennium. As the generation of U.S. runners inspired by Frank Shorter and Steve Prefontaine began to accept both their own middle age and the fact that the road-racing dominance of African-born runners was no short-lived anomaly, some of its still ravening competitors migrated to pastures where the grass looked to be, if not initially greener, far less trammeled. On the high mountain trails or under extremes of heat and cold, youth and world-class speed (while never quite out of fashion anywhere) were not the most important honorifics on one’s calling card. Within a few years mainstream running’s expats were claiming that the grass was in fact greener past 26.2 miles. Few could argue with them, at least not from a place of experience. Ultrarunning had come of age.

Legitimacy and recognition aside, ultrarunners can’t be accused of following the money trail. There isn’t a great deal of endorsement or prize cash in ultrarunning, a fact in which ultrarunners ought to take heart. A 2013 article entitled, “The Aspect of Nationality in Participation and Performance in Ultra-Marathon Running,” suggests that both African-born and younger world-class runners show limited interest in ultrarunning events owing to the absence of significant ultrarunning cash purses, which by contrast may climb into the tens of thousands of dollars for professional road-racing events. If you are among the very best runners in the world, why not earn a living by your rare and fleeting talents, especially when your extended family’s quality of life may depend upon it? Accordingly, winners of major ultrarunning events are, the study claims, usually American, European or Japanese and between the ages of 39 and 45, a combination of demographic facts that would most likely exclude them from top contention in major professional road-racing events.

What’s not poetic about a marginalized class of athletes running on the very margins of civilization, the forsaking of one kind of green for another? Just as Boethius, in exile, found consolation in philosophy, many American and European ultrarunners found consolation in nature, even in her most uncongenial moods. Who needed large prize purses and world fame? Wasn’t the world itself—experienced under conditions of extreme privation—reward enough? Ultrarunning came with perks that had nothing to do with its standard prize gold belt-buckles. Ultramarathons became spiritual pilgrimages. Ultramarathoners now worshipped in the same canyon cathedrals as that great lover of walking and nature, John Muir, had. Spiritual pilgrim and ultrarunner alike grappled with the burden of the body, the weight that holds the flights of the spirit in check.

Ultra legend Scott Jurek once used the term “existentialists in shorts” to describe the running family to which he happily belongs. Indeed ultrarunners are far more likely than road runners to speak the words “spiritual,” “sacred,” or “mystical” in sentences describing their cardio experiences. And if an ultrarunner smiles a trifle amusedly at our claims of runner’s highs, we’d do well to bear in mind that his path wends through successions of highs and lows that ought to stagger our minds…and that’s before he’s reached the half-way turn-around. He is a Bodhisattva who returns to us from a journey: wiser, stronger and hungry enough to polish off two large pizzas.

Running is, according to its first philosopher, George Sheehan, “A monastery—a retreat, a place to commune with God and yourself, a place for psychological and spiritual renewal.”

If Sheehan found all of that in fewer than 26.2 miles, imagine what one might find in 100.

Christopher White is an award-winning running journalist, having contributed running-related articles to The Good Men Project among other publications. He is also a lifelong skeptic and freethinker, having studied intellectual history, anthropology and philosophy at the graduate level. He lives in Monument, Colorado. 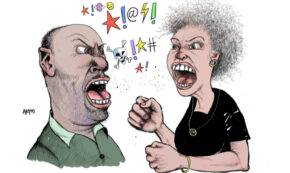 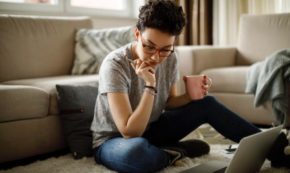 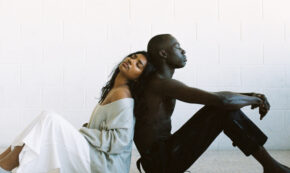 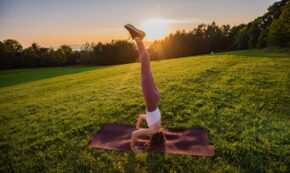 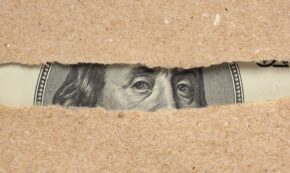