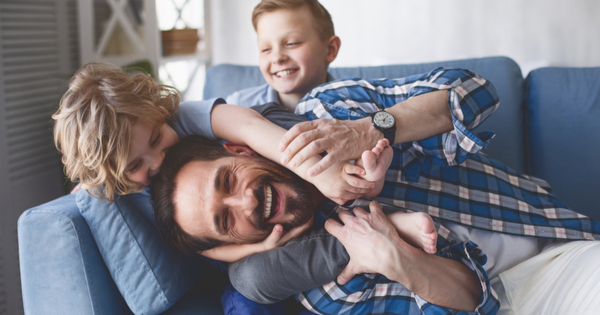 —
When I first heard about Men’s Rights Activism, my first thought was, “Seriously, when are dudes in this country finally going to get a break?” Clearly this reaction was tongue-in-cheek; men (especially white, straight, cisgender men) have benefitted greatly from a society built by them, for them.

Men have power because they are men; women can attain power, but it first needs to be proven and accepted as truth by others. But what happens when the criteria for social power and dominance changes?

The traits, behaviors, and characteristics used to organize social hierarchies are evolving. This is important, because privilege is based on one’s proximity to the dominant culture. The closer someone’s appearance aligns, the larger and more expansive their privilege or entitlements.

Maintaining a strict delineation of gender gives people an easy way to categorize. How will I know how to treat you without being able to assign male or female attributes? I’m not saying masculinity or femininity are antiquated. It’s this concept of assigning gender to emotions, behaviors, and activities that limits us.

Culturally, we’ve ascribed gender to behaviors, interests, and traits. Boys are strong, athletic, and adventurous. Girls are pretty, helpful, and caring. Girls are conscious of their appearance and how others perceive them. Boys build things and get dirty.

We start with kids as blank slates and spend years filling them with who they are, as well as who they aren’t. This second aspect is just as damaging. As long as my gender is your gender’s insult, our kids’ experience of being human will be diminished.

Men’s Rights activists come from a position of retaining dominance and a place of privilege. Viewing gender equality through this lens creates a zero-sum equation.

There is only so much room at the top. If someone from a lower tier climbs up, there is less available for those already there.

It’s these same men’s rights activists who are keeping your sons stuck in gender traps. They exploit insecurities and the fear of being exposed as “less-than.”

This “power as a commodity” worldview creates a scarcity mindset among some men. Every marginalized group that challenges a social inequity means another set of potential competitors. It also fuels the perception that something is being taken away. If I am confident in my female masculinity, that does not detract from yours.

If you truly want boys to internalize a full expression of their humanity, shut down this gender supremacy nonsense. When “male” emotions and behaviors are given preferential treatment, “non-male” traits will continue to be seen as weak or “less-than.”

There will always be a social backlash to progress. As boys are encouraged to explore things outside of the “male” box, a subset of our culture will howl back about emasculation. It’s an interesting tactic—tapping into a deep-seeded fear of losing one’s “rightful place” at the top of the ladder.

Ever notice there is no female equivalent for emasculation? Our culture accepts the negative implications of taking away a man’s masculinity, usually through public belittling or mockery. We don’t have a similar concept for women, largely because they aren’t seen as having inherent power.

It comes down to having a healthy relationship with your masculinity. When boys are shamed for expressing “non-male” emotions—crying, fragility, being vulnerable—then rage, violence, and anger are what typically remain in their entitlement set.

Rather than asking why our sons were left behind during the feminist movement, consider how drastically the message of empowerment was co-opted by these small pockets of exploitive men.

Strength, confidence, being bold—these are not purely masculine attributes. Neither are tears, vulnerability, and empathy the exclusive territory of females.
—

This is so great and right on. I love it.

Facebook2.6kTweet8Pin1EmailShares2.6k
wpDiscuz
1
0
Would love your thoughts, please comment.x
()
x
| Reply
Share this ArticleLike this article? Email it to a friend!
Email sent!