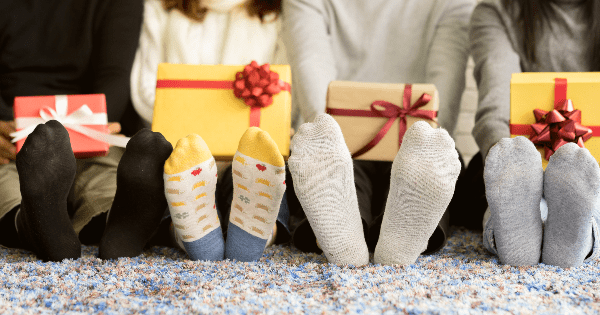 Have yourself a merry little Christmas; let your heart be light.

Next year all our troubles will be out of sight.

Christmas carols have a strange effect. They feel timeless, even though most were written in the twentieth century. A few are indeed very old, but not Have Yourself a Merry Little Christmas, which debuted only 75 years ago. My grandmother, still alive and well, remembers adulthood without this song.

Have Yourself a Merry Little Christmas resonates with me. When the song was only middle-aged, I mourned my entry into the next stage of my life without understanding why. I was drawn to the song and its various versions.

This was around the time my friends—the ones who’d guided each other into adulthood—began to drift apart. We’d already cut our visits from near weekly to less-than-monthly. Children and careers filled our minds, and we each became introverted, focusing on family. Then there were more children, mortgages, school friends and PTAs, and our visits became occasional, usually under the guise of playdates. Life intervened, and our adult adolescence was lost.

Have yourself a merry little Christmas; make the yuletide gay.

Next year, all our troubles will be miles away.

In 1944, Judy Garland sang the tune in the movie Meet Me in St. Louis. In the scene, Garland sings to cheer up her little sister. Their father has decided to move the family, and both girls are despondent—Garland at leaving her fiancée behind, and her sister at the prospect of moving and leaving everything she knows. Garland’s debut of the song is slow, sweet, and sad.

But it’s not as sad as it could have been. Garland and others in the movie found the original version to be too depressing. They petitioned the song’s writer, Hugh Martin, for a revision. In the original lyrics, the song pleaded, “Have yourself a merry little Christmas; it may be your last. Next year we may all be living in the past.” Martin changed this to: “Have yourself a merry little Christmas; let your heart be light. Next year all our troubles will be out of sight.”

Just over a decade after it premiered, Frank Sinatra recorded a version for his album, A Jolly Christmas. He requested another change to make the song a bit more “jolly,” revising: “Until then, we’ll have to muddle through somehow” to “hang a shining star upon the highest bough.”

Here we are as in olden days, happy golden days of yore.

Precious friends who are dear to us gather near to us once more.

The theme is powerful and simple. It wishes for a merry Christmas this year, while reminiscing about the past. In the next breath, it turns hopeful, looking ahead to a future without worry, reunited with loved ones. Soldiers serving in World War II and longing for home related to the lyrics, and the song became a huge hit with the troops.

Much later, it became a huge hit with me. I looked back upon the carefree days before real work and real bills; before marriage and children and adulthood. When my crew and I ruled the world in our glorious twerties. I love my children dearly, but I missed crashing on couches and floors and staying out until the sun came up, making memories and sharing hopes and dreams.

In a year we all will be together, if the Fates allow.

Until then, we’ll have to muddle through somehow—

I don’t love Sinatra’s version. The carol isn’t supposed to be jolly. Its melancholy tone is what makes the song. Without the pain, sadness, and struggle, the hope for the future falls flat. I prefer the version by James Taylor. It rejects Sinatra’s change, and reminds me of friends. Taylor’s lyrics are the ones I use throughout this piece.

I wallow in the thought of muddling through, day after day, until our lives again rearrange themselves and these bright souls rekindle life inside each other—and me—simply by being near each other, as though through osmosis. Sometimes, like Garland’s on-screen little sister or soldiers separated from loved ones, I listen to the song and cry. I cry for the past. I cry for paradise lost. I cry about growing up. And through a veil of tears, I see the future, where the children will be grown, our lives settled, and we will be together again.

And have ourselves a merry little Christmas now.

Dave is a lawyer, writer, speaker, and progressive and unwavering advocate for diversity and social justice. He strives to positively impact the world. Follow him on Twitter and LinkedIn.

Facebook36Tweet1Pin2EmailShares39
wpDiscuz
0
0
Would love your thoughts, please comment.x
()
x
| Reply
Share this ArticleLike this article? Email it to a friend!
Email sent!