Get Daily Email
Join/Login CLOSE
Home / Featured Content / Help! My Boss Is Covering Up, What Do I Do? 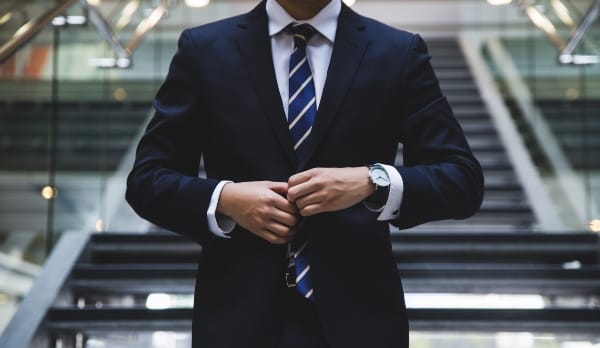 My boss is in denial. Or he is lying. Either way, he continues to report to management that our project is on schedule and within budget.

The project is in trouble. We are months behind but my boss says we will meet the completion date. He will get more manpower to complete it. Fact is we underestimated the scale of the work when we bid. My boss will get a lot of flack if he reveals this to upper management. He might even lose his job. We will all certainly lose our bonus. Instead my boss and the team are finding loopholes for some large variation order through he can hide his mistake.

Our cashflow is shrinking. As we are late, we can’t bill our clients but we have promised management that we will hit our revenue targets each quarter. Yet our costs are increasing and to keep ourselves afloat, we delay paying our suppliers.

Despite no guarantees that we will be paid the full contract price within the promised dates, we have not adjusted our revenue projections.

I’m worried because we are not completely upfront with management.

I’ve told my boss my fears if we continue this way. He reminded me that as gave me this job, he could take it away.

I made this scenario up. But I’ve come across similar stories time and time again.

There are two types of wrongdoing in organisations. One is where one or more rogue employees make money through kickbacks or fraud. It’s the second that’s more pervasive, and can exist even among the most morally upstanding employees. The pressure that companies impose through ambitious business targets can cause their people to take shortcuts. Some are unethical and some, like falsifying results, border on the criminal.

Small margins are common in the construction industry thanks to competitive bidding (I’ll leave aside collusive practices for now). We all know contractors expect to make profits through change orders, or, if the client doesn’t pay attention, by delivering materials cheaper than what was bid.

A project manager, a quantity surveyor, an engineer, may makes mistakes. We all do. In an ideal world, we would raise our hand instantly and admit, “I missed this.” Some do.

But in a project worth hundreds of millions, or billions, that has to be escalated. Boards and shareholders are not forgiving.

This is why cover ups are easy.

Management doesn’t want bad news. If they acknowledge that a large project is behind schedule and losing money, they are going to have to tell the Board. If it hits the revenue projections promised to the shareholders, they are going to have to reveal this at the next analyst meeting or issue a public statement. It will affect everyone’s bonus and the share price may drop.

The Board will demand answers.

If senior management didn’t know a project was in trouble, they could say to the Board, we didn’t know. The project team will be sacrificed and management will keep their jobs and their bonuses.

Tell management, then they have to act.

They would rather close their ears and sing out loud, “la la la,” if there is a hint that something is wrong.

A friend of mine termed this “plausible deniability”. She was describing her ex boss, a charismatic CEO. She wanted him to know about some quality issues in their manufacturing line. She found herself against a human wall. This wall – HR, Legal and VPs surrounded the CEO like a shield. No bad news got through. It was tactical. If he was ever cornered by the media, analysts, or heaven forbid, Congress, he wouldn’t be lying if he said he didn’t know.

Here’s a fun game. Maybe if you are really bored or finding it hard to fall asleep. Watch any “grilling” by Congress, Parliament or the German Bundestag of a CEO or Chairman.

“IT’S INCOMPREHENSIBLE WHY I WASN’T INFORMED EARLY AND UNAMBIGUOUSLY”

Martin Winterkorn, former VW CEO & Chairman to the German Bundestag in January 2017. Since then, DOJ has indicted him on evidence that he did know about the defeat device much earlier.

“WE WERE ALL SURPRISED BY THE EXTENT AND SPEED OF DETERIORATION IN THOSE SMALL NUMBER OF CONTRACTS BETWEEN THE SPRING AND THE AUTUMN OF LAST YEAR.”

“CONGRESSMAN, I DO NOT OFF THE TOP OF MY HEAD. BUT I CAN HAVE OUR TEAM GET BACK TO YOU AFTERWARDS.”

I did this exercise at a talk I gave 5 years ago. Back then it was Shell’s Chairman, Sir Philip Watts (on their oil reserves scandal), Rupert Murdoch (News of the World wire-tapping) and BBC’s former director general, Mark Thompson (Jimmy Saville’s sexual assault of hundreds of young women and girls).

Carillion’s collapse caused more than 2,000 people to lose their jobs. Carillion left a pension liability of £2.6 billion impacting 27,000 people. It owes over £2 billion to 30,000 suppliers and sub contractors. Some have folded. I’m not even going into the abandoned government contracts to be taken over by other companies, at a premium – costing the UK tax payer.

Carillion’s Finance Director for 10 years, Richard Adam had ensured that Carillion’s financial statements reflected a positive outlook when in reality it was bleeding. He sold his shares as the KPMG 2016 audited accounts showed a healthy financial position. A year later, those shares were junk.

How does one speak up against a finance director?

Emma Mercer (who later replaced Zafar Khan as finance director) tried raising her concerns over Carillion’s aggressive accounting with Zafar Khan, who took over from Richard Adam, and CEO Howson. She wasn’t getting traction. In her letter to the UK Parliament select committees, she answers the question:

Why did you approach Mrs Dawson on 3 May after Mr Howson and Mr Khan had already heard your concerns? Did you consider yourself a whistle-blower?

“I approached Mrs Dawson on 3 May because I felt that the use of negative accruals was a potentially important issue and I was not seeing as great a response as I would have expected to see from executive management, being Mr Howson and Mr Khan. My approaching Mrs Dawson was a way to escalate the issue with the executive management, which it achieved. I did not consider myself to be a ‘whistle-blower’ in any formal sense of the phrase. I did not feel the need to go to an independent hotline or through a formal whistle-blowing process. I could have raised it further to the non-executives if I had not received the traction I wanted, but when I escalated the issue it was dealt with swiftly and seriously, by Mr Howson raising it with the Chairman and then the Board.”

The Board appointed KPMG to do a review – like getting them to mark their own homework, said an MP. This is where the Board failed.

Other courageous people include Amit Soni, a finance senior officer in Tesco who notified the new managing director that the previous regime had hidden huge losses by its form of “aggressive accounting” which included falsifying documents. This led to a prosecution of three Tesco directors including the MD and CFO by the UK Serious Fraud Office. The trial is suspended for now as one of the accused suffered a heart attack.

Then there are companies where no one dares speak up.

Malaysia’s infamous sovereign wealth fund 1MDB is in RM38 billion (US9.2B) in debt. The Malaysian government will take years to clear the debt. The US Department of Justice names 1MDB as its largest kleptocracy case – $4.5 billion, including $700 million which appeared in ex prime minister Najib Razak’s bank account.

No one within 1MDB disclosed the wrongdoing. And certainly not to Malaysian authorities. Najib was on the 1MDB Advisory Board and also finance minister. Instead it was the media – Wall Street Journal, Sarawak Report and The Edge Malaysia who received enough information to dig. As for the Malaysian authorities that were investigating 1MDB – they faced harassment by the government. A senior prosecutor was killed and it is speculated that it was linked to his work in 1MDB.

How else can disclosure occur when the top guy of the organisation (and government!) is complicit. Unlike the UK, Malaysia does not recognise whistleblower protection to the media.

It’s On the Boards!

In every single case I mention, there were red flags. Boards should not have to wait for whistleblowers. The cost is too great for them.

Carillion, 1MDB, Volkswagen: all display a colossal failure of corporate governance. Lack of checks and balances, conflict of interest whether between boards and management, the regulators or the auditors. When regulators are pressured, auditors don’t dig or boards cower to dominant CEOs, wrongdoing continues unchecked.

My answer to the hypothetical question: My boss is covering up, what do I do? I don’t have an answer. Yes, it is your duty to escalate, otherwise you’re an accomplice. But having spoken to many whistleblowers who did exactly that – your life will change. You may find yourself on the kerb with your cardboard box. Many organizations, despite their slogans, just aren’t ready for the truth.

Instead, most employees who are unhappy at being part of a cover-up, leave without saying why. Better to go than be complicit.

This is what boards need to look at – who’s leaving and why. If your compliance officers, auditors and accountants start leaving – there’s a red flag right there. Don’t expect disclosure, especially in a closed, blame culture organization. Start digging, bring in external parties to do a review. Interview ex-employees. Don’t take management’s answers at face value.

Instead of pressuring employees to speak up, we should pressure boards to listen. When all you hear is silence, you have a problem.

A version of this post was previously published on speakupatwork.com and is republished here with permission from the author.

Animah Kosai is a lawyer turned writer who advises and writes on workplace sexual harassment, bullying and whistleblowing. She is co-writing a book on sexual harassment and is based in London. Follow her on LinkedIn and Twitter.

Facebook10TweetPin1EmailShares11
wpDiscuz
0
0
Would love your thoughts, please comment.x
()
x
| Reply
Share this ArticleLike this article? Email it to a friend!
Email sent!