Captain Chelsey Sullenberger is Breaking Barriers: From the United States Air Force to the Miracle on the Hudson to Making our Future Safer.

This post brought to you by the United States Air Force. Barriers were meant to broken. See the stories at AirForce.com.

When Captain Chelsey Sullenberger set his plane down in the middle of the Hudson River, he became the first pilot ever to execute a controlled water landing in a modern commercial airliner without a single fatality.

As a story in NY Magazine reports, the first officer, Jeffrey Skiles, had been at the controls. But when the plane hit the flock of birds and both engines went out, Sully knew he had to take over.

“Your aircraft,” said the first officer.

Air traffic controllers had told Captain Sullenberger to return to LaGuardia. If not that, perhaps Teterboro Airport, which Sully could see out of his right window. But the plane was falling fast. What would give him the chance of the most survivors? He had to make a split-second decision—the same split second in which all heroes are born—and decided on a water landing. He cleared the George Washington Bridge by just 900 feet and landed on the Hudson. He did this despite great fear: As he later explained on CBS 60 Minutes, the moments before the crash were “the worst sickening, pit-of-your-stomach, falling-through-the-floor feeling that he had ever experienced.”

That is because no one had ever done it before. As New York Magazine describes it: “The rules weren’t useful anymore. Sully had no playbook to consult, even if he’d wanted to. No pilot in modern jet aviation had ever pulled off a successful water landing. The simulators don’t even offer it as a scenario.”

It wasn’t just out of the box thinking. There wasn’t even a box to think outside of.

Captain Sullenberger had to break barriers to get the plane to safety. How did he do it?

Although the crash of Flight 1549 was dubbed “The Miracle on the Hudson”, Sullenberger himself describes it otherwise. Looking back on the event 5 years later, Sullenberger writes on his personal blog, “I didn’t know then that investigators would later conclude that my crew and I had made the best possible choices at each juncture and that our outcome was the best that could have been achieved under the circumstances.”

That series of choices—each choice being the best it could be—was the result of years of practice and training—much of it the wisdom and skills Sully had gained in the cockpit of U.S. Air Force jets.

Chelsey Sullenberger loved to fly, even as a young boy. He took his first flying lessons at age 16 and in his book, Highest Duty, recalls that his childhood home was on a lonely bit of Texan land just nine miles north of Perrin Air Force Base. You could hear the jets coming. When they did, his dad would hand Chelsey the binoculars. “I loved looking into the distance, to the horizon, wondering what was out there.”

Joining the United States Air Force Academy to continue that love of aviation seemed like a natural fit. Along with about a dozen other freshmen at the USAF, he was asked to join the cadet glider program, and by the end of the year was an instructor pilot.

Looking back on that time, a fellow cadet in the glider program believes the training Sully received at that time was instrumental in his ability to land the plane so many years later. “It was a tremendous asset to get exposed to that kind of flying early on,” said John Eisenhart, in an interview with The New York Times. “When you’re in a glider you’ve got one shot at it. You’ve got to plan your energy, and of course your altitude is your energy, and that gives you one shot at the approach.”

The willingness of Sullenberger to “fly anything” along with the technical skills he mastered along the way led to the Outstanding Cadet in Airmanship Award—he was the “top flier” in a class of 350 at USAF Academy when he graduated in 1973.

Sullenberger went on to serve as a fighter pilot in the United States Air Force for the next six years. He obtained the rank of captain, and was a flight leader and training officer. He built up his experience overseas in Europe as well as at Nellis Air Force base in Nevada.

It was at Nellis that he received advanced aerial combat training and became the mission commander for Red Flag exercises.

The Red Flag exercises are very realist aerial war games using thunderous, Vietnam War-era Phantom jets. Pilots get the experience of multiple, intensive air combat while in the relative safety of a training environment. Red Flag exercise were created when an Air Force analysis known as Project Red Baron II showed that a pilot’s chances of survival in combat dramatically increased after he had completed 10 combat missions. But getting to 10 combat missions safely, in real combat conditions is extraordinarily difficult. So Red Flag was created in 1975 to offer USAF pilots and weapon systems officers the opportunity to fly 10 realistically simulated combat missions in a safe training environment with measurable results.

Training in programs like the Red Flag program carried over into Sullenberger’s later career as a commercial airline pilot. When Sully first began flying for Pacific Southwest Airways in 1980, it was understood that the airlines liked military pilots because of all the training they had already received. However, there were some reservations. The potential downside was that Air Force pilots were also, by necessity, trained to be risk-takers.

Yet, that very risk-taking is precisely what makes a pilot like Sully so good in an emergency. How else can you improvise under pressure?

Although the first heroism happens in that first split-second when disaster strikes, for Sullenberger, it didn’t end there.

Sullenberger helped to safely evacuate the plane, and then walked the corridor of the airline twice to make sure everyone was out and he was the last to leave. After making the final checks of the plane, according to Flight Magazine, Sullenberger “took a metal clipboard with the manifest up to the wheelhouse, and used the emergency-services radio network to get a count from all the other vessels: Everyone was alive.”

None of that is any surprise to those who knew Sully in the early days of his USAF career. Eric Vogel, who was in Captain Sullenberger’s squadron all four years at the USAF academy, said that even in the boot camp-like atmosphere that first summer, Captain Sullenberger was “unflappable.”

And what does the future hold for a man so keen on breaking barriers wherever he goes?

It should also come as no surprise that Sullenberger is actively involved in airline safety initiatives. He has retired as a pilot but gone on to become an international advocate, speaker and consultant on airline safety—and now applying those same tenets he learned as an airman to hospital safety. “It’s applying all the things we’ve learned for decades in aviation and making them transferable to medicine, where the need is so great,” Sullenberger told the Contra Costa Times.

One thing Sullenberger and his supporters are pushing for: a “checklist manifesto” for doctors similar to the ones pilots use.

“I guess I’m the eternal optimist,” he said in an article by Yahoo.com on the 5-year anniversary of the crash. “I think in our society, as with every other crisis it has faced, whether it’s slavery or seat belt use or smoking, we eventually do the right thing. The question is when. In 20 years, when we’ve lost 4 million more people to preventable deaths? My vote is to do it now.”

Our guess is that Captain Chelsey Sullenberger will go on to break barriers for as long as he is able.

————————-
We’re having a conversation about what it means to be a good man in the 21st century. Care to join us? Receive our daily or weekly email. Sign up here.

Photo: A mobile phone picture taken by a Reuters employee commuting on the New York to New Jersey ferry that was helping with the rescue operation after a US Airways jet with 155 people on board ditched in the frigid Hudson River off Manhattan on January 15, 2009. Reuters/Paula Warfield 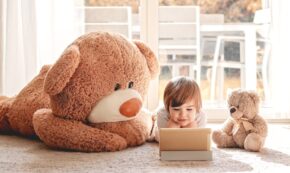 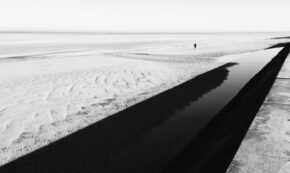 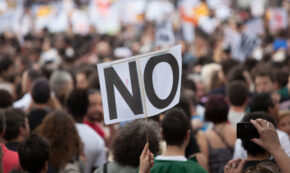 FacebookTweetPinEmailShares144
wpDiscuz
0
0
Would love your thoughts, please comment.x
()
x
| Reply
Share this ArticleLike this article? Email it to a friend!
Email sent!