Erin Andrews was called a “b” and Tony Posnanski was reminded of the day a reader schooled him for using the word, even in jest.

Erin Andrews was just called a “b*tch” and a “bimbo” by a shock jock and his cronies. The obligatory and meaningless apology has also been released. Some are calling it “news” and for them, it is. Personally, my headline moment was last month when I used the B word rather tongue-in-cheek, having no idea the damage and the power that it could hold, regardless of context.

I wrote a post called “To The Dumb B*tch At The Gym”. It was about how I always judged people without getting to know them. I started out by thinking a woman whom I never spoke to was “acting like a b*tch” because she never said hi. She talked to me and she actually was one of the nicest women I have ever met. I ended the post calling myself a “dumb b*tch” for the way I was acting.

It was one of my most popular pieces. I got letters from people telling me that it was an awesome post. I was even told by someone that it was one of their favorite posts on the Internet and of course, that made me feel great.

Out of the thousands of great comments, I got one email that made all of the others obsolete. She told me that she was not going to read my work anymore because she could not believe I used the word b*tch.

I wrote her back. I apologized that she got offended and I told her that I was sorry she was not going to read my work anymore. I also said that I did not mean the word in any mean way

She reminded me that words have power. It didn’t matter how I used the word. She didn’t care that I was referring to myself. She only cared about the times she heard the B word, herself.

It is a word that is used to “put women in their place”.

I realized I was wrong.

I have a wife and a mom. I don’t want either of them to be on the receiving end of that word. It’s not a word I should have ever used for myself, even in jest.

So, I stopped using the word.

Tony Posnanski was over 400 pounds for most of his adult life. His wife wanted him to get healthy so they could start a family. Finally in 2008, he decided to get healthy and lost over 200 pounds. While losing weight he started to document his weight loss on his blog, The Anti-Jared.com. While doing so he found a love for writing. Tony writes about family, weight loss, and any opinion he might have. He has been featured in CNN, Huffington Post and AOL. Tony also enjoys posting random status updates on his Facebook page.

It’s great to find a gender neutral, politically correct way of insulting someone.. ‘asshole’ works pretty well in most circumstances as long as the person is an adult. I’m sure there are contexts where this wouldn’t be the case (if the person has colon cancer, for instance). But sure, people can use these words as the writer said, tongue-in-cheek. Sardonic, bitter humor is meant to show the derisive nature of a word or action; it’s being used ironically or as self-deprecation. Of course people can use this out of context to support being prejudiced. Many comedians, Lewis CK and George… Read more »

Thank you for writing this introspective and affirming article. I hope that more people learn that name calling and blame shifting create and amplify problems, not resolve them.

@Erin, thank you for your thoughtful posts and informative replies. Reading how you address the push back gives me the language I need when I find myself in the similar situations.

Thank you for highlighting this…. in truth any name calling is destructive to one’s spirit. Name calling is a form of control and its intention is to tear someone down. Someone with low self esteem will name call in order to make themselves feel better. So for a moment they feel better when someone else feels worse.

Why not work to build each other up rather than tear each other down?

Using ‘bitch’ on someone tells me you have an expectation of them that they’re not meeting and you feel entitled to be angry about it. I think you should check your expectations. And entitlement.

It doesn’t matter what the word is, whatever the word, it’s being used to push the other persons buttons. The worst thing the adolescent boys can call each other on the unit is “bitch.” Even “faggot” doesn’t get the attention “bitch” does.

“Apparently there’s nothing in the world lower than being a woman.”
How about ‘faggot?’

I honestly don’t hear that word as much as I use to. Not to say that it isn’t still being used as much. Or it could be that I’m sensitive to the slurs used against women. But I’ve hear “b*tch* used a lot , even on regular channel mainstream TV and I don’t hear “f*ggot” used on regular channel mainstream TV. I think we culturally use the word b*tch a lot more then we realize. Recently, after reading a couple articles on GMP, I’ve heard a lot of justification on why it’s okay to use the word “b*tch” or other… Read more »

Typically when someone uses the term “f*ggot” or “p*ssy” or even “gay” against a man it is often used as a way to call into question a man’s ability to “be a real man” (of which the easiest way for society to do so seems to be by also questioning their sexual orientation) which is most often done as a result of them showing some sort of so-called “feminine” characteristic. Again, it is often still a way to put men down by implying they are too “feminine” which also sends a powerful message about how we view and value women/femininity.

Honestly, people can’t expect everyone to censor themselves to fit their feelings. It’s not practical. If I censor myself to fit one person’s ideal (a person I’ve never met) I would have to censor myself for EVERYONE’s feelings and that would cause me to say almost nothing. I get it, you don’t like the word. Maybe I don’t like you telling me “merry Christmas.” Or telling me “have a good day” when I leave a store. How on earth could you assume a family member hadn’t just died and I’m going to have the worst day. I’m of the mindset… Read more »

You can’t always know what words will set somebody off. That said, if somebody explicitly asks one not to use a word considered offensive, especially when that word is almost always used to directly or indirectly insult that person’s group, what do you or I have to gain by continuing to use the word in question? We’re knowingly making someone uncomfortable, or making them relive truly awful memories, just so we can speak without having to think. Of course, exceptions can be made when talking about the term itself, maybe in a linguistics course. But apart from that, I don’t… Read more »

Does that mean you’ll never use the word jerk and / or advocate for it to be discontinued or should men just man up and get over it because it’s too difficult to think up another phrase?

Charlotte, does your philosphy apply to the word “n*gger”? Would you also so casually throw that word around? Would you tell African-American people they are just too sensitive about it? I highly doubt you would. How about slurs used against Asian? People of a certain sexual preference? Indians? Or are the slurs used toward women especially okay? Because I highly doubt, though please correct me if I’m wrong, you walk around using slurs against people based on their race, sexual preference or religious belief. Yet it remains okay to call women all kinds of things for all kinds of reasons.… Read more »

Words only have power if you let them have power.

Archy – Are you saying that the woman who wrote to Tony was being a “female jerk” and her abusive ex, son, and everyone else that used that word against her was ust calling her what she was? Trey, how does the existance of the “d*ck” justify calling women a “b*tch”? Come on guys, holy cow, help us ladies out a little bit! Stop justifying or advocating for name calling. I don’t call men the “d” word. If I don’t like what a man says or how he behaves, I try to talk to him about it rather then just… Read more »

Who justified it? I simply stated it was used in a similar way “Dick” is used……nowhere did I say I approved of it. Degrading anyones sexuality or gender is wrong……and typically unimaginative…….A concise formal language version of dressing a person down verbally is much more effective anyway.

No, “dick” isn’t used in completely the same way, as often, to apply to men and women. Alot of female slurs seem to be used more often to shame both men and women. As if the worse thing someone can be is of the female gender.

“completely the same way” does not equal “used in a similar way”.

@ Erin If you look at the word jerk, it’s derived from jerk off or jerks off. The basis of the word is an insult that belittles men, yet several people who want to ban b*tch believe the word to be gender neutral and non-sexist. I guess this comes from them either not caring where the word originates or believing that the meaning of the word has evolved. I think this is where we are with bitch, but from a progressive / liberal / feminist point of view at least you see some push back against the use of the… Read more » 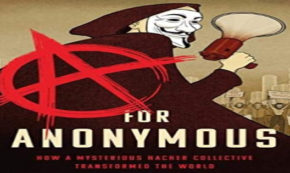 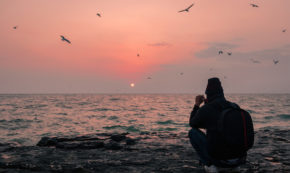 Facebook704TweetPin14EmailShares718
wpDiscuz
Share this ArticleLike this article? Email it to a friend!
Email sent!