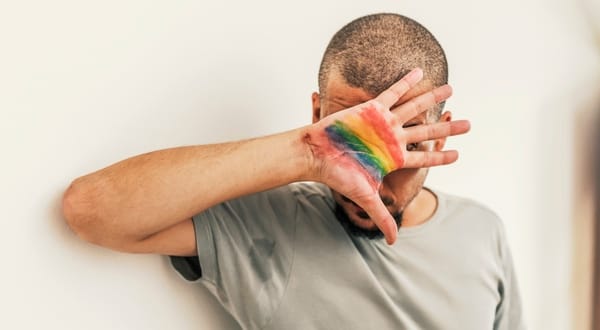 —
Last week, I saw a post on the Facebook page for the Good Men Project’s Writer’s group entitled, “Children don’t deserve spankings.” The post was linked to a recent video about why parents shouldn’t spank their children, an opinion with which I wholeheartedly agree. The research on the effectiveness of spanking is fairly dismal – it doesn’t work as a long term lesson about proper behavior, it generates resentment in children, and it communicates an acceptance of violence as a way to address problems. 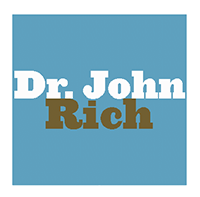 In the comments section of the post, one member suggested that someone write about this topic, and connect it to the ongoing discussion about men and masculinity that is the focus of the Good Men Project. In response, I left the following comment:

“I feel like the connection to men comes from my experience on father facebook pages, which is that the opinion that you shouldn’t spank your children – especially your sons – is worthy of ridicule. Not spanking your children is often equated with making them spoiled. Further, the discussion usually includes homophobic remarks about how sons who aren’t spanked will “turn” gay, or fathers who don’t spank are secretly gay. The connection between homophobia and gender roles is made fairly explicit in these conversations, which happen on father blogs very frequently.”

Indeed, when I’ve written about why parents shouldn’t use spankings, I have almost invariably been attacked. My ideas are the reason “this generation is so spoiled.” I’ve also had men wonder out loud whether or not I might be gay (I guess not spanking is feminine?), or predict that my sons will “turn out” gay because I didn’t spank them (I guess because spanking makes boys tough, and tough is the opposite of gay?).

This running refrain among some men in the father blogging community has been quite interesting to me, and reminded me of a book I read in seminary, called “Homophobia as a weapon of sexism.” In this book Suzanne Pharr argues (convincingly, I think) that, when people act outside of their gender roles, our social norms rear their ugly heads, and questions about sexual orientation arise. Women who act too stereotypically masculine are warned by these questions: If you don’t get back in line (i.e. act more feminine), you may lose status (i.e. be labeled as lesbian). As a man, I’ve noticed that, if I express compassion or gratitude toward another man, jokes about being gay are often told: “Whoa! Don’t bend over in the shower if he’s around!” Or, “Do you want to make out now?”

Ms. Lisa Hickey, the Publisher of the Good Men Project, replied to my comment, and asked me if I would write something about this connection between masculinity and homophobia. My idea about how to do that was to go onto the LGBT page on Reddit and post the following query:

“I am writing an article for The Good Men Project about the ways that men are pressured to conform with their gender stereotypes (e.g. be tough, non-emotional, non-vulnerable) because of a fear that they will be labeled “gay.”

This is based on a book called “Homophobia as a weapon of sexism.” I’m hoping for any comments, examples, and (more preferably) stories about how homophobia is used to keep men from expressing themselves authentically.

Thank you for your help.”

My query produced 10 responses, some of which I would like to share with you here (all spelling and grammatical errors are part of the original responses).

1) One example I think that leaps to mind are pretty much any of the arts. Perhaps more like dancing and acting, but even paint and canvas, etc could be seen as “gay.” The very act is in indulging your emotions and feelings to generate art.
But dancers and actors are given a worse run of it. Dancing when it is not in a hip hop style, so stuff like modern or ballet or jazz, are seen as effeminate. Areas mostly for women. Men’s bodies are not supposed to be lithe and flexible. They’re meant to be solid and unbending, like football players. And acting is a well known haven for gay youth. It’s pretty impossible to be involved in it and not expect to be met with some stereotypes.

2) A buddy of mine is in the arts circles and he said it wasn’t the same homophobe pickup truck riding guys that got to him. He had seen them all his life so fuck them. It was the women, who commented how gay his art was, and here ‘gay’ didn’t come off as a positive quality.

4) I get that a lot of men feel they have to portray themselves as manly. There is, however, two sides to this argument. I’m pretty masculine and I like sports…but I actually overheard someone once state that ‘I didn’t know how to be gay’. Thus implying that gay men must conform to a certain set of criteria to be validated. Bottom of Form

5) I am a trans woman. I was constantly told, boys are strong, boys don’t cry. The pressure to conform in middle school in a small town when you are already different is so great. By mocking or bullying young men who are different, the social pressures of that time make life hard for any who are outside the norm. Gay, trans, bi, even straight kids who don’t like sports and want to do art or acting get mocked.

6) One thing I’ve noticed is that even though people use the word ‘gay’ as a way to belittle men and keep them in a really narrow view of what masculinity looks like, queer people as starting to re-coup ‘gay’ as a descriptor. It’s like when my father calls something ‘gay’, and I call something ‘gay’, we have entirely different meanings behind that one word. As a queer guy, when I call something gay, it’s because it looks like it belongs to queer culture.

7) Like, I’m part of a Facebook group about awful recipes and cooking, and someone posted a link to a video making this cake. I said that I’d suffer through a slice of it to boost my queer credentials, maybe, but I’d probably die on the second slice. Look at it. It’s pastel, it’s vaguely rainbow, it looks incredibly sugary, it’s the most extra thing I’ve seen all week.

People who dress in extra-pastel, cutesy, 90s-style aesthetics are a common subgroup in queer culture. This picture of drag queen Aja sums it up that aesthetic pretty well. Light pink colours, denim dungarees, a pink choker with an O-ring. That mixture of cute colours, 90s styles and something that’s a little more kinky than cute.

On the other hand, when my father calls something gay, he’s got the flattest, basic stereotype of ‘gay’ pictured in his head. He’s thinking limp-wrists, overly-feminine speech (no queer language here), calling people ‘darling’ and saying that things are ‘fabulous’.

8) I’d imagine that when a lot of straight people use the word ‘gay’, they throw a few basic, dusty stereotypes together, some of them probably pretty negative.

9) When I say something’s ‘gay’, I use it as a way of referencing queer culture. It’s a reclaimed term of expression that I can use to create a little ‘inside’ joke with other queer people – we all know that if I’m calling something ‘gay’, it means I’m saying it looks like it belongs in queer culture.

But when a lot of straight people say something’s gay, the only thing they’re referencing is outdated stereotypes and ideas about what men should be like. It can be applied to anything.

I appreciate the responses of my fellow men.

I appreciate that they still have to resist letting people use a word like “gay” as a pejorative affect them on a personal level. As a white, straight, cis-male, I can’t imagine how hurtful it would be if some key facet of my identity was used to describe something ridiculous. For example, “Dude. I can’t believe you like that. That’s so John!”

I also appreciate that our culture has a way to go. We have to separate being a man from being stereotypically masculine. As I’ve discussed in my article about raising our daughters and sons, when we reward and ridicule our children on the basis of the gender roles that our society has created, we raise children who are incomplete. I advocate gender-free parenting. Each of the genders is comprised of behaviors and characteristics that are valuable – courage, sensitivity, toughness, emotional connectedness – when they are possessed simultaneously.

I am happy to have taken on the challenge of writing about this topic. I believe that our world will be that much greater when we are allowed to act how we authentically feel, based on our decisions about what is right for us in our current context. Conversations about the decoupling of sex and gender, and of gender and sexual orientation, are a big part of how we can move closer to that better world.

This post was previously published on www.drjohnrich.com and is republished here with permission from the author.
—

Dr. John D Rich, Jr. is an educational psychologist, associate professor of Psychology at Delaware State University, and a father of two boys. He writes about parenting and teaching advice at drjohnrich.com.

Dr. John is the author of a set of 3 books on parenting:
Positive Parenting (core book); Practical Parenting (the workbook); and How Did You Get Him To Eat That? (the supplement).

Listen to his radio show, Dr. John's Neighborhood, on ipmNation or other syndication outlets.

Facebook58Tweet2PinEmail1Shares61
wpDiscuz
Share this ArticleLike this article? Email it to a friend!
Email sent!