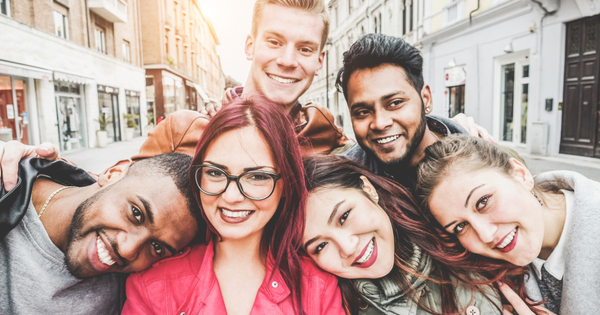 I have been a shit friend in the past. I’ll be honest with that one right now. It’s a wonder those that have stuck with me, have actually stuck with me as long as they have.

That is more-so a testament to their awesomeness, rather than mine. I have friends who I have kept in contact with from School since I was 7, and we still meet up today. But I was never that good with people, even although here I am, with companions since a young age, that I can rely on. I didn’t really learn to connect on a deeper level to people until about ten years ago.

I was a rubbish friend because I was flaky. I’d gravitate to whomever was making me feel insecure at that moment in time. I can usually pin it to the excitement and unknown feeling of meeting someone new and all the mystery that surrounds that. Think of me as like a little chasing the energy vampire. I’ll gravitate to the person that’s giving out the good feels the least, and try to work for their affection. This was me in a nutshell.

I had always recognized this. I knew that I did it. I knew that certain people were good to be around whatever the case, and other people were tough to be around; I seemed to forever be trying to garner their approval in some way or another. I was always trying to get them to like me, even though I convinced myself I was fairly unlikable. I had this inbuilt insecurity that if you made me work hard for the good feels then there’s a guarantee that I’m going to be around you more than anyone else. I had this insane notion that likability was something that I had to work for.

The friends that were easy to be around? They were always my fall back. I didn’t need to be around them because no matter what I did they’d always like me. They’d be there for me if I was hunched over a dead body with a bloodied knife in my hands. They would be there hiding the body with me.

You see, it was essential that I be liked. It was one of my worst insecurities at the time. It was pivotal to my core of well being. In my mind, if someone didn’t like me then this was confirming what I already thought about myself — that I was unlikable. So my life’s journey was to set about trying to get everyone that I met to enjoy being around me. At the cost of my own sanity.

That all changed after a myriad of counseling appointments, psychotherapy, rehabilitation, and leadership training. And it all changed because I wanted to do it. And here’s what I learned.

Most people listen to respond to others, whether that’s to agree with them or to disagree with them. The basic form of listening is selfish in the sense that we only care what our opinions are and not the receivers. Like when you’re arguing on Facebook for example. Are you frustrated because the person you are talking to isn’t taking on board your points? Yes, and that’s mostly because neither of you is listening.

Listening has several levels to it. The deeper form of listening is asking yourself why the person is telling you these things and what has gone on in their lives to have them come to their conclusion. It’s a way of trying to understand that individual, and more importantly learning something new.

If you walk into any situation thinking that you’ll learn something new from it, then your mind will be open to teaching yourself new information about the world. People will gravitate to you, and most importantly they’ll want to get to know you a little better — because everyone likes to tell a story. If you’re actively listening to someone telling you a story, and asking you questions, most people will want to do the same with you. It sparks interest in them, as well as you.

I’ll also state that in a world that isn’t listening right now, do you know how valuable actual listening skills are? Very. If you think you listen, chances are you probably don’t — and that’s not me being mean and judgmental, I just know that out of my 39 years of life I’ve met very few active listeners.

Check-in every so often

I get it, life is busy, we too often get wrapped up in our own stuff, especially if you have a child and a relationship to contend with, but there’s nothing stopping you checking in with your friends. If they live far away drop a line on Facebook, if they live close show up at their door or give them a call. I guess I’m saying just don’t take your friends for granted.

Sometimes the most unexpected call ins are the best. I had one of my friends call me up and say he was in my town for the day, do I want to meet up? So I picked him up and took him back to the house.

Great conversation we had — it was good to meet up again. And it gave me the good feels you know?

Most people appreciate the little things — even when they don’t say it. A little message or check-in goes a long way. It lets people know that you are thinking of them.

Be honest with yourself and others

Again, another hard thing to do but it can be achievable. I’ve answered SO many questions on Quora about honesty and how lying, in any form, is unacceptable. White lies? No. I hate it when I ask a question and someone tells me a lie to protect my feelings. That does more harm than good.

If I look like a fat mess, I’d rather I was told straight to my face rather than dance around the subject. This gives me the option to do something about it.

Lying is harmful. Lying to yourself is even more harmful. I centered my entire life around trying to get people to like me because I didn’t want to hear that I was an unlikable person to some. I was having other people re-enforce the lie that I was telling myself that I was an all-around likable guy.

Some of the most frightening truths I’ve had to come to terms with in the past is that yes, I’d done some shady stuff, and yes, it was a really mean spirited thing to do, but this is who I am. It’s all part of my psychological makeup from birth. These are my experiences.

Coming to terms with all this helped me to stop lying to myself. Once I saw my naked self for who I was, and that sometimes I don’t make the best decisions, was really helpful to my well-being.

By understanding that about myself then I was able to move forward into forgiving, and letting go things that other people had done to me. It also fosters deep connections with other people. You’ll find that through your own unbridled authenticity people are far more authentic with you. They also feel safe. Because I don’t judge myself harshly, that transcends into judging others less harshly.

Lastly, never be afraid of intimacy with friends

I’m a very intimate person. My friendships go deep. I talk about all sorts with my friends; my hopes, my dreams, and my fears. In return, I like to hear them talk about the same. I’ll agree that not many people are comfortable with this as I’ve found out in the past, but this is who I am as a person. I am me. Not everyone in the world is going to like me, and I’m certainly not going to like every person in the world.

But if you want to go deep with your friends never be afraid of that connection. You’ll connect on a level with them that you didn’t know existed, and you will grow with them on an exponential level. It’ll be a bi-directional thing.

Life can be very paper-thin when you have a lot of friends but no-one you can really open up to. I’ve swapped that for having a few close friends, that I can open up my whole mind to. And that for me is definitely fulfilling! 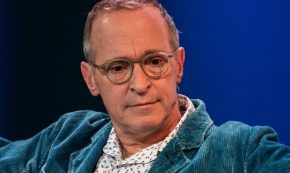 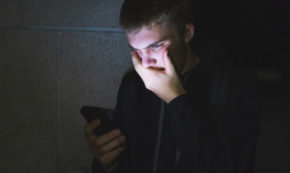 Facebook22Tweet4PinEmail1Shares27
wpDiscuz
Share this ArticleLike this article? Email it to a friend!
Email sent!