Get Daily Email
Join/Login CLOSE
Home / Featured Content / ‘I Am Not Racist, but..’ Is the Most Racist Thing Anybody Can Say 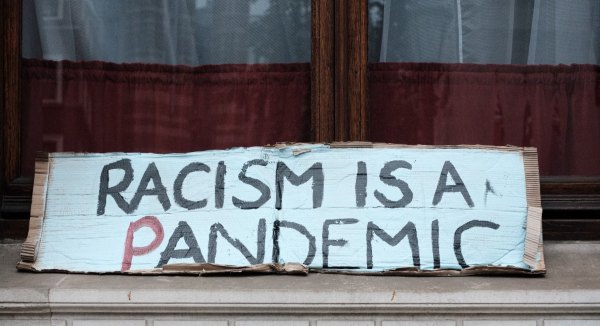 The year 2020 -I believe- should be called the racist year. It starts with the Chinese virus -of course, we all know who said that- following with the protests of black lives matter and recently the Muslim community calls for a boycott of French products.

We are all racists in our minds. No offense, but, when you think a little about it, you will find that you have judged people by the looks or the first impression. How many friendships started with “I don’t like this person”. When time passes and you get to know this person, you find out you two are so much alike.

Whites around the world are the privileged group that benefits from racism. Racism acts operate on different levels and manifest through differential societal policies and unfair treatment by social institutions, norms, and attitudes (prejudice), negative beliefs (stereotypes), and behaviors (discrimination) toward non-dominant racial groups.

Of course, there are very clear racist scenarios that can never be tolerated. How many times have you seen ancient people still living in the age of slavery? The word slavery does not only include a person of color but also a woman, a wife, a child, or even a maid trying to survive this cruel world. 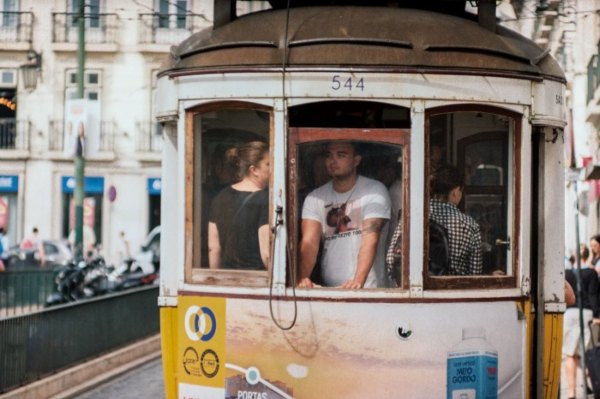 Photo by Portuguese Gravity on Unsplash

One time, in Rome, it was a normal day for me going back home after a long day at college. I spoke the language and did not seem like a foreigner, yet people can notice. I had long curly dark hair and eyeglasses. At a rush hour, I normally took the tram — a subway above the ground — . Like every other day, I waited for the tram a while since public transportation is not reliable in Rome and never arrives on time.

I finally get on the tram and like everybody else I hunt the empty seats. I saw 3 seats in a row, the first was taken by a very smiley guy of the same age, well dressed and seemed very happy to this time of the day and the other 2 were empty. I skipped the seat right next to the happy guy and sat at the end. It seemed weird why everybody is standing while 2 seats are free. I began to read my book but something seemed off.

The happy guy kept looking at me and smiling; as if he knows me really well. He had a lighter in his hand playing with. He rested his arm on the back of the seat between us and lit the lighter and starting laughing. The happy guy started talking to me, asking for directions but a kind lady answered instead and then nodded her head meaning he was an unstable person. He then was not satisfied that he could not bully me enough and impolitely started asking some racist question

“where are you from?”

“What are you doing in my country?”

I then stood up and joined the crowd. I’d rather keep standing and not rest after a long day than take these insulations from a racist guy. Again, the happy guy was not satisfied with the outcome. He also stood up and started asking the same question but this time he raised his voice shouting

“I’M ASKING YOU, WHERE ARE YOU FROM?”

“CAN’T YOU LISTEN, WHAT ARE YOU DOING IN MY COUNTRY?”.

This time was different because a local of the same age — who was with his girlfriend — stepped in. The kind local guy — who did not know me — started shouting back at the happy guy

“Don’t do that, you do not have the right to say those things.”

The happy guy was not satisfied for the third time. How can a local of the same birth country say so. He then replied aggressively

The situation started heating up and people started shouting at the racist happy guy to. The girlfriend was not comfortable with her boyfriend fighting with a racist in a public transportation. She secretly called the police and told the driver about the situation. The driver stopped the tram at once and saw how the happy racist guy is reacting and fighting with everyone, he then let the police get inside from the drivers’ cabin. The happy guy was not satisfied for the fourth time and even tried to fight off the police continuing his racist questions and wondering why everybody is taking the foreigner’s side.

And this is a happy ending without me speaking a word to the racist. To give him the benefit of the doubt, maybe he was trying to make a new foreigner friend by lighting a lighter next to him, asking where he is from and what he is actually doing in his country then shouted at him and did not give the lady who replied instead any attention.

A more reasonable explanation is that he was drunk or high, this amplified his racism to come out this way.

Racism can play a huge part of shaping the life course, a perspective for understanding how human experiences unfold over time. At the interpersonal level, the life course perspective recognizes that development is not simply the addition of age to a person’s life, progression through predictable stages, or cellular aging and senescence. Rather, it emphasizes that human development is social: the ages of 22, or 90 years are more important for social, legal, and symbolic implications than for biological reasons.

“And in the end, it’s not the years in your life that count. It’s the life in your years.” — Abraham Lincoln

The world can be a better place if more people speak up when they see someone get bullied or hurt.

A Photographer, an engineer, an environmentalist, a loving brother, Contact info: [email protected]