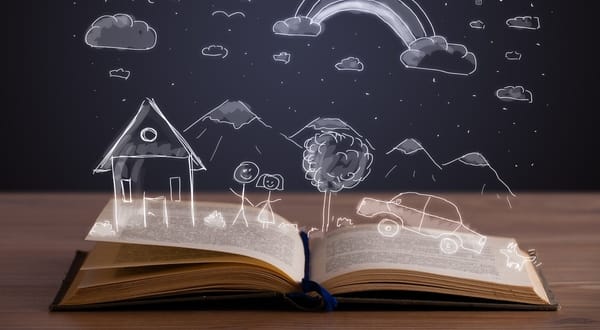 —
I was contemplating a difficult scene in In Plain Sight today. The scene involves one of the characters being instantly confronted with a horribly traumatic series of events from their past, events that they’ve completely blocked from their memory.

I’m struggling with how best to write the scene. I know what should happen, to be true to the story, and true to the character.

But it’ll hurt them. And I hate hurting people. Even imaginary people.

That, of course, brings up the question: “Why do I write stories about people getting hurt?”

I’m not getting all worked up about this in the classic sense. I know this character is just a made-up person. They’re not real. I get that. But at a very basic level of my being, I don’t like to hurt people. It’s one reason I’m glad I never went far in my law enforcement career.

But there’s a part of me, and I suspect I’m not alone in this, that worries that readers will think writers are terrible people for the things we do to our characters. Let’s face it: the entire mystery-suspense-thriller genre is about taking this average person and making a bunch of bad things happen to them. Sure, Saving Private Ryan was a story about the incredible bravery shown by a Ranger squad as they tracked down a soldier in the midst of D-Day. But the underlying tragedy was that he was the last one of his brothers left alive. Their mother had lost three of her sons in the space of a few weeks.

Romance writers are just as bad. Story after story is filled with Fate doing her absolute best to keep a couple from finding their Happily Ever After moment. Maybe it’s the vengeful ex, or someone’s got cancer (or both, for a really malicious author), but there’s always something coming between the lovers.

While I was killing time trying to figure out the scene, I came across an interview with Kathleen Turner in which she talks about a variety of topics. One, though, is key to writers facing the same thing I’m going through. David Marchese asked Ms. Turner a question about working with Jack Nicholson, which led her to comment about director John Huston. Mr. Huston at one point challenged Mr. Nicholson to not “put the lie to his character,” saying that it can be tempting for actors to do because they want audiences to like them. Ms. Turner says that was a great lesson.

When did you learn it?

Very early. My first Broadway show was Gemini in ’78. I played this spoiled white girl whose boyfriend is struggling with whether or not he’s gay. She can’t handle that, and at the top of the second act there was a scene where she’s saying how wrong it all is. I was not doing the scene well and I didn’t know why. Then it hit me: I’m afraid that the audience is going to think that I’m like this character. I didn’t want people to think that I was this stuck-up, privileged white girl. But there’s the choice: Do you want the audience to like you or do you want to be a good actor? That’s an easy choice for me.

And that was it for me.

Let’s face it – few readers are ever going to meet me in person. I have a social media presence and interact with people there, but it’s difficult to figure out someone’s exact personality from a bunch of posts on social media. So if you like me as a person, that’s great, but that’s not my goal.