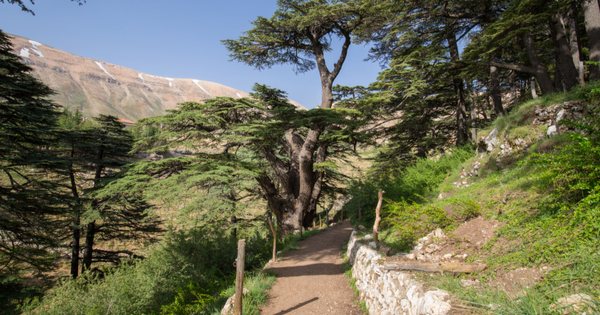 Five years old. I remember the Mediterranean. Gliding over it.

Stepping out the airplane, the smell of the sea’s salt and olive groves filling my nostrils. Hugging grandpa, the grinning man I had never seen before, his grey stubble scratching my soft cheeks. Driving through Beirut to my mother’s village in the mountains, looking out the Toyota’s window at the dark, dirt-stained faces gazing at us from under rubble in that one horrible section of the city where the buildings had been bombed to ashes by the Israelis and the Syrians and the extremist thugs and the newest gang to emerge, Hezbollah.

I remember the churches and the mosques built one next to the other. The crusader forts, the Roman ruins, the thousand-year-old field next to, Tyre, a great city where — grandpa said — battles were fought and history made by a “great man” named Alexander. Why, I wondered, was he a “great man”? It seemed to me that he was a bad man. A man whose “greatness” came at the price of blood. Too much blood.

I remember arriving in the village my mother grew up in, Bishmezine. Meeting family and friends I had never seen before. Sleeping that first night, waking to the shouts of an old shepherd chasing his goats and the crowing of a rooster and a last grating, machine-like sound that I would later learn was a Syrian fighter jet buzzing high through the air above the mountains.

I remember meeting Assad. “Our God is the same as yours,” he would say, telling me of his religion — Islam — that seemed so completely different from my own (though even at that time I had begun to doubt religion).

Running through the cedar trees with the boy, caught within our own secret world. Playing. The way that in the evenings my grandma, my teta, would chase after us, sit us down, and feed us warananab, kibbe, and hummus until our stomachs felt ready to burst. The way we would watch Rania, the prettiest girl in the village, jog every morning, both of us completely silent inside the bush we hid in. How every bounce of her voluptuous body sent us into uncontrollable laughter.

I remember visiting downtown Beirut one evening with Auntie Dana and my cousins. The beautiful old buildings and the way downtown had been made to look so rich despite the stifling poverty mere miles away. Leaving the city’s center, the faces of homeless children gazing at me from grimy alleyways, the way I yearned to befriend them. The one boy who asked me to buy him ice cream; and when I did, the way his brothers — twenty at least — all came, pushed him down, licked at the treat like starving wolves. The way I beckoned him to me afterwards and bought him another ice cream cone for him to have all by himself.

I remember visiting my father’s house. Thinking: God, his childhood was so different. Walking with him to his favorite place to get ice cream and treats and seeing the big, black-bearded men clutching AK-47’s. The way my dad bent down and whispered to me, “Syrian intelligence,” and the way his eyes flashed with hate. The way those men stared at us as we walked by, and the conviction I had that these chubby, bearded thugs were the epitome of evil.

First when I had arrived I’d noticed only the good, the fascinating: the lush green hills; the bright, light-blue sky; the carved columns and pillars from ancient times that would never come again; the warm yet cool Mediterranean air that brushed my body; the two-thousand-year-old churches built next to one-thousand-year-old mosques. It all seemed so amazing, and I absorbed it with the pure innocence of a young child.

But then I thought of the poverty-stricken children in Beirut who had come to lap up the ice cream I’d bought them, the fighter jets flying over Lebanon’s mountains as if they owned the place, the way bad men took advantage of those who didn’t like the fighter jets and said they were on their side. Even then I knew that despite their lies they just wanted the same thing the people in the jets did: power. Power, I thought then, was the reason Lebanon couldn’t remain this nice, pretty place with sloping hills and grazing goats. Power was the reason the Muslims and Christians would fight again. Power was the enemy of peace. Power would destroy everything.

I remember the summer’s end. Hugging Assad, tears clinging to my face, saying bye to my grandpa with his scratchy grey beard and my grandma with her heaps of delicious food. The plane taking off over the cresting blue-green waves of the Mediterranean. Looking out the right window as we ascended and seeing the land below dissolve into the distance as I flew home to a place that was much more stable, much safer, much cleaner, but somehow drained of all mystery and not nearly as much fun as Lebanon was.

I remember going through security at the airport in D.C. The guard asking us where we were returning from, the flash in his eye when we told him, how he then took us aside to search our bags. “What’s this?” he’d asked suspiciously, pulling out our argili. “A Gamcube?” he joked, and my twin brother and I laughed.

Nearly twenty years later I still remember all these things. They are engrained in my memory. I doubt I will ever forget them. Today Lebanon looks worse than ever. The Syrian troops have left, but the thugs, just starting out when I saw them, have now grown into a beast named Hezbollah and have illegally seized Lebanon’s government. Unexploded bombs left over from Israeli fighter jets and the 2006 Israel-Hezbollah war still kill a couple innocent children every week (“they die because the bombs look like toys!” a Lebanese friend said, resigned), kids who are probably not much unlike myself and Assad when we were five. The poverty is as overbearing as ever. Death hangs over everything like a stench that won’t go away.

Yet still the politicians are on television spewing their mindless hatred, cheered on by the mindless masses. Still they grasp for power. And I do not think that they will ever be satisfied; the cycle will go on forever; peace will be a long time coming. How do I know this?

Simple. I know this because we are human. Because the great irony of the word humanity is that it is, too often, inhumanity.

Facebook17Tweet2Pin1Email1Shares21
wpDiscuz
0
0
Would love your thoughts, please comment.x
()
x
| Reply
Share this ArticleLike this article? Email it to a friend!
Email sent!