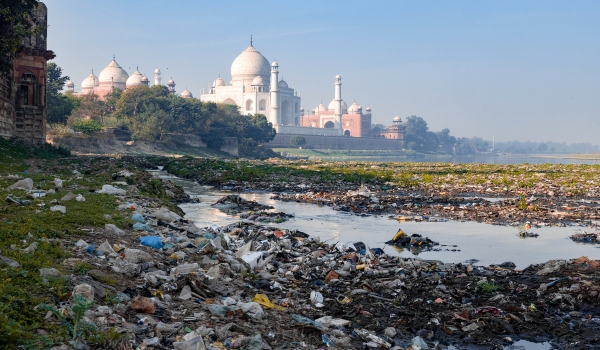 CHENNAI, 10 April, 2019 − Candidates promising to fight for clean drinking water and a halt to pollution are likely to gain the support of millions of Indian voters.

Environmental issues, particularly clean water and air, traffic congestion and better public transport, are among the top priorities of urban voters as they prepare to vote in the world’s largest general election.

In India it is no longer religion or caste that tops the poll of issues that concern voters, but policies that affect their daily lives, still blighted by some of the worst pollution in the world which is also contributing to climate change and the shortage of clean water.

Although for both rural and urban voters job opportunities and the need to make a living are the number one priority, a whole list of environmental issues are more important than terrorism or strong military defence, both of which appear to be of little concern to the electorate.

With air pollution a major cause of illness and death in both town and country, the voters are also demanding better hospitals and health care centres to help them with breathing difficulties.

The elections start on 11 April, and with 900 million people able to vote it will not be until 23 May that the result is finally declared in 29 states to elect the 543 members of the lower house of Parliament, the Lok Sabha, which in turn elects the prime minister for a five-year term. Astonishingly, there will be 84 million new voters, those who have reached the age of 18 since the last general election.

“My daughter has sacrificed her life to save future generations from pollution . . . We won’t let go of her goal’’

In rural areas, where a majority of Indian voters still live, new jobs are still the main priority, but voters’ next five issues involve agriculture, especially the availability of water, and loans and subsidies to help farmers to buy seeds, fertiliser and electricity.

An enormous survey among nearly 300,000 voters conducted by ADR (Association for Democratic Reforms), a non-government organisation which campaigns for election reforms, has found that Indian voters will opt for candidates who will bring in solutions for basic environmental needs rather than those addressing terrorism.

This trend has encouraged one current Lok Sabha candidate, environmentalist T. Arul Selvam, who says the culture of voting based on the performance of their candidate in battling environmental degradation will improve governance at the ground level.

“The ADR survey shows that there is a positive trend among voters who earlier considered religion and caste as important factors in casting their votes. The drinking water crisis remains unaddressed in scores of villages and urban areas across the country.

“Negligence in preserving water bodies is the origin of the water crisis in this nation. People were fed up with politicians who did not care enough to protect nature, which eventually added problems during calamities like floods and drought,’’ he said.

Arul Selvam recalled protests held by voluntary groups for more than 100 days in Tamil Nadu, a state in the southern part of India seeking the closure of nuclear power plants and the Sterlite copper smelter, the centre of recent controversy.

“These days people are ready to unite to save nature because their daily survival is becoming tough. People are forced to pay a heavy price for drinking water and food.

“Increasing medical bills for people living in industrial areas are a major cause of concern. These instances have brought a change in voting behaviour among the people’’.

Arul Selvam’s views were echoed when Climate News Network met families who had lost children who were fired on by police during the protest against the smelter in Tamil Nadu’s Thoothukudi district.

Thirteen protestors were killed by police in May 2018 when they sought the closure of the copper plant, accusing the owners of degrading land, air and water resources. Now the families say that their relatives and many in the villages in Thoothukudi, a port city, have decided to vote for a party that promises permanent closure of the plant and action against pollution that has affected them for over two decades.

“My daughter was shot in her throat. We fought against pollution caused by Sterlite. Now the plant has been closed down temporarily. We want to vote for a political party that will ensure permanent closure of this plant and save our town from pollution.

“My daughter has sacrificed her life to save future generations from pollution. She told me many died in our village due to cancer and also suffered severe asthma problems because of pollution. We won’t let go of her goal,’’ says Vanitha, mother of Snowlin, aged 19, who was killed during the shooting.

Some politicians welcome the new priorities of voters in these elections. J. Jayavardhan, India’s youngest member of parliament, elected by the South Chennai constituency, says he is happy to see the survey result with voters “going green.”

“It’s an emerging trend in India among people to go green in their lives and taking small steps for sustainable living. Though this seems to be a small number now, it will grow in a phased manner. Voters considering candidates based on environmental conservation show how pollution has affected their daily lives.

“I am campaigning for cloth bags and waste segregation at source and opened compost plants in my constituency. This has impacted residents here to cut down on usage of plastic bags and to use composting facilities in their neighbourhood.’’ − Climate News Network
—