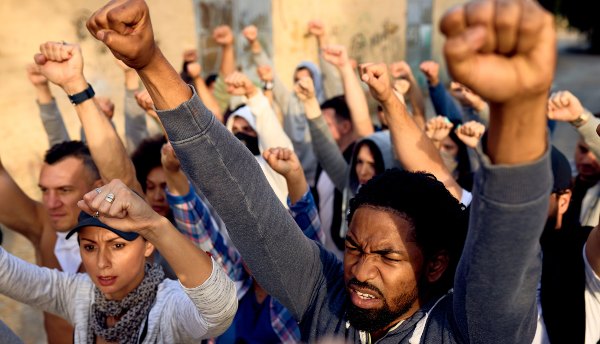 Anti- police brutality protests became commonplace in 2020. In addition to the outrage related to the murder of countless unarmed African Americans, a significant spotlight has been placed on the investigative process. Is it proper for a law enforcement agency to investigate itself? The lack of an outside investigation often leads observers to question whether a department can objectively investigate itself. This fact has become painfully obvious in the Daniel Prude and Breonna Taylor cases. In both cases, authorities swept the murders under the rug. In the Prude case, the police chief hampered the investigation by suppressing evidence. The police chief later retired and was fired. In the Taylor case, the protracted investigation by Kentucky authorities led to questionable findings, in which one officer was charged with discharging his weapon recklessly and exoneration the remaining officers. Taylor’s mother is currently calling for a special prosecutor in the case to review the evidence.

Like the Prude and Taylor cases, the investigation of Jacob’s Blake’s shooting is slow and prodding. Blake’s shooting occurred on August 23rd. More than two months have passed, and the state investigation is not complete. Wisconsin, however, is one of the few states where law enforcement agencies cannot investigate themselves. The Michael Bell law, enacted in 2014, mandates in cases involving officers who take a life that an outside investigator, not associated with the officer’s department, collect the data, and investigate the shooting.

The passage of the Bell law involved a ten-year fight to convince law enforcement and state legislators to implement it. The law named after Michael Bell, a 21-year old white teenager, murdered by police by Kenosha, Wisconsin in 2004 after returning home following an evening drinking with friends. Police justified the murder by claiming that Bell tried to disarm an officer. The investigation, which took 48 hours, concluded the officers did nothing wrong. Bell’s father, Michael Sr launched his own investigation in 2010. Bell’s fight led to a grassroots campaign to bring attention to self-investigation of police agencies. Bell used a 1.75 million settlement to put up billboards to draw attention to the issue. Eventually, Bell’s tactics softened resistance and led to the passage of the Michael Bell in law.

The Michael Bell law has been on the books since 2014. What does this law mean for the Jacob Blake case? Blake was shot by police seven times in the back in Kenosha, Wisconsin, a suburb of Milwaukee in August. Although he survived the shooting, Blake is paralyzed from the waist down. The case drew national attention and Blake’s father emerged as a tireless advocate for police reform and transparency in police investigations. The difference between the attention to the case at the outset and its current disposition is disturbing. Not only has Blake’s name receded from the national headlines, the case is still under investigation. The snail like pace nature of the investigation leaves families, relatives, and the general public in limbo as to culpability and closure about charges, indictments, etc. The lack of transparency from Wisconsin authorities leaves more unanswered than answered questions.

Uncorroborated reports that Blake had a knife at the scene coupled with the recent claim of United States Attorney William Barr that Blake “engaged in one felony and was in the commission of another” is confusing and discouraging. These claims seem designed to sow confusion about the legitimacy of Blake’s claims for justice rather than contribute to a correct rendition of what happened at the scene. Investigations are important. They must be objective, prompt, sensitive to the needs of the victim and the family, and transparent so that all parties can receive proper closure. We can only wait and see what happens in the Jacob Blake case. We hope our wait is not in vain and the investigation yields a correct and truthful depiction of what happened. We must be ever watchful and vigilant in the fight for justice.

UPDATE:  No Charges for Officers in Jacob Blake case