Get Daily Email
Join/Login CLOSE
Home / Featured Content / Is He Lying About Being Single? 6 Signs to Figure it Out 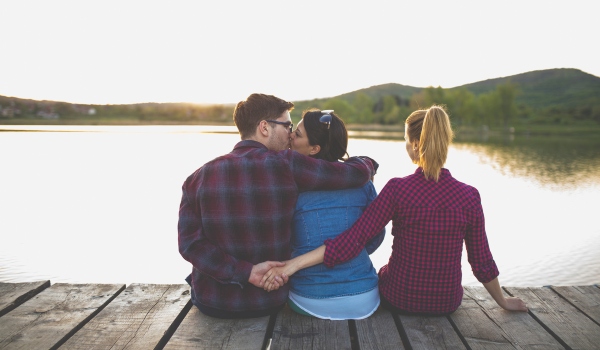 —
Does He Show Signs Signs He has Another Girlfriend?

Hello my wonderful readers! Gregg here, and we need to talk about an important subject… Is he lying about being single? Does he show signs he has another girlfriend? There is nothing that irritates me more than when a guy pretends he is single, when in reality, he is married or has a girlfriend. This is the first of two posts.

This post gives you the signs, and my next post will expose him if he shows the signs!

He doesn’t give you his cell number

Men don’t worry about safety when it comes to women. We don’t need to too, for the most part, we are bigger and tougher than you guys. The only reason we don’t give it up is because we don’t want the other woman to find out.

He is scheduling day time dates with you

You may think he is just a good guy, right? And maybe he is, but guys rarely schedule daytime dates – for one reason – sex doesn’t happen during the day!

I know, I’m being shallow and you don’t want to date a guy like this anyway, but guys think about sex all day long, even the good guys. It is in our DNA to schedule a date on Friday or Saturday night. Why?

We have a better chance of having sex with you! That said, I want you to schedule daytime dates, not him!

He never texts you after 7 pm

Ok, let’s say you got his cell number. Cool. But guys in relationships are scoundrels, many have multiple numbers. If you are getting texts during the day but they “dry up” when the sun goes down, guess what? He is with his wife or live-in girlfriend.

He makes excuses when asked about a weekend trip

I know this sounds crazy but, as many of you know, I am a Dear Abner for women and I get about 30 emails every day. I have had several women that have been duped, through no fault of their own, by married guys!

An overnight stay is almost impossible for a man who is in a relationship unless he travels all the time for work.

He gets interrupted when you are on a date

Yes, it could be his boss, but it could also be his girlfriend. If he gets up and walks away from you for privacy, this should raise some red flags. When I am on a date with a woman that I like, I am not taking calls that are not important. A wife or a girlfriend calling is very important.

Is He Lying about Being Single | He goes MIA

I saved the best (or worst) for last. You know the script, everything is going just dandy and SNAP – where did Mr. Beautiful Blue Eyes disappear too for three days? Does his excuse sound something like this?

I don’t know about you but when I lose my phone, I’m at the Verizon store in five minutes. And even when I’m really busy, it takes all of 15 seconds to fire off a text. “Didn’t get the message?” Ah, no.

Gregg, aren’t you being too cynical? Shouldn’t you give guys the benefit of the doubt? After all, he took me out for dinner and he is has been nothing but a gentlemen.

No! No! and NO! You are in the early screening process. Lose the rose colored glasses through which you are seeing his beautiful blue eyes and switch back to common sense. If you are feeling insecure in your relationship, you may not be the problem. There could be another woman in his life.

Is he lying about being single? If he shows the signs above then he is most likely in a relationship. Remember, you are a high value woman and high value women have other options, set boundaries, and make guys prove their worth through their actions.

This post was previously published on Whoholdsthecardsnow.com and is republished here with permission from the author.