Get Daily Email
Join/Login CLOSE
Home / Featured Content / It Feels So Good When You Quit Hitting Me! 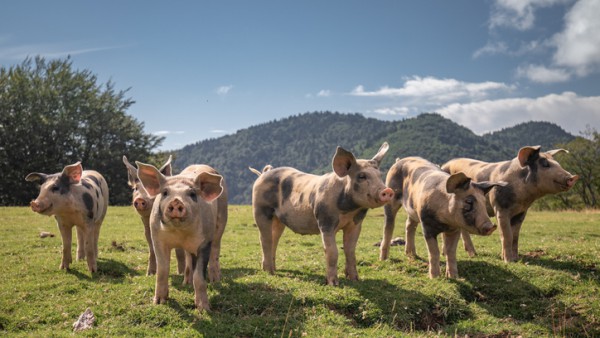 Malcolm X had a riff in his civil rights equivalent of a stump speech that is invading my head like a non-musical ear worm as I read the news about a peace, an armistice, a something-or-other interrupting the trade war between this country and China.

I was a youngster at the time and was reading about Mr. X rather than hearing him, and I did not know that a “stump speech” was the shorthand repeat that candidates do of their ideas, or that somebody not a candidate might have one. I call him “Mr. X” meaning respect rather than disrespect, because it would be inappropriate for me to call him “Malcolm” even if I accounted for how my attitude toward him changed as he changed.

He would be assassinated before I got out of the military, but at the time I was reading about him he was still in the mode of denouncing incrementalism. I admired MLK and I admired the Constitution and at the time I had little patience for opinions that appeared contemptuous of either.

The context, if I can recall after almost 60 years, was the controversy over civil rights legislation that the Democrats had been trying to pass since 1948. Chances for passage were looking up in the early sixties, and Mr. X was saying that white politicians were getting too much credit and black politicians were engaging in unseemly expressions of gratitude.

Why do I keep remembering that?

President Trump has just made some kind of partial and/or interim deal that will at least temporarily — probably until after the 2020 election — withdraw the knife he shoved into the gut of American farmers.

The news report on the deal was vague about how close it was to a final resolution of the issues between the U.S. and China or between Mr. Trump and Mr. Xi (depending on your point of view) but it did appear that U.S. farmers would be able to unload some of the soybeans for which they had no market after the trade war began and China will be able to deal with its pork shortage.

One report read that the African swine flu has “decimated one third of China’s pork supply.” I presumed that the report meant one tenth, but upon seeing the reports that the actual amount of loss was two fifths of the pork supply, I had to get my head around an incorrect understanding of “decimated” becoming so common it is now considered correct.

However the amount is described, a pork shortage in China is very good news for Iowa farmers, at least it is now that they will once more be allowed to sell to China unburdened by retaliatory tariffs or Chinese policy. The reopening of the Chinese market for U.S. agricultural products — even if temporary — is also great news for Iowa’s Republican Senator Joni Ernst, who appeared a lot more vulnerable when her constituents were going broke over Mr. Trump’s trade war.

Ernst has a Democratic opponent, Theresa Greenfield, who raised more money last quarter than the incumbent — never a good sign. Ernst is also among the majority of Republican senators who purport to be unable to say whether it’s “appropriate” for a U.S. politician to solicit campaign help from a foreign government.

Among many oddities in the Republican silence is — even leaving aside the repugnance of foreign interference in U.S. elections going back to the birth of the republic — that there is no question the conduct is unlawful.

While Richard Nixon’s GOP presidency is substantially newer than “the birth of the republic,” we geezers remember that from Nixon to the present day, the Republican Party styled itself the party of “law and order.” Now we have a campaign tactic that everyone agrees is illegal and most Republican senators cannot say it’s “inappropriate.”

Nixon was also an early and enthusiastic adopter of red-baiting as a campaign tactic, beginning with his very first run for a House seat in 1946. The GOP also became the party that hated the Soviet Union, which most voters equated to hating Russians.

Now we have a Republican president who lost the popular vote but squeaked by in the Electoral College, a result highly unlikely without the aid of the Russians. Since his election, Mr. Trump has moved every U.S. policy he could control to favor Russia’s national interests.

Getting back to Mr. Trump’s trade war, several publications have claimed that Trump promised President Xi that he would remain silent about the democracy protests in Hong Kong. While the White House has denied making the promise, the closest a reporter has gotten to a Trumpian comment on Hong Kong was the opinion that the contretemps “will take care of itself.”

Like the democracy protests in Tiananmen Square did, I presume?

Whether selling out Hong Kong was part of the deal will come out eventually. That might be the case, because the Hong Kong Chinese, like the Syrian Kurds, did not send ships to support the U.S. invasion of Fortress Europe on June 6, 1944.

For now, Mr. Trump has removed the pedal from the metal on the trade war with China that was working to the detriment of U.S. farmers. The question becomes the same one as in Malcolm X’s metaphor. Mr. Trump is about to rescue the farmers, but it was Mr. Trump who put them in jeopardy in the first place. How grateful will they be?