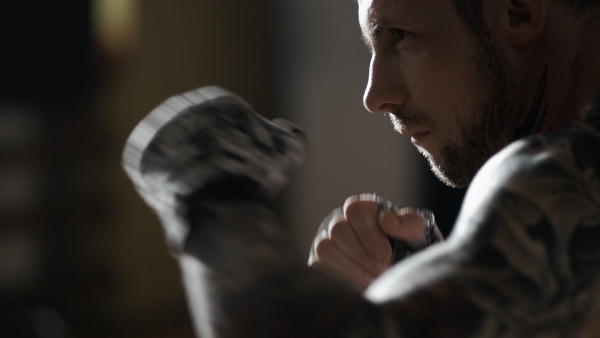 Forty-two years ago the New York Jets won the Super Bowl. I was just a little kid then. I barely remember it. All I remember about it was my Dad watching it and Joe Namath celebrating — and that’s about it.

The thing about being seven years old is that we all have what I call “Young Alzheimer’s.” We tend to forget what happened even the day before, and it’s hard to bring back those memories unless you see pictures or videos of yourself.

It’s time for the New York Jets to take it to the next level. Forty-two years since the last Super Bowl victory. That’s a long time.

Last year they made it to the Championship Game, and they were happy just to be there. They were 9-7, and they only made it to that game due to catching a couple of lucky breaks at the end of the season.

This year, however, they dominated. They were 9-2, then they struggled in a few games, and ended up finishing 11-5.

This year, they made it to the playoffs and they beat Peyton Manning. As Rex Ryan said, ‘This time it was personal.’ They beat the Colts and it felt great.

The Jets could have quit there. They could have said, “At least this year we beat Peyton Manning.” They didn’t have that attitude. Instead they were thinking, “Up next is the juggernaut called the Patriots.” Up next they were facing the 14-2 Patriots who embarrassed them earlier in the season in a 45-3 blowout and then taunted them to try and make them feel worthless.

What happened when they played the Patriots in the playoffs? The Jets dominated them. They could have quit there and thought, “Well we dominated the Colts and the Patriots. We don’t need to beat the Steelers.” But they do . . . and so do you.

you can’t be satisfied anymore with just being “good enough” or just being “okay.” There comes a time when you’ve got to deliver, and you have to believe and take your game to the next level in order to do it.

It’s just a game. It’s just football. It means nothing in the long run. I’m not playing or coaching — I’m just a fan. In the long run, however, what is important is how you take YOUR game to the next level.

Aren’t you just sick and tired of just being ‘in the game’ and being “just okay?” Don’t you want to dominate the game, own the game and become the powerful person you always wanted to become?

As of right now I would make you all underdogs in the dating game — not by much, maybe a touchdown. I truly believe, though, that each and every one of you can start dominating in the field of dating.

Stop just showing up, and start to dominate the field of play. The only way you are going to do that is to believe in yourself.

In the NFL you have a team behind you. You have the coach (even though the coach might have a foot fetish — sorry I had to throw that in there), and you have another player who has your back all the time. That is part of what makes NFL football such a great sport.

Connect with that team. Connect with me. We’re here to support you every step of the way.

For those of you who have thought about getting some coaching or about coming to a Bootcamp, it’s time you came and joined the team so that you have some people to support you. You don’t need to do this alone. You can do this with the help of others.

So, I want to say “Go Jets!” this weekend. I predict that the Jets are going to win that game 23-14. I actually think they are going to not just win, but dominate, in that game because they believe in themselves.

You guys always ask me if the direct approach works.

Check out Joe Namath using the direct approach with women.

Previously published on davidwygant.com and is republished here under permission.