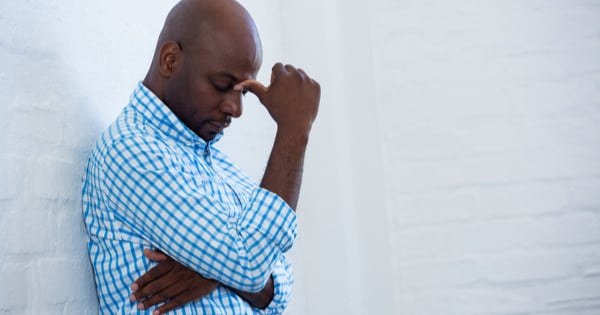 What happens if you just let go and lean into your fears?

This is the question that was posed to me by a good friend of mine some time ago. Leaning into your fears is basically doing something that scares the hell out of you. Examples of this would be moving to state another state where you know not a soul, changing your career, or even traveling off to far distant land. We all come to a point in life where we are looking for what’s next. The pursuit of happiness requires sacrifice and rolling the dice, tackling our fears.

One of my dreams growing up was to attend a good university and run cross country for the team. Being born and raised in New York, I wanted to attend a school where I could also be around different people then I was accustomed to. My grades flat out stunk and I ended up getting kicked off cross country team my senior year.

My high school felt like a jungle and survival prevented me from really buckling down in school. The only thing that saved me was that I had scored well enough on the SAT to actually get accepted to into a school.

The university was a Historical Black College in Midwest. I had no family there. I thought I could at least walk on the cross country team. It was a dream of mine to not only attend HBCU but to be a cross country star. I had it all figured out, or so I thought.

When it came to calculating the expenses to go to college on out-state tuition, I became nervous. The thought of student loans and being in debt to government for next twenty years crept into my mind. My parents didn’t have college funds for myself or my siblings and if any of us wanted to go to school we had to figure it out and do it on our own.

What really made me give up on idea of attending this college was the fact I would be completely on my own. All holidays and breaks I would spend away from home because my family had no money to fly me back. I would have to make all new friends and build a totally different life for myself.

I gave up on college for a few years because I let fear cripple me. When I decide to lean into my fears, I ended up going to a university more than 3,000 miles away from home. I never ran cross country again, however, I graduated from a respectable school, gained valuable life experience and made lifelong friends.

When I talk to young men, I tell them you won’t be able to accomplish your goals and dreams when crippled with fear. I see so many young men with the same fear and insecurities that I had. Sometimes self-doubt is about feelings that have been projected by others. I spoke to one young brother who wants to start a business, his own clothing store. Then he gave me every excuse why he was doesn’t believe that his business would flourish.

Failing to lean into your fears could cost you a lifetime of bitterness. While you may be blessed to still have a good, decent life, you could also spend your remaining years angry, resentful or blaming others for your failure. Bitterness also turns into jealously and envy towards others who are actually pursuing their dreams. I see bitterness as what the great poet Langston Hughes referenced in his poem as a “Dream Deferred”.

How many times have you talked to older people and they say, man, I wish I would have? They didn’t take a chance, so they never learned to swim. They gave in their fears, so they never applied to their dream job because it was in another city far from their comfort zone.

As you probably have heard a hundred of times before it’s never too late to pursue your dreams but it’s best to not wait around either because life is not guaranteed. I was lucky to be blessed to pursue some of my goals at later age. I didn’t truly start pursuing my passion in writing and film production until I reached my 30s. I have lost friends who have passed away before age of 21, 25, 30 etc. Each of these young men full of life, they were gifted, smarter and more talented then me.

If you lean into your fears, you will have to overcome a series of obstacles to achieve your goal. None of the obstacles will be easy and you will have to be mentally tough to deal with the self-doubt from within. You will often have to hear doubt from those who want to see you fail; often times they will be those who are close to you.

Just think though–years from now would you rather say you embraced the challenge or sit back and say I wonder what would’ve happened what would my life be like now if I leaned into my fears?

I'm a writer and independent filmmaker from New York City. Giving back to community and empowering youth is my passion. Veteran and World Traveler as well.