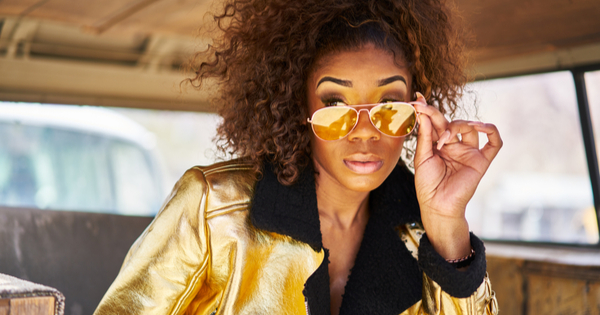 I’m continually grateful I’m not a child in the age of Instagram, followers and likes. The 80s, when I was growing up, were a different time. If it were possible then, the eleven-year-old me would’ve definitely been victim to viral videos and retweets. And anxiety over acceptance would surely have gotten the best of me, alongside numerous questionable fashion choices.

Instead, the awkwardness of my youth exists primarily in photo albums tucked away at my parents’ house. It’s not out of shame for my younger self, but a sigh of relief that it didn’t play out publicly—cellphones filming, Twitter on fire.

Of course, kids then were still spreading stories. It’s just that we ran home to share the news via a telephone attached to the wall, talking until our parents said, “That’s enough phone for tonight.” News traveled slower, but it still felt like the world was watching and commenting.

In reality, my viewers consisted solely of kids assembled on the playground—to watch the bully threaten to beat me up. Again.

The 5th-grade me wasn’t particularly tall, strong or outspoken. I was bookish, a little chubby and into “the performing arts.” A victim to the slings and arrows of other eleven-year-old boys beginning to comprehend themselves as Masters of the Universe.

Maybe it was that they wanted to be Kevin Bacon in Footloose, and I was more fascinated with Darryl Hannah in Splash. Or that “Jump,” by Van Halen, was the macho-dude song, while Deniece Williams’ “Let’s Hear it For the Boy” resonated more deeply with me. Whatever it was that radiated from me as ‘different,’ other kids always felt it within their right to attack.

I remember with clarity every voice that ever screamed those words. Always at maximum volume.

“I saw you looking at me.” Always delivered with a stereotypical snap designed to look queenie but reading more like a spastic Zorro.

And, a false argument, because I went out of my way to not look at anyone—especially in the locker room, desperate to suppress any sudden bodily arousal, which at eleven years old you don’t yet know how to maintain.

Straight people aren’t actively conscious of their burgeoning sexuality, because it’s a thing that’s simply allowed to happen unchallenged. It’s a privilege card that allows them to never second-guess the public displays of their affection or expression.

But when you’re gay, it plays out in real time. You’re conscious of it because it has weight and expands daily. You second guess because of the intentional lengths to which people go to make their displeasure visible.

My efforts made no difference. A fist would reliably come at me. In a generation of Wrestle Mania-watching boys, these fights typically involved body blows and kicks; my stomach, back and shoulders bearing the brunt of the pain.

Never would I take my tear-stained face to adults for comfort, because that would require disclosing the reason for the fight—and acknowledging my accusers were right.

I was gay, in a time kids couldn’t talk about those things. I didn’t have value in society.

On top of that, I wasn’t a violent person. So I regularly retreated and ended up the bruised loser without belief that I could ever win.

Today, I still wouldn’t say I’m violent … but I’ve grown. I’ve matured. And if push comes to shove, I can stand tall, head held high and state proudly, “My name is Robb Leigh Davis, and I will cut a bitch.”

Flash forward—New York City, the late 90s. I was in my twenties, living my best life, while Hanson was Mmm-Bopping, Lauryn was Doo-Wopping and Biggie was Hypnotizing. My nights were filled running the streets with my first group of adult friends; that post-college crowd who know you separate from your past.

We were like Charlie’s Angels—except there were four of us … and we were all Farrah Fawcett. It was when I began to regularly refer to boys as girls, and there was a liberating freedom in that wordplay—because those three boys were definitely “my girls.”

We worked nights in smoke-filled bars and restaurants and our shenanigans would typically begin close to midnight—spent in Chelsea and the East Village, neighborhoods that still had rough edges, and a Christopher Street Pier not for the easily offended.

We four would stumble from bar to bar, admiring beautiful boys along the way, and everywhere that Mary went a fearless drag queen was sure to be found.

My favorite was Mona Foot—Black, badass, shady and known to do a 70s soul routine.

With her raunchy acts, bulging biceps, razor-sharp wit and eye shadow for days, she represented a freedom I had yet to realize existed. The kind where a Black guy wearing blue lipstick in a cute dress with a clutch purse was the butchest person in the room.

Her stage performances were mesmerizing—high kicks to make the Rockettes envious, and a metal bucket meant for tips hurled your way if you tried to start some shit.

From her I learned that a perfectly delivered turn of phrase had the same effect as a knife slit to the throat, and that a stiletto could be used to gouge an eye out if somebody got out of line.

“You’re so brave,” I said to her once. “I could never stab somebody with my shoe.”

She looked at me and said, “Trust me bitch. The day will come.”

If Mona taught me nothing else, it was resilience. The recognition that you’re stronger than you think, and perfectly within your right to strike a warrior pose and throw down if need be. If I could summon an ounce of the power I believed her to have, I knew I’d be alright.

One lazy summer afternoon, my then boyfriend and I stopped for fast food before heading to the movies in Chelsea—at the time the gayest place in all five boroughs. We settled into a corner booth to eat—a young couple in love and carefree—and leaned in for a kiss. Unscripted. Spontaneous. And then I heard a man’s voice.

“Get the f-ck out of here with that shit.”

I looked around, unsure where it came from.

“You’re disgusting,” the voice then said.

My boyfriend shifted in his seat. Then I saw the man. Two tables behind us. A few years older than me. Same build. Sitting with his wife and six- or seven-year-old son.

“Yeah you faggot. We don’t want to see that shit.”

My boyfriend grabbed my hand and suggested we leave. But in that moment, an energy flooded into me. A spirit. All the ME’s that had ever been bullied joined hands in a “Come to Jesus” moment, and whispered in my ear—Remember who you are. Remember your name. You are Robb Leigh Davis, of the House of Bitch Cutting.

I stood up, removed my earring and got into full-on warrior pose. My heart was racing. I looked him dead in his eyes and said, “F-ck you.”

Then all hell broke loose. Side dishes flew everywhere. Macaroni and cheese in this corner, potato salad over there. Bits of white rice and brown gravy scattered across the floor. The guy’s wife cheering him on. His kid looked genuinely frightened, and for a moment I felt sad that he was about to witness his daddy getting his ass kicked.

My boyfriend did his best to stand between us but this was a battle to the death, and the man and I were determined to leave a devastating mark on each other. RuPaul’s Drag Race didn’t exist yet, and ‘lip synching for your life’ wasn’t a thing, but it was that level of combat. If I knew how to do a split I would have.

The manager came running and finally separated us. To my shock, he surveyed the situation and apologized—to us. I don’t know if he was gay, had dealt with this guy before, or it was the end of his shift and he just wanted to go home. But he made them leave.

The rarity of that gesture at that moment in time wasn’t lost on me. Someone had defended my sexuality.

We sat and finished eating—my boyfriend trying to decipher who this person was sitting across from him, while an old lady who had been busy de-boning a chicken leg gave me a thumbs up. It was only then I realized the whole room had been watching.

It was a moment I’d have been proud to go viral.

Eventually we left. I didn’t know if the bully would be waiting, but a Black drag queen had taught me well and I was ready regardless. When we walked out, he was nowhere to be found. I heard my boyfriend’s sigh of relief.

And on that afternoon, sunset approaching, I stepped into the night air beaming with a renewed sense of pride. Memories of the eleven-year-old me flooded my mind and I felt stronger than I’d ever imagined.

Never in a million years would he have pictured this moment, but I know now he had my back the whole time.

END_OF_DOCUMENT_TOKEN_TO_BE_REPLACED

Facebook68Tweet1PinEmailShares69
wpDiscuz
Share this ArticleLike this article? Email it to a friend!
Email sent!