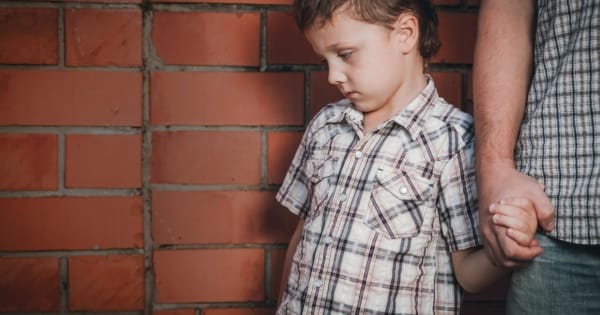 —
How a boy sees himself begins with his body. As he absorbs cultural perspectives on his male body, the way he dresses, eats, exercises, plays, sleeps, and cares for himself shifts, often in a direction that can threaten his well-being. The more completely a boy subscribes to masculine norms, the less care he takes with his own body, engaging in dangerous activities such as using harmful substances, driving recklessly, and engaging in high-risk sex.

Masculinity trains boys to think of their bodies as merely instruments or tools—a means to an end. In the world of boys, rough play, war games, and unbridled competition enforce the narrative that the male body is far more important than the person inside that body. Once they begin to treat themselves in this instrumental way, boys are also less able to feel empathy for other’s pain and suffering. It becomes easier for them to inflict pain.

Both as a man and as a father of two athletic sons, I understand the thrill and also the value of team sports. In both roles, I sometimes went too far myself. But the point is not to protect our sons from all risk. Parents should never take away their sons’ opportunities to solve their own problems and figure their own way forward. The goal is to encourage boys to practice self-regulation so that they learn to balance the thrill and commitment to the team with his own well-being and the well-being of others.

Playing sports taps a deeply pleasurable nerve. Players discover new skills and develop new capacities, often to the cheers of coaches, teammates, and fans. Sport affords boys a delightful contrast to the pressures of school, work and social life and gives play to deep, instinctual drives. Sports sociologist David Whitson writes, “The experience of force and skill coming together, however briefly, in the long home run, the perfectly hit golf shot, the crosscourt back-hand, or ‘flow’ in a cross-country run, is a great part of what makes the sport so popular.”

As engaging as games of sport can be, however, they were invented to toughen boys up. Messages to “play through the pain” and “sacrifice for the team” are embedded in sports training. A player’s willingness to “suck it up” is regarded as a measure of his commitment and worth. A culture of denial hides the real costs of playing through injuries. Teaching boys to repress vulnerable feelings, reduce success to winning, inflict injury on others as a legitimate part of the game, stoically endure their own injuries, and generally endeavor to dominate opponents are some of the messages by which sports instills the norms of traditional masculinity, according to sports sociologist Don Sabo.

How can we help boys take care of themselves when the sacrifice of their bodies is extolled and valorized?

Helping boys distinguish between the positive and negative aspects of sports can provide leverage against the excesses of the masculine code. It is likely that boys who have disconnected from their bodies—who numb themselves to pain, push past limits or play through injury—take for granted that they must perform this way. For too many, self-sacrifice is confused for courage.

It can be a challenge for parents to support their sons to stand against masculine norms, The fear of making boys “soft” has a way of lurking in the back of our minds. But new perspectives on skill development, endurance training, and the exercise of bravery should embolden parents. As coach Joe Ehrmann reports, boys with access to their feelings are better able to relax into the “zone” and perform at their peak. At their best, teams become a “band of brothers” which values each member as integral to the group, looks out for each other and leaves no one behind.

Old school masculine training trades on the premise that optimal performance comes from dominating pain and physical limits. Coaches Ehrmann or Sabo, on the other hand, place the character-building purpose of sports at the center. They remind boys to value themselves and to love each other. Such messages help boys trust their instincts about physical limits. Rewarding boys when they take care of themselves, rather than exhorting them to try harder, build self-regulation.

To teach our sons values like integrity, courage or perseverance, we must be clear ourselves that their bodies represent who they are at the most basic level. Treating themselves with respect—staying connected to what they feel and being thrilled by what they can do—is the way to practice integrity. Encountering limitations of skill and endurance can teach boys a growth mindset – but only when they recognize and feel their limits. A boy learns to coax the best from himself as he accepts and then steadily extends his limits. Life, he discovers, is less about conquering his body and suppressing weakness than about cultivating new capacities.

For parents, there’s a straightforward guideline when a boy is in pain: never brush his complaints aside or allow him to minimize the discomfort. Instead, parents should show interest and express concern, regardless of whether the injury is apparent or not. When they first begin to do this with their sons, parents should not be surprised if he becomes uncomfortable. He may even feel ashamed for needing their attention, imagining he is weak or that his toughness is somehow diminished. But being sorry that he is hurting, asking him to talk about it, and being patient no matter what he says, helps him to consider how he really feels and reinforces the essential message that he need not suffer silently on his own.

Boys who are vigorous, thriving and fully alive—in mind, body, and spirit—are our best bet for becoming good men.
—

Read an excerpt of Dr. Michael Reichert’s book, How To Raise a Boy, here on GMP.

‘The Power of Connection To Build Strong Men’

An Interview with Michael Reichert, author of “How To Raise a Boy”

Michael C. Reichert, Ph.D., is founding director of the Center for the Study of Boys' and Girls' Lives at the University of Pennsylvania, and a clinical practitioner specializing in boys and men who has conducted extensive research globally.

His new book, How to Raise a Boy, draws on his decades of research to challenge age-old conventions about how boys become men. Get your copy online here or at your local bookstore.

Facebook481TweetPin3EmailShares484
wpDiscuz
0
0
Would love your thoughts, please comment.x
()
x
| Reply
Share this ArticleLike this article? Email it to a friend!
Email sent!