It was Dr. Martin Luther King, Jr. who once said “Lightning makes no sound until it strikes.”

And if there’s one word that could accurately describe spoken word artist, author and humanitarian J.Ivy, “striking” would be the first that comes to my mind.

His intensity about helping others to heal. Striking.

His credentials include being a feature on Grammy-winning artist Kanye West’s debut LP The College Dropout on the song “Never Let Me Down” ft. Jay Z.

Hip-hop artist and actor Common says “I can always feel a spark when I come across his work.”

Grammy-winning artist John Legend calls him “a brilliant man with an incredible voice.”

Award-winning author Deepak Chopra says that he is making “an impactful contribution to humanity.”

You’d honestly need to check out this GRAMMY-nominated and NAACP-award winning artist’s book Dear Father: Breaking the Cycle of Pain in order to grasp the magnitude of his passion. But for now? The cliff notes.

J.Ivy was born on the South Side of Chicago to a DJ (dad) and a nurse (mom). His early childhood contained fond memories of both of his parents. “Going to the park, flying kites, making model cars…seeing both of his parents cook” are some of the joys that come to his mind.

However, as he approached 12, things began to change.

As the middle child of three brothers, J.Ivy experienced what so many children do. Around this time, his parents divorced. And yes, as with most separations, the reasons were complex. The lifestyle that comes with the entertainment industry certainly didn’t help. Soon, J.Ivy’s dad was caught up in a cycle of drugs and alcohol—and also an emotional roller coaster ride of depression when his dreams were not actualized in the way that he had hoped. And planned.

Determined to create a better vision for her children, J.Ivy’s mom removed her children to the suburbs of Chicago and worked three jobs to make ends meet.

“It was a bit of a culture shock at first,” recalls J.Ivy. “But looking back, high school gave me some of the best times of my life.”

As J.Ivy goes on to share, it soon becomes evident that this hip-hop baby who grew up listening to legends like Chuck D., NWA, Gangstarr, Run DMC and Tribe Called Quest, was on the brink of discovering his own life’s purpose. One that was very similar to what he loved listening to.

Call it “odd irony”, but it was a teacher by the name of Ms. Argue (yes, Argue) who first tapped into J.Ivy’s poetry gift. He was given a poetry assignment. He wrote about clouds. He received an A.

“From there, a seed was planted in me,” J.Ivy shares. “Then I recited a poem in front of the entire school. I was so nervous that it wasn’t until a friend of mine said ‘Hey, you got a standing ovation!’ that I even noticed the people standing up around me. It moved me. It was like my first confirmation that I might be on to something.”

J.Ivy’s mom was there to encourage the creativity that was blooming within every step of the way. “My first publisher” is how J.Ivy describes her when she asked him to pen a poem for her newsletter. He was close to 16 at the time. And even though he participated in sports (including football, track and basketball), this self-described “shy young man” he found inspiration—and solace—in the written word. The written word that he created.

The poetry kept coming. But after graduating from high school and spending some time in college, J.Ivy experienced something similar to what his father had. Not earning his degree sent J.Ivy into his own cloud of depression. During this time, he tried to figure out how to reconcile his passion, his past and his pain.

After about 10 years of only receiving “Happy Birthday” phone calls, a few empty promises and a warning to not end up murdered like a brother two years his senior that he never knew about (from a woman other than his mother) from his father, they spoke. Face to face. It was layered and complicated. Understandably so. His father told him that he loved him and that he didn’t want him to go down his unknown brother’s path. They sat together and watched a sport they both loved: football. J.Ivy was 23 by that time.

“I think the thing that stood out to me the most about that day was him telling me that he still loved my mother,” says J.Ivy. “It brought some relief. It made me feel that I was conceived in love. I found some peace in that.”

Life has a way of making sure dots connect so that we can get a bigger picture. J.Ivy saw his father once more. This time his dad was lying in a hospital bed. It wasn’t too long after that precious moment in time that J.Ivy’s father died suddenly of a heart attack. He was 60. J.Ivy didn’t get to say good-bye.

But when he looks in the mirror and sees his father’s nose, skin tone and height; when he stands on stage and hears his father’s voice echoing back at him; when he hears stories about his father’s boundless creativity, his love for the saxophone, the extra roles he had on sets like Hill Street Blues and his reputation for being known as “preacher” among some of his friends, J.Ivy knows that forgiveness is necessary. For his sake, the sake of his own future and the enormous platform that’s been birthed from his own personal experiences.

“When you get older, you realize that things are not always black-and-white,” explains J.Ivy. “As I learned more about my father, including the fact that his own mom passed when she was young and he was abandoned by his dad, it doesn’t justify not being in our lives, but it explains some things. And when you can understand ‘the why’, it helps you to heal.”

Healing is indeed a process and J.Ivy credits several things to his own journey.

The choice to heal.

The intentionality in speaking about his past.

The use of his phenomenal spoken word gift.

As his life partner, business administrator and an artist in her own right, J.Ivy describes Tarrey as being “his psychiatrist”, “the one who never judged him”, “the safe place to bounce ideas” and “a highly-intuitive person who is loving and compassionate.”

A beautiful story all on its own, Tarrey has known J.Ivy since they both were in their early 20s. She’s quick to praise his mother for always instilling hope into her sons, no matter how dire the circumstances may have been at times.

“J.Ivy has always been a positive person. He’s intense, but in some of the best ways possible. I love that about him. He is empowering so many people and will be a wonderful father someday.”

A beautiful compliment for a man who may not have had the best role model, but is literally influencing thousands of people thanks to his personal message of acknowledging the past, reclaiming the present and designing one’s own future.

“Forgiveness to me means putting in the effort to gain an understanding, to choose not to take in the negative emotions associated with your experiences and to not allow negativity to guide you. Forgiveness is about learning and letting go.”

And that’s what J.Ivy’s one million letter-writing campaign is all about. Inviting others to share their own stories in hopes of them also finding healing. Perhaps even more than that, how their pain can play a significant role in their own purpose.

“I love what growth can do,” shares J.Ivy. “Forgiveness helps you to eliminate pain, to stop focusing on your weaknesses and instead feed into your strengths so that you can treat yourself and others better. For me, it started with a poem. For others, hopefully a letter.”

Millions and millions of letters.

Be part of “one million letters written, one million hearts healed.” Do you have something you need to say to your father? A father who was not in your life, or the one who was?

LEARN MORE AND SUBMIT YOUR LETTER

Shellie has penned two books (thus far): Inside of Me: Lessons of Love, Life and Redemption and Pure Heart: A Woman's Guide to Sexual Integrity. She has a blog for single Christian women who desire to marry awesome men (OnFireFastMovement.Blogspot.com) and although she's single (and abstinent---almost eight years now), she's in a good space. Doing what she loves keeps her happy and focused. (No, really!) 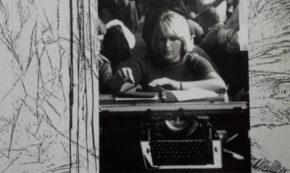 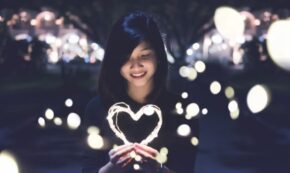 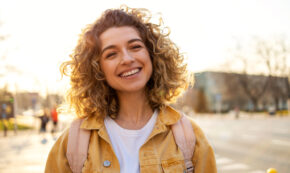 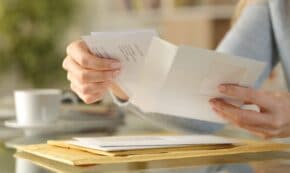 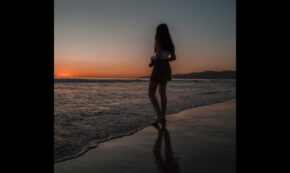 FacebookTweetPinEmailShares60
wpDiscuz
0
0
Would love your thoughts, please comment.x
()
x
| Reply
Share this ArticleLike this article? Email it to a friend!
Email sent!