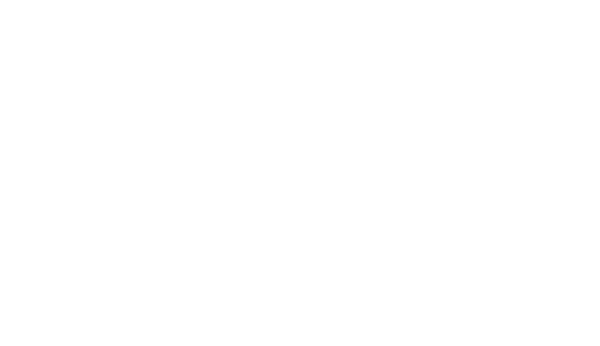 Sound is an integral part of many people’s daily life, and the architectural spaces that surround us shape and impact the quality of urban sound. Street performers, such as buskers, contribute to the city soundscape, and while in the past they may have been treated as a nuisance, now they are more readily accepted as contributing to the vitality of cities. Barcelona’s Ciutat Vella, a historic part of the city, provides an example of a specific and intense form of publicly experienced sights, sounds, and interactions. Dr Josep Llorca-Bofí is an architect and researcher at the Institute of Technical Acoustics, RWTH Aachen University, and he is researching the interaction of architecture and sound.

The Ciutat Vella has many architectural landmarks and public spaces. Since the 1980s the district in Barcelona has excelled in its pedestrian-focused policy and the quality of the street experience. This success has led to the ‘Barcelona Model’ being a benchmark for worldwide urban regeneration. Recently, the city council has sought to preserve the area’s identity, and policies to manage and control busking have been instigated. The site offers a rich source for improved understandings of how public spaces can be regulated and renovated. Dr Llorca-Bofí, architect and researcher at the Institute of Technical Acoustics, RWTH Aachen University in Germany, has been researching the role of architecture and acoustics in these spaces. His work offers insights on the conflicts and opportunities relating to street musicians, and the potential for optimising acoustics in the city space.

Buskers in the Ciutat Vella may favour certain sites, as they are visible to people while being outside the main pedestrian flow where they could cause an obstruction. Yet research has been lacking that defines the impact music has on perceptions of space and place. Better definitions would provide knowledge of how pedestrian flow and acoustics impact street performers, helping to inform public administrators and musicians on suitable sites for busking. Space syntax is one way to understand the built environment and the diverse social occurrences and interactions within it, ranging from poverty or crime to culture and art. For example, the concept of ‘natural movement’ looks at the interaction between space and people’s behaviour within it, due to their movement patterns being shaped by the urban grid. This natural movement theory helps determine if designated sites for busking are suitable and can inform the identification of future locations that are connected to the main flows of pedestrians.

Plaça del Rei is an intimate open space in the old city of Barcelona. Its soundscape is normally shaped by street musicians. This 3D model is combined with real acoustic measurements used for simulation studies. The user can see, listen and walk in every direction of the virtual space in an immersive laboratory.

Issues related to space syntax and urban acoustics such as noise pollution have been researched previously, but no studies so far have been conducted on the influence of urban configurations on the daily activity of street music performance. Dr Llorca-Bofí and colleagues conducted a general analysis of natural pedestrian movement in Barcelona and of four public spaces in Ciutat Vella. The analysis looked at the potential for the forming of groups and interactions as people flow through the area. The acoustic features were measured for each site and were then combined with spatial analyses to understand the correlations and frictions between the spatial and acoustic values. In car-oriented areas of the city, pedestrians are forced onto narrow sidewalks, while other areas have the potential to provide suitable spots for performers. Generally, street performers favour sites where they can set up stage close to the main flow of people while avoiding conflicts due to narrow passages and streets. The findings can help in planning for a successful street performance culture through identifying natural movement and how this interacts with the spatial layout of the area. 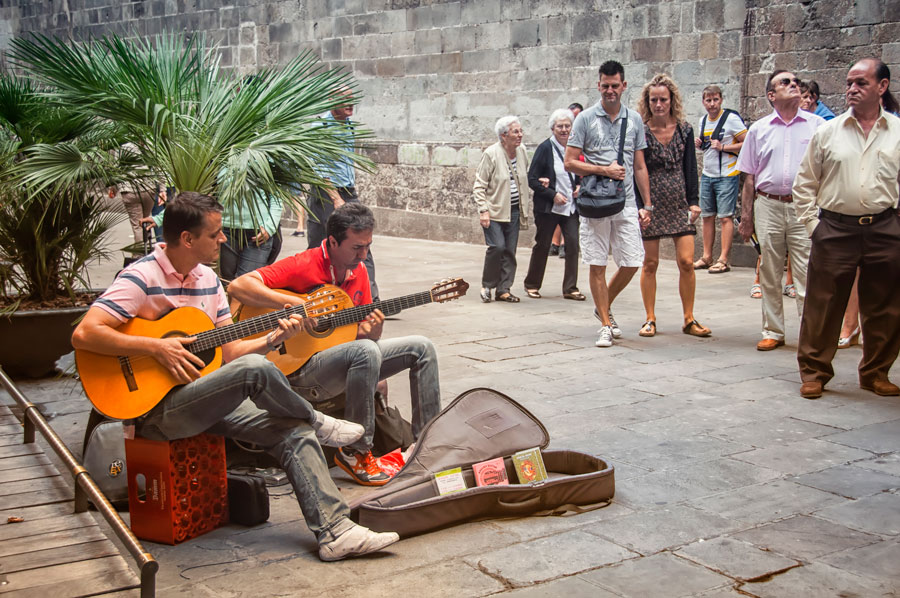 The four sites were also studied acoustically for their reverberation time, which can add an attractive fullness to the sound quality. A correlation of the spatial and acoustic features indicates optimum positioning for performers; however, the four areas in Ciutat Vella are regarded as ‘open music halls’ where sound quality can be impaired by the through flow of people. The study categorises performance space into two types: one for spontaneous performance that relies upon a high level of through-movement, the second suited to organised events that can host a larger audience. This method of analysing spatial configuration and acoustics in compact urban spaces helps identify possible new spaces for street performance.

The research helps in planning for a successful street performance culture through identifying natural flows of movement.

In order to measure and therefore understand how acoustics work in different auditoriums and spaces, Dr Llorca-Bofí and colleagues have developed a method using photogrammetry, a technique that creates 3D models of performance spaces like concert halls through building up a series of images that represent the hall. A series of between 400 and 800 overlapping photographs are added to software to build a basic model that closely matches the physical environment it represents. Issues remain due to the technicalities and geometries of successfully imaging some details, for example spotlights and balcony areas. Although these technicalities are challenging, the models offer improved accuracy; reliance on architectural drawings of a room can be misleading due to inaccuracies. 3D modelling can be useful for acoustic and visual simulations, and the technique is a user-friendly method for obtaining spatial information of a hall. 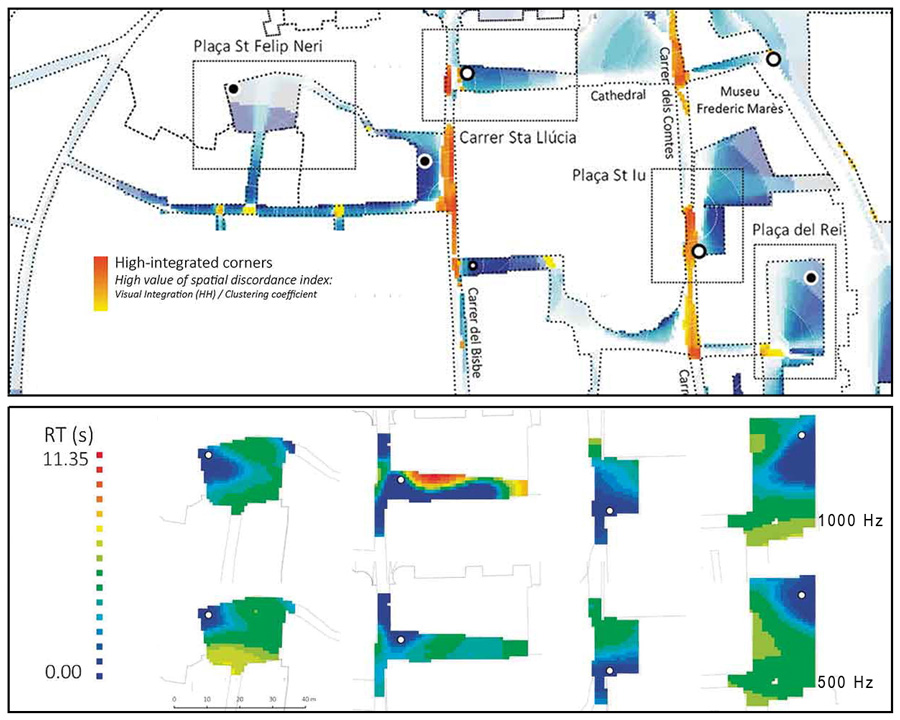 These four public spaces from the urban network in Barcelona present interesting soundscapes. The time of the sound decay (Reverberation Time, in seconds) was measured in those places in order to study the acoustics of them. https://www.tandfonline.com/doi/full/10.1080/13574809.2019.1699398

Those simulations play an important role when reproducing sound in laboratory settings. In those situations, there can be a mismatch between the perception of sound coming from speakers and the sound received through headphones. Adjusting for this difference is important when developing authentic scene representations in 3D virtual reality. Loudness is encoded based on the distance from a source and what materials are in the space. ‘Wrong loudness’ in virtual settings can distract the user from full immersion in a scene.

Education in architectural acoustics enables students to comprehend architecture through listening and drawing.

Dr Llorca-Bofí and colleagues conducted a test with listeners who were asked to rate if the sound coming from a loudspeaker or from headphones was louder. Three different rooms were used: an office space, a reverberation chamber and a hemi-anechoic chamber that absorbs soundwaves. The results indicate that low-frequency and closed headphones lead to lower perceived loudness and that the influence of the room should also be accounted for. This test helps improve sound reproduction in simulated circumstances, thus developing accuracy and reliability in test settings.

One element of research and teaching on architectural acoustics and public space has been the development of teaching tools to help train architectural students. As a guide to inspiration and the generation of ideas, visuals have often been used; however, sound can also inspire ideas. Dr Llorca-Bofí has developed a soundscape based on domestic sounds such as voices and doors opening, which students were asked to listen to and then design the space it suggested to them. The ‘design fixation model’ uses external stimuli at the start of a project to stimulate ideas. The model is known to produce fewer results, but they are of a higher overall quality. In the next phase, the students were asked to fill out a questionnaire identifying elements of the architectural environment that are most valued in Western culture, and to assess the efficacy of the drawing method.

The Old City of Barcelona is surrounded by the urban area known as Eixample. This district is rich in pedestrian soundscapes due to the high number of outdoor, domestic and touristic activities.

The acoustics of architecture

Afterward, they were asked to produce a hand-drawn architectural space based on a second soundscape, and then fill out a subsequent questionnaire. Analysis of the results show that when students are given soundscapes, it can train the creative and imaginative process at the ‘insight’ stage of the design process. 72% of the 70 students produced photorealistic images, demonstrating that the sound sequence was powerful enough to generate a finished architectural design. There was also a diversity in how the students responded to the challenge, showing that the method enhances a student’s personal insight and ideas. The findings support education in architectural acoustics, enabling students to comprehend the acoustics of architecture through both listening and drawing.

The work of Dr Llorca-Bofí and colleagues is a significant contribution to knowledge on the role of sound in the built environment. The work informs how street performers can optimise suitable sites and how acoustic tests can be improved. The future of architecture is supported as students learn to use soundscapes as inspiration during the design process: research efforts unveiling the invisible wonder of sound in architecture. 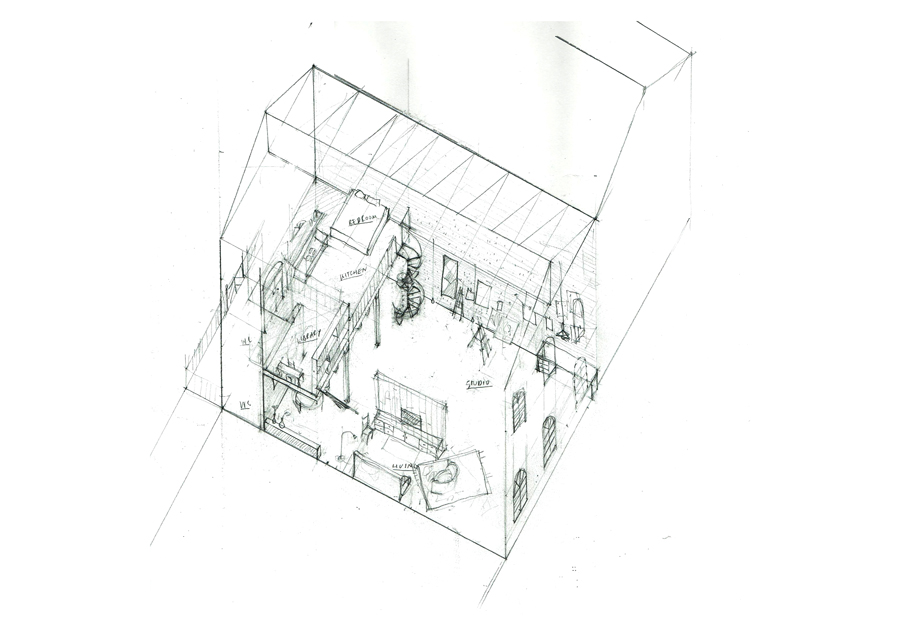 The architecture student Rebekah excelled with her drawings. Like her colleagues, she was presented with a soundscape of an unknown place and asked to draw the space she perceived without seeing it. The resulting design is the main goal of the “drawing the soundscape” methodology. https://polipapers.upv.es/index.php/EGA/article/view/11780: CC-BY

Are your findings helping to inform the future planning of public street performances?

Yes. The increasing interest in the sound qualities of cities puts this field of research under the spotlight. In particular, our researches have been in the debate for soundscape studies in cities like Valladolid (Ruiz et al., 2018), and have been speaking at the XIII International Conference on Virtual City and Territory in 2019.