Get Daily Email
Join/Login CLOSE
Home / Featured Content / Loneliness Is a Killer. Why Don’t We Talk About It? 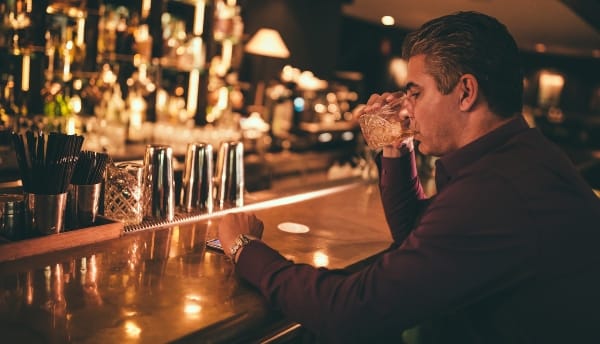 “Loneliness is a killer,” a friend recently wrote to me. We’ve all felt it, but we don’t like to admit it.

I don’t think there’s a lonelier place on Christmas Eve than a moderately-priced, residential hotel like the one I spent the night in a few years ago. The only other person I saw there was the desk clerk, who looked as if he’d volunteered to work because he too had no one with whom he could spend the holiday.

I had gone to the “Blue Christmas” service at my church, held for those who had experienced a loss in their lives that sapped the joy out of Christmas. I sat in the back of the room, not wanting anyone to see my grief, and like several others, I cried throughout the entire service.

I stopped at Walgreens to buy a bottle of wine, a wine opener, and a cinnamon-scented red candle before driving back to the hotel over streets that were empty of traffic. I could see families and friends inside some of the homes, enjoying the holiday together. As I pulled into the parking lot I spotted only one other car, as frozen and lonely as the desk clerk to whom it probably belonged. I walked down the silent hallway to my generic room that looked like every other moderately-priced hotel room I’d ever spent the night in.

I lit the candle, opened the wine, and began to drink right from the bottle, too emotionally drained to continue to cry and feeling very, very sorry for myself. I was lonely—an ocean of loneliness extended off to a horizon beyond which I could not see. Although I had a lot of friends, I also had a problem that seemed so shameful that I felt I could not share it with anyone. I was so ashamed that I believed even my family and most trusted friends would be as judgmental of me as I was of myself.

When I woke up Christmas morning, I found that I had drunk most of the bottle of wine and had fallen asleep with a lighted candled, which had fortunately burned itself out before it could burn its way into the generic cocktail table upon which it sat.

“What were you so ashamed of that you couldn’t tell anyone?” you might be asking, but I’m going to keep that to myself. That isn’t the point of this essay. The point is that shame is often not only the explanation for our loneliness but also the reason we do nothing about it. We isolate ourselves because we also are ashamed of being lonely.

Loneliness means we’ve failed in one of the most fundamental human domains: relationships with other people. After my drunken thoughts cleared, I decided that the solution for me was to nurture and expand my relationships to prevent me from ever feeling that lonely again.

Loneliness is epidemic in the United States, and it carries with it risks to our mortality. The mortality risks are comparable to smoking and alcoholism and exceed those of physical inactivity and obesity. Loneliness affects chronic health problems such as diabetes, hypertension, and coronary artery disease, as well as sleep, mobility, and even dental problems. It can impact our cognitive processes and lead to reduced resistance to disease. It is associated with higher rates of hospitalization and nursing home admission. Denial of loneliness can be horribly self-defeating.

Loneliness comes when our relationships with others are not meeting our expectations. Having a lot of friends, as I did, did not protect me from loneliness. You need a special friend or friends with whom you can share your darkest secrets.

The internet is a blessing and a curse in this regard; it can be used as a tool to engage with others, or it can become a way to avoid intimate connection with others. Online relationships are not a substitute for face-to-face ones.

The keys to fighting loneliness are:

Our planners and our checkbooks are a guide to our values. My calendar was full as I spent my life rushing from appointment to appointment, meeting to meeting. I was busy, and in the United States, being busy is always an acceptable excuse for not doing things with others. I used my checkbook instead of my time to invest in those values I felt were important. Then, on a visit with some Canadian friends, I began to see time as something that can be either measured or experienced, and I had spent my life just measuring it.

Being married or partnered is not a protection against loneliness, and not being married isn’t a life sentence of loneliness. Not being paired with someone doesn’t mean something is wrong with you. But we do need others in our lives.

Men traditionally are less skilled at social relationships and are at higher risk for loneliness, especially when they leave confined, densely populated situations such as college or the military. And men feel the stigma of loneliness more than women because admitting loneliness is considered a sign of weakness. Men are socialized to “suck it up” and not talk about it.

I’d grown up in that “suck it up” world, but I’ve found that approach doesn’t work very well. Now in my seventh decade of life, I have begun to reorder my priorities. Being successful as I age is a product of good health and economic stability, but most of all, important relationships with others. I hear from people all the time who are lonely, and I tell them that there are others out there who are also lonely and looking to find them. But finding that special friend means taking some risks. Love and risk are inseparable.

Throughout my life, my dogs often have served as protection against loneliness. Dogs can be particularly important to those for whom socializing with humans is just too risky or painful. There is not much you can do short of being cruel to them that will cost you their acceptance and loyalty, and they never tell your secrets to anyone. (When dogs or cats aren’t a possibility, even a bird or a guinea pig can help reduce feelings of loneliness.)

We find friends through shared common interests. Walking your dog is always a good way to meet others with whom you have at least one thing in common, a love for dogs. And there’s a good chance that—should the need arise—you can sneak a dog into an empty hotel, undetected.

When we feel shame, we isolate ourselves. And then we’re ashamed of being lonely, so we isolate ourselves even further. I survived that Christmas. I never lost hope that I would; I just didn’t know how I would. But it was up to me to find someone. Someone who would accept me in spite of my shame and help me to forgive myself.

Facebook146TweetPin1EmailShares147
wpDiscuz
Share this ArticleLike this article? Email it to a friend!
Email sent!