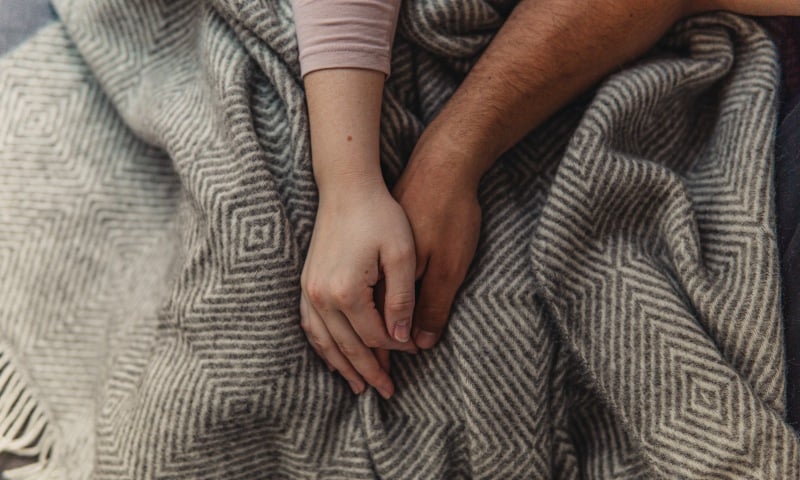 Almost every couple I’ve known in a long distance relationship has broken up, citing reasons like the distance, lack of communication, or trust. I’ve had people praise me and my partner for making it work as long as we did (anywhere between four months to a year), as many times as we did (3 goddamn times).

Psst. Here’s a secret. Relationships work because of effort, compatibility, and the deliberate act of choosing love. They’ll work in a 500 sq foot house, or a thousand miles apart. Trust, proximity, and communication are not issues that you will only run into in long distance relationships.

More often than not, those three are used as excuses as to why a long distance relationship didn’t work — those excuses are only hiding the underlying problems.

Here’s the thing: It’s not long distance. It’s you. (ie, your relationship)

Distance is hard on a relationship, sure. But that shouldn’t be the only thing that separates you. If the idea of driving an hour to see your partner turns you off; it’s not the commute, it’s the person.

What happens when that person moves to your city, and then the idea of sitting in traffic after work to meet them for drinks suddenly seems like too much. Maybe their apartment is across town. Sure, you can use ‘distance’ as an excuse again, but that’s weak.

It’s a lack of effort.

All relationships require a bit of sacrifice — if you’re not willing to do that, you shouldn’t be in one.

I can understand the awkwardness and forced feeling of calling someone every night, but if you’re not a “phone person”, or only want “real life conversations”, you’re not cut out for a long distance relationship.

I hate being on the phone all the time — but when the Boyfriend and I first started dating, I would spend every Saturday morning in bed, on Skype for hours. There was never enough time to share everything; when we moved in together two years later, I was still learning about them. Five years later, we still never “run out of things to say”.

On that front, don’t act as if communication problems only exist when you’re not in the same city (province, state, country, ect.). And, maybe don’t expect the communication issues you may have in a LDR (I hate the acronym, but I hate typing long term relationship even more) to simply go away when you finally reunite.

Close your eyes and pretend you’re sitting across from them in a cozy restaurant. If there’s still nothing popping into your head to chat about, it’s not communication. It’s a lack of compatibility.

Trust vs Choosing to Love

Someone asked me that in my last year of high school, and while I was upset, I understand. We had only known each other four weeks before he left for university — in many cases, what we had wouldn’t have worked.

Here’s the thing: I wouldn’t have gotten into that relationship if I didn’t trust him. If I didn’t believe that he was making the choice to love me.

Oh you heard me right. Love is a goddamn choice. It’s an act. It’s deliberate. It’s choosing, it’s doing. There was trust because there was love.

Or, rather than trust, there was an understanding that there was love, mutual respect, and on my part, an acceptance that I don’t control the situation — I was choosing to love, and believing that he was doing the same.

I’ve been in a relationship for over 5 years, and I attribute a lot of it to the long distance beginning. We got to know each other through Skype and text messages, we learned how to deal with arguments calmly without hanging up on each other, we learned patience and honesty, and openness. You don’t need to be in a long distance relationship for those characteristics to appear in your relationship, but they’re necessary to learn.

I get a little angry when people blame long distance for their relationship failures — maybe because they always follow it up with, “you two were so lucky it worked out.”

It was effort and tears, and months apart. It was sad, but not because of a lack of trust or communication. It was sad because I couldn’t hold his hand, or receive those little kisses on my forehead that make me so happy.

It was effort, deliberate choices, and decisions to make things work, even when it felt difficult.

To be fair, our long distance relationship had a few perks: we were in the same province, we saw each other at least once every two months, and we knew each time going into it that there was an end date for our time apart. Without those things, LDRs can be a lot more difficult.

However! Distance does not make or break a relationship. It can be hard, sure, but the reward is so goddamn worth it.

If there are failures due to distance, trust, or communication, take a look at your relationship. Look at how you are as a couple. Chances are, it’s not the distance. It’s you.

Capturing the essence of social behaviour and culture. & writing about love. Hello and welcome.