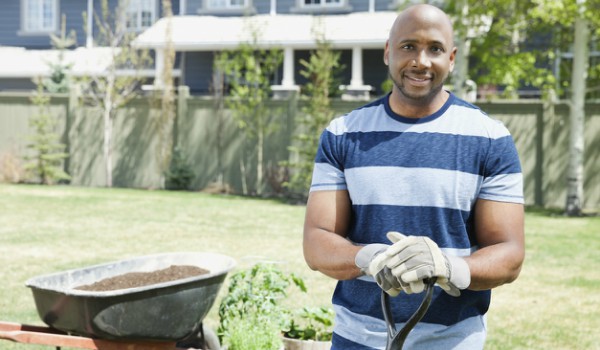 —
What makes some men genetically susceptible to male pattern baldness? Which genes have wrought this havoc, and which of our parents gave them to us? Unsurprisingly, this is difficult to pick apart. It’s certainly not as simple as saying “like father, like son”; in fact, there’s a commonly held belief that male pattern baldness comes down the maternal line. When this was investigated by a team of scientists in 2005, they did indeed find that a variant on the X chromosome (inherited from the mother) was a “cardinal prerequisite” for early-onset male pattern hair loss – specifically a genetic variation in the androgen receptor (AR) gene.

We know that the androgen receptor regulates the effects of androgen hormones in the body, and that one of these – dihydrotestosterone – is the chemical that’s largely responsible for making our hair fall out, so it seems to make sense that the AR gene plays a part in the condition. But you can’t lay the blame entirely on your mother. The same scientists also stressed that other factors may be at play, “which could explain the similarity of the androgenetic alopecia pattern of fathers and sons”.

Since then, studies have discovered a number of other genetic variants that are likely to play a part. Two papers published in 2008 found a susceptibility in the region of chromosome 20 known as 20p11.22. One of those, which studied four groups from Switzerland, Iceland, the Netherlands and the UK, concluded that men with the variants in this region and in the androgen receptor gene were seven times as likely to develop androgenetic alopecia as men with neither. The number of men with that combination was 14 per cent – approximately one-seventh of the population.

Another paper, published in 2012, confirmed male pattern baldness’s links with the AR gene and chromosome 20, but also found that the condition had genetic associations with decreased fertility and Parkinson’s disease. A paper last year recognised associations with 29 variants across six chromosomes, while a recent review of all related studies to date concluded that while 12 genomic regions and a larger number of genes had been implicated, most of the contributing genetic risk factors are still to be identified.

The search is further complicated by the fact that the genetic causes vary between populations. Three variants on the X chromosome, which are known to be a factor in the condition in European men, have been found to be “monomorphic” among Han Chinese, meaning they are unlikely to play a role in their condition.

Long-term, the hope is that an understanding of the genetics will lead to new treatments for androgenetic alopecia – but while the pathobiology is painstakingly unravelled, we’re just going to have to hang on to our hats.

A version of this post was previously published on Mosaicscience.com and is republished under a Creative Commons license.

About Chris Baraniuk from Mosaic Science

Chris Baraniuk is a freelance science and technology journalist originally from Northern Ireland, now based in London. He adamantly refuses to settle on any one particular field and as such has covered a variety of subjects – from wildlife crime and conservation to biomedical research.

His work has been published by the BBC, New Scientist, Scientific American, Wired, the Economist and the Verge. He occasionally makes appearances on BBC television and radio.