It is easy to assume that the sex most affected by body image issues is women, but that is not the case. This is not to say that women are not pressured to have the best shape they can, but men are also feeling the pressure.

Men may not pay attention to fashion magazines where the importance of body shape is obvious, but that does not mean they are not bombarded with images as well.

The images men see are mostly promotional material for apparel or underwear. This has been true for ages, but there are subtle subliminal messages out there that can be found in mediums such as film, especially in today’s modern age cinema.

Not many would deny the fact that the superhero film genre has risen significantly over the last few years. This is an exciting time for many who grew up loving the comics and TV shows based on these characters, but this genre is also drawing attention from regular folks.

It has been pointed out that superhero movies have a lot of male superheroes rather than women, which is slowly changing, but the fact remains. These men are depicted by actors who are incredibly fit, which is probably one reason men are looking in the mirror and not liking what they see.

As mentioned earlier, some men are going to the gym to satisfy their body image goals, but others are becoming victims of body image-related mental issues. Some men are becoming depressed or develop eating disorders because they are not happy with their bodies.

These mental disorders are forcing men and even adolescents to see a therapist or psychologist, which is not cheap.

Some might imagine that men affected by mental disorders like depression seem fine because many just hit the gym, but appearances can be deceiving. Some men go beyond just wanting to be healthy and develop an obsession with fitness to the point that it might interfere with other aspects of life, such as relationships.

Furthermore, there are a number of men developing a dangerous obsession with fitness, and they begin to take drugs such as steroids. There is no doubt that a man taking steroids just to reach that ideal physique needs help.

Battle Against the Pressure

There are a number of ways men can fight the issues sprouting up from this pressure. For example, men should talk to a mental health specialist about these issues.

Some men are turning to group therapy to talk to others about their body image problems, which can help overcome the pressure due to all the support. Many of these support groups focus on showing the difference between being healthy versus the desire to have an unrealistic superhero physique.

Men who, thankfully, understand the difference between healthy and wanting to achieve something unreachable are ready to take the next step.

Some start eating healthy while others just go to the gym. Some dealing with overweight issues turn to cosmetic specialists to try to be healthier. It is important to talk to well-reviewed cosmetic specialists, such as those at Cosmos Clinic about the options available to deal with this problem with solutions like liposuction.

There is no doubt that men are finding healthy ways to feel good about themselves and their bodies once again. Overcoming this battle against body image pressure is just part of the ongoing war, which is something that women have been going through for ages.

Andre Smith is a freelance content writer living in California. He studied creative writing at Griffith University (Australia), writes for Knoji and Elance. When he isn't writing or chasing his twin toddlers around the Atascadero Ranch in California, he is exploring Baja California on his enduro-motorcycle or searching the Sonora Desert for evidence of Carlos Castaneda's tutelage under Don Juan Matus. 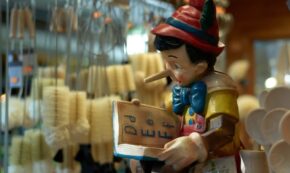 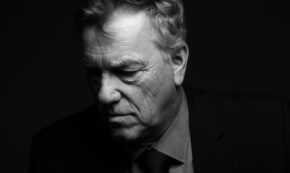 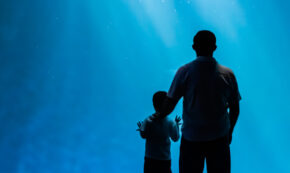 FacebookTweetPinEmailShares41
wpDiscuz
0
0
Would love your thoughts, please comment.x
()
x
| Reply
Share this ArticleLike this article? Email it to a friend!
Email sent!