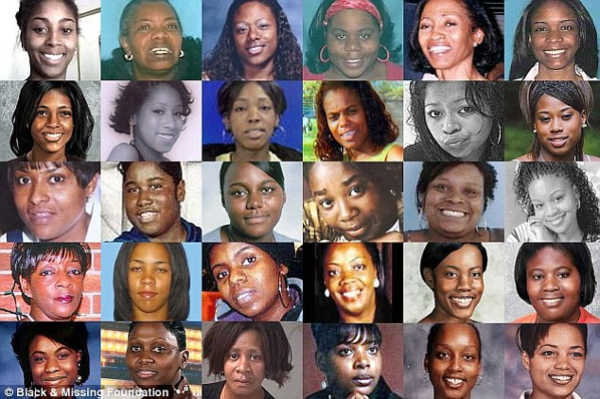 “The problem has been going on for hundreds of years with little to no intervention by the federal government.” -Sarah Deer

The above quote is from Sarah Deer, a University of Kansas professor who researches violence against Native women. It’s telling that the government is only guessing as to how many Native American women are victims. In 2016, the National Crime Information Center reported 5,712 cases of missing Native American and Alaska Native women and girls. The Department of Justice database, NamUs, listed only 116 cases. These statistics only refer to the missing and say nothing of the murdered. The Center for Disease Control says that murder is the third-leading cause of death among these women. Those that live on reservations are subject to violence at a rate ten times the national average. No statistics exist for 71% of Native women that live in urban areas.

“If no one knows about it, then no one’s doing anything to find them or to help them get the assistance they need.” -Natalie Wilson

Natalie Wilson is the co-founder of the Black and Missing Foundation. She says minority children often get classified as “runaways,” with no foundation. They don’t get Amber Alerts and aren’t covered in the news. While a third of missing children in the FBI database are black, only 20% make the news, fewer still get a headline. The organization, Black and Missing, attributes the disparity in coverage and search efforts to desensitization because many blacks live in impoverished conditions and “crime is a regular part of their lives.”

“Nationwide, the voices of Indigenous people have united to raise awareness of missing and murdered Indigenous women and girls (MMIWG). Though awareness of the crisis is growing, data on the realities of this violence is scarce.”

This quote is from a report attempting to gather data from 71 cities nationwide on the status of Native and Alaskan Native women. The study noted a lack of resources and poor data collection by those cities which undoubtedly led to a serious undercount. They pointed out the “institutional practices that allow them to disappear not once, but three times — in life, in the media, and in the data.” The Urban Indian Health Institute (UIHI) says this leads to the perception that off-reservation violence isn’t a concern. Another issue impacting the data is the misclassification of some Native Americans as white. Their heritage was lost as well as their lives.

“A serial killer often will kill a significant number of women and leave them in abandoned buildings or alleyways or trashcans. That is exactly what’s been happening in Chicago for the last 18 years.”

Black women aren’t exempt from faulty data minimizing their danger. In Chicago, activists and community leaders have screamed there was a serial killer in their midst yet nobody listened. After 51 bodies of strangled black women were discovered in abandoned buildings, alleyways, and vacant lots since 2001. The FBI and Chicago police formed a task force to look at the possibility of a serial killer targeting black women. Chicago police spokesman, Howard Ludwig, downplayed the possibility saying, “ the evidence doesn’t point to a serial killer at this point.” Police have also made statements saying reports on social media were false and pointed out that some allegedly missing women later turned up. The 51 strangled women were still dead, their murders were not alleged.

“Native American women face particularly high rates of violence, with at least half suffering sexual or intimate-partner violence in their lifetime. Too many of these families have experienced the loss of loved ones who went missing or were murdered.” — Attorney General Bill Barr

On November 22, 2019, the Justice Department launched a “National Strategy to Address Missing and Murdered Indigenous People.” There are many promises (with the limited funding of $1.5 million) made by a government that has broken every treaty it ever made with Native Americans. The announcement was made at the Flathead Reservation in Montana, home of the Confederated Salish and Kootenai Tribes (CSKT), CSKT Chairman Ronald Trahan said,“we’re honored to host Attorney General William Barr to the homeland of the Confederated Salish and Kootenai Tribes. There are many issues we’d like to discuss including one that is particularly important, the Missing and Murdered Indigenous Persons efforts. Knowing that Attorney General Barr is working to secure the safety of our people brings us comfort in the face of a challenging issue.” Time will tell as to how serious or successful the initiative will be. The government did get a press release out of it.

“More Black Women Are Killed In America Than Any Other Race, A New CDC Report Says”

In a July 22, 2017 article by Morgan Brinlee. She broke down CDC findings that prove the premise in the title. These statistics include more that the missing and murdered but domestic violence as well. The same CDC study highlights the high rate of death experienced by Native people, indeed all people of color.

This is the part of the story where I would share the government effort to protect black women in addition to Native American and Alaskan Native women but alas, no such task force exits. The effort to address the needs of indigenous people is to be applauded, it’s not enough, black women along with Latino women whose data has been lumped in with whites and not distinguishable, count too. By percentage, all their deaths exceed the average.

One of the things we as individuals can do in the event someone goes missing is to report it immediately. Many people believe there’s a 24–48 hour waiting period before a missing person can be reported. This varies depending on the jurisdiction but missing persons should be reported immediately. If your knowledge of the victim’s habits suggests she isn’t a runaway or simply a few hours late; make the call and be prepared to be persistent.

If you see something; say something! Women are sometimes abducted from their homes, public places, or off the streets. If you see a woman/child being forced into a car. Get whatever information you safely can and report it. Many communities are averse to being snitches but this is a definite exception. Ask yourself; what if it were my sister, my mother, my daughter, my wife?

This situation will only be fully addressed by police, Congress, and the White House if people make it an issue. In addition to the murdered; there are women and children who are kidnapped and trafficked. This article only scratches the surface of the problem which only highlights how large it is. Every one of us has a part to play in eradicating this situation. Start today.

Facebook235TweetPinEmailShares235
wpDiscuz
Share this ArticleLike this article? Email it to a friend!
Email sent!