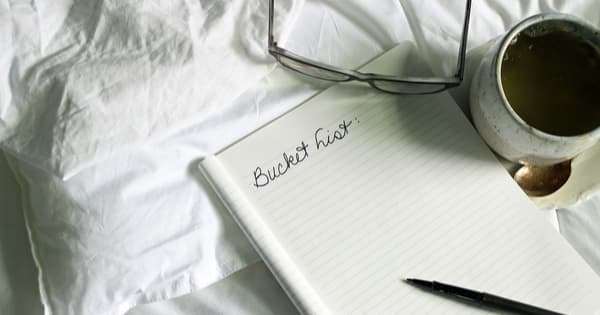 I’m creating my own kind of bucket list. Not the usual listing of things I wish to do before I leave this earth, but an accounting of the gracious drops of kindness that have filled my pail to the brim. Whether the contribution was a single drip from an eyedropper or gallons upon gallons of generosity, all have buoyed my soul, washed away hours of pain, and carried me through turbulent trials.

And so I have decided to make a conscious effort to recognize these not-so-random acts. Some were as temporary as the morning dew, but equaling as cooling. Others have been like IVs, injecting nourishment continually. A few were summer storms: electrifying, powerful, and brief. Whether their perpetrators knew it or not, each and every one made a significant impact. They quenched my drought in spirit and left me flooded with gratitude.

My first story takes place when I was a young mother of two toddlers: Albert, age two-and-a-half and Nicholas, just past one. Our family of four was living in Washington State, about 1,000 miles away from most of our family in Southern California. In the 18 months since we had moved there, we had entered into a lovely circle of friends. We were in the early stages of a close, tight-knit relationship. Only time would tell if the stitches would unravel or interweave for a lifetime.

Albert had become very sick with what seemed to be the flu. We soon learned his rapid decline was due to Type 1 diabetes (T1D). He was initially admitted to the hospital for 10 days. Within 24 hours of returning home, he acquired the stomach flu again – a very dangerous situation for any T1D let alone a newly-diagnosed toddler. He returned to the hospital for nearly another week to get him stabilized.

During both hospital stays, my husband, Matt, and I took turns sleeping by Albert’s side. We would both spend our days there, alternating who would remain with him at night and who would go home to take care of Nicholas. Thankfully, one of our friends offered to watch Nicholas while we were at the hospital. Her youngest daughter was his same age and they were like two peas in a pod. While we were learning the perils of over or under dosing insulin, our younger son was enjoying an extended play date.

Needless to say, Matt and I were frazzled. Lack of sleep and worry were leaching away our composure. Fear shrieked through our minds as we relearned how to care for our first-born child. Not to mention we had a one-year-old confused by the prolonged absence of his parents. And the house – oh the house! It was one more thing not receiving a clean bill of health. Gazing at this noise and confusion was only ramping up my anxiety. I felt utterly inadequate and completely unable to do anything about it.

In between hospital visits, another member of our group dropped by to bring us dinner and see how we were doing. This particular friend was the meticulous one in our circle. You know the type – the person whose home is pristine – spic and span – downright gleaming. No dust bunny is ever allowed to propagate in her abode. You’d think the envy would evolve to hate, but it never does, because she is just that nice and charming.

When she arrived, I was perched among piles of laundry that hoarded every square inch of my sofa. Additional mounds of clothing engulfed my feet. Mortified, I shoved the heaps aside so she could sit alongside me. We chitchatted. She asked if there was anything else she could do. What little was left of my mental capabilities silently screamed: PLEASE – HELP ME CLEAN MY HOUSE!!! Still, I was appalled by the vision of her viewing the expanding black rings crowning my toilet bowls. “No, but thank you. We’re doing OK,” I lied.

She didn’t let on, but she didn’t believe a word I said.

The second hospital stay re-initiated the child care round robin. One morning, when Matt dropped off Nicholas, our babysitting friend asked him for a key to our house. “In case Nicholas needs some extra diapers,” she explained. Not realizing that I would be humiliated if anyone saw just how wretched a pigsty we were living in, he handed it over readily. The moment he left, our group commenced their latest escapade of kindness.

Up to this point in this particular trial, I hadn’t really cried. To me, it was a luxury I couldn’t afford. Honestly, I was afraid if I started I would lose any ability to function. So, I corked my tears and kept going.

It was my turn to stay home with Nicholas. The moment I unlocked the door, I knew something was amiss. Instead of the dirt and mildew aroma that usually wafted a greeting, I was welcomed by the delicate scent of pine sol. The disheveled cache of clothing was neatly sorted and folded. The soiled apparel that had overflowed every bedroom hamper was now Downy-fresh and stacked alongside. Everything sparkled – including the toilets! Right in the middle of my kitchen table was a vase filled with fresh-cut flowers. I took one look at that arrangement, collapsed to the floor, and sobbed.

That moment of release is forever tattooed in my memory. It is the point in time I cling to when I am overwhelmed; when I suppose I am alone. Without waiting for me to ask, my friends sensed what I needed and went into action. They saw through my desperate bravado. They cut through the grime and the grit of the situation. By cleaning my house, they wiped away part of the chaos and polished my sanity. I am forever and for all eternity, grateful.

This post was previously published on Big Girl Panties and is republished here with permission from the author.
—

Facebook30Tweet2PinEmailShares32
wpDiscuz
0
0
Would love your thoughts, please comment.x
()
x
| Reply
Share this ArticleLike this article? Email it to a friend!
Email sent!