Get Daily Email
Join/Login CLOSE
Home / Featured Content / My Friend Called Me Fat. I Needed to Hear It. 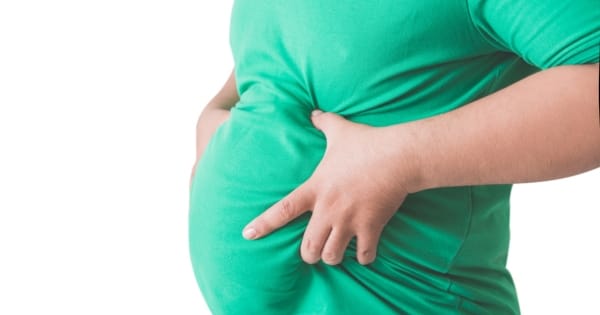 —
Like anyone who attends classes such as water aerobics or Zumba, sometimes I go to the gym just to pretend I’m being healthy. I’m not doing much by way of fitness, but hey! At least I can say, “I went to the gym.”

One particular day, my friend Richard was there.

We don’t see one another often enough and, now that I really think of it, our last several interactions all happened by happenstance at the gym. For whatever reason, one of us was off our routine and there at the same time as the other, instead of when we usually go.

We got to talking and, at one point, I looked at my fitness tracker and lamented, “Man, I haven’t burned any calories this workout.”

Without skipping a beat, Richard poked me right in my Pillsbury Doughboy belly and said with a laugh, “That’s because you’re fat. Your body is holding on to what it thinks you need, because you’ve been sedentary for so long.”

I nodded my head and laughed in embarrassment.

He’d called me out, which is what friends do. Especially when the message is harsh.

Some people call it fat shaming; I call it being honest. If there’s a difference between the two, fat shaming would probably be pointing out (or making fun of) the body shape of a stranger.
Friends, however, should live in the no-holds-barred territory.

With the rise of the body acceptance movement—which, for the record, I’m for (no one should be made to feel bad about who they are for any reason)—has come the rise of obesity in America.

Look at that flip: the healthiest state today is more obese than the most obese state was less than 30 years ago.

That, to put it mildly, no es bueno.

With obesity comes health problem: Type 2 diabetes, heart disease, hypertension, and arthritis (because when you’re carrying around extra weight, it’s hard on ‘dem bones and their respective joints), for examples.

The problems with combating obesity are multiple; no one ever said it was easy.

First off, no one wakes up “obese.” It’s not an overnight thing that jumps you like a mugger in a dark alley. Obesity creeps up on you slowly. When you see yourself every day, change is difficult to discern. To quote Pink Floyd, “Then one day you find, ten years have got behind you…” and your body is different. Which is to be expected; no one can have the same body they did when they were fifteen or twenty years old.

I also—and this is key—don’t have his willpower.

Because the first few items in the Brad Pitt list are legitimate excuses, but the final one is not.

Other than winning the lottery, everything in life involves willpower. Effort. Blood, sweat, and tears. Aside from the very rare savant, no one wakes up a world-class violin player. To play any instrument you need to practice, and to lose weight you need to have a dedicated focus on diet and exercise.

Which is why I think the show The Biggest Loser hurt the idea of weight loss as much as it helped it. By that, I mean that show did one thing good, and one thing horrible. On the plus side, at the beginning of every season, contestants listed every medication they were taking, and why. Somewhere toward the end of every season, the contestants no longer needed those medications because they were healthier. That shows how horrible obesity is for the body.

What the show did wrong was to turn weight loss into a quick-fix spectacle. They had people exercise non-stop and starve themselves into weight loss. It was unhealthy, and critics of the show were right to blast it. Which means a better show would have been a year-long biggest loser. Instead of several months where people dropped hundreds of pounds, a show that lasted one year and at the end maybe twenty, or fifty pounds had been lost. Something honest, and real, where they showed people how to lose weight over the long term, not just force it off quickly—because forcing it off quickly led to many contestants gaining it all right back once they got home.

Slow and steady is what I’m shooting for. A slow and steady removal of mah belly. Because if I don’t do start now, in ten more years things will only be worse.

Do you want to be part of creating a kinder, more inclusive society?
Join like-min
—
Photo credit: Shutterstock