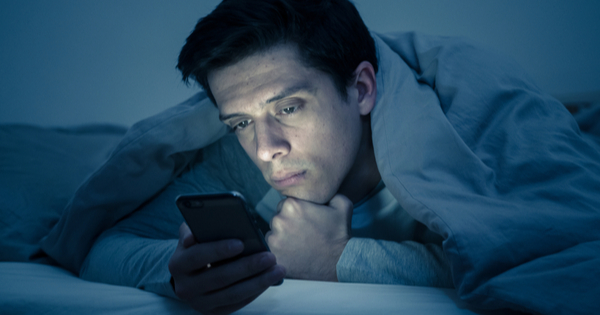 When he popped up on Skype, I had no idea who he was.

The picture was anonymous. There were no details. I had not even given my username out to anyone that I could recall.

Yet for whatever reason, I responded.

In no time he had sent pictures of himself. Largely tasteful, but still provocative. He said he was from Tennessee and had seen me pop up as a recommended contact.

He was cute. Real cute.

I found it weird, but like everyone who loses themselves in the eyes of a handsome stranger, I continued the conversation anyway.

The first night he asked me when he should text me the next morning so he didn’t disturb me. I’m not sure if I’ve ever had a man ask me that questions before, but I said he could just text me when he was up.

He sent me multiple selfies that day. The second I answered his texts, a new one popped in. He had pictures in his work clothes, but it didn’t seem like he got a lot of work done.

Eventually he opened up about his wife. His first gay experience. And then, the real show-stopper.

By that second night, he wanted to virtually meet.

Too entranced by what this random dude wanted with me. I also, honestly, felt kinda bad. He was clearly struggling under the weight of a loveless marriage, his sexuality being rejected by his family, and a brand new child.

The facetime was pleasant — almost uncomfortably so. He sat by a fire with a glass of wine while his wife met with her virtual puzzle group inside the house. He was incredibly kind considering the weight of his world.

By the next day, however, I felt suffocated. When texts weren’t returned in a matter of moments, he would text me again. I was spending more time looking at my phone than getting things done.

So I told him I needed a minute to breathe.

Our first fight, if you could call it that.

He wasn’t upset, but it was clear the constant texting was a sign of distress. Someone to lean on. Someone to bring a little brightness to his day.

While the conversation often turned sexual, I didn’t have the heart to stop it. First because I’m critical of how rigid monogamy can be, but also because I knew this man needed some sort of honest connection with who he is. Something he was not receiving at home.

That night we spoke again to clear the air.

Well, there was that too.

But a part of me did wonder: What if this man could live authentically? What if the weight of cultural expectations, his family’s religion, and internalized homophobia never manifested?

In some sense, it was flattering to be called attractive. But I also wondered how this man had gotten himself into this situation and how, if ever, he could escape it.

I wished nothing more than for him to be happy.

But I’ve talked to a few of these men before: Some who have spent decades with women whom they do not love. Looking to fulfill their internal desires in the spirit of a young man they have no capacity to truly be with. Stuck under expectations beat into them by a culture that so dampens who you are until you’re only a shell of a person.

He took the weekend off for a family trip.

It didn’t faze me a bit when he returned, messaged me for a while, but then said his wife was onto him. This had to end.

In that moment, I took a sigh of relief.

I felt no desire to fall in love with someone 800 miles away, but I did feel pressure to be there for him. I know too well the pain of living in an inescapable closet.

But it wasn’t my duty. And it’s not my journey.

Who knows if I’ll hear again from the married dad of a 14-month-old in Tennessee. I just hope I don’t hear from him again in 15 years, pained with regret over the path he chose. Running away from who he is for fear of obligation and acceptance.

I’ll be there for him to cry, of course.

But it will make me cry all the same. 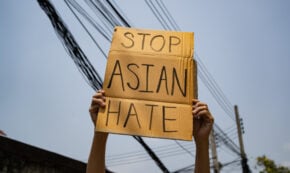