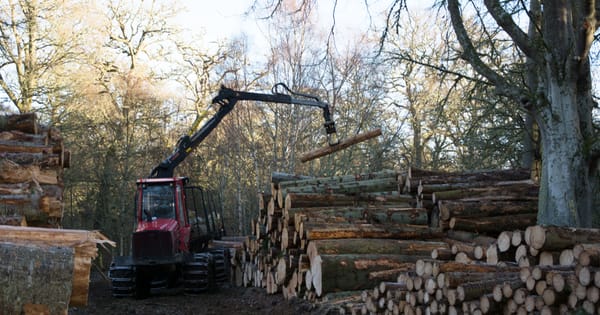 Myanmar’s Timber Merchants Association is crying foul over what they say are the devastating impacts from a one-year logging ban and new, restrictive government policies. Soe Win, secretary of the Association, told domestic media Voice Daily that approximately 80 percent of wood processing plants have been forced to close their doors for lack of timber.

According to Win, the Burmese government’s decision to institute a one-year ban on domestic logging for export on anything other than certified and stockpiled wood is largely to blame for current business failures.

The government has claimed that the illegal harvest and export of both prized teak and non-teak wood was “drastically reduced” during the 2016-2017 logging ban. Yet according to reports, the ban was largely ineffective. A Mongabay investigative series published in late 2017 found that much of the timber harvested in Myanmar actually crosses the border illegally to China after it is made into charcoal.

The local currency has also depreciated, pushing up the price of importing raw materials for use in production and making it cheaper for exporters to legally import timber.

According to analysts, the country is hampered until it has a verifiable chain of custody system that EU importers can use to satisfy the due diligence requirements of the EUTR.

Forest department export permits remain difficult to obtain domestically. It is even more difficult to get exports approved for import in the EU. Up until now, Myanmar has had no way to independently verify supply chain compliance.

Facing what experts are predicting will be a sharp decline in the trade of teak products to the EU, Myanmar is also looking to start allowing private plantation forests to export. Plantation logs are typically smaller than natural forest logs and are better-suited to foreign mills, according to Myanmar’s Deputy Director General of the Forestry Department Zaw Min. The plantations are mostly teak and some other hardwoods and cover about 80,000 hectares.