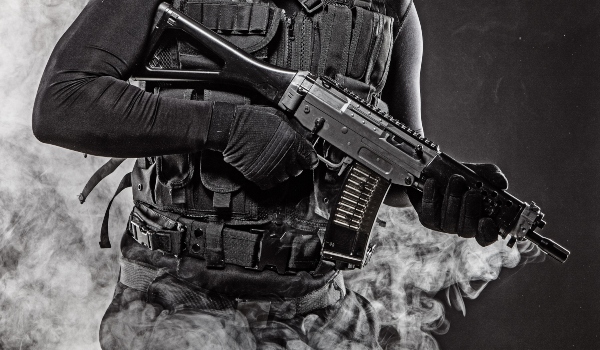 I grew up in a household where my father was the only person permitted to own, let alone show, any emotion, whether anger, grief or tenderness. I recognize that today as a sign of his bullying narcissism, everything ultimately being about him, and in such an atmosphere a family couldn’t, and this case didn’t, survive.

I see parallels with the recent school shooting in Broward County in south Florida. One reason politicians don’t do anything about controlling guns is that they secretly want that kind of firepower to blow away those whom they see as enemies.

Work with me, please.

This is much bigger than just guns; I see the real issue as the ability and willingness to push people around at will under the guise of “self-defense.” Essentially, I’m talking about a form of self-worship where the only thing that matters is what Charles Stanley has referred to as “the big I.”

And in this scenario, no dissent is tolerated. To give one example, the reaction to NFL players “taking a knee” during the national anthem was widely regarded as sacrilegious, never mind that they were protesting police brutality. (The real issue wasn’t when they protested; it was that they protested because no one but them is allowed to take a stand.)

Part of that stems from talk-radio, which of course got started in the late 1980s, was inherently divisive and, because of ratings, became a cash cow for stations. I refused to listen to most of it, but some years ago a then-co-worker challenged me to listen to one particular talk-show host for one week; I did — and got physically sick. After a while I realized that it resembled listening to the devil — all accusations and no solutions.

See, when it’s all about you any entity that claims to want “justice” is seen as a threat because it’s regarded as at your expense. You and you alone are entitled to liberty and anyone who dissents needs to be put in his place — thus the excuse of “government tyranny” when the issue of gun control is even broached. (The folks most obsessed with “tyranny” are the same more likely to become tyrants in their own right for that very reason — tyrants have no regard for anyone else. And remember that narcissists are self-referencing; thus, they believe that everyone else is just like them.) That’s the real tragedy in all these gun deaths — folks don’t recognize that power is the problem.

Frankly, I don’t know how to fix this. I’m not entirely convinced that reducing the number of guns on the street will make streets and schools safer, though I don’t oppose that. Rather, at some point people need to drop the defensiveness and not see everyone not like themselves as dangerous. That might lead to the delusion of the former student who shot up the school yesterday.

Dad, once angry at me because I didn’t do what he wanted, said to me in response, “You crossed me four times — nobody crosses me!” I don’t even remember the details, which probably aren’t important anyway because I apparently exposed his insecurity.

And that, more than anything, is what causes people to lash out. It’s also a reason why blaming the National Rifle Association doesn’t touch the heart of the matter; its members make a ton of money from that insecurity.

Facebook47TweetPinEmailShares47
wpDiscuz
Share this ArticleLike this article? Email it to a friend!
Email sent!